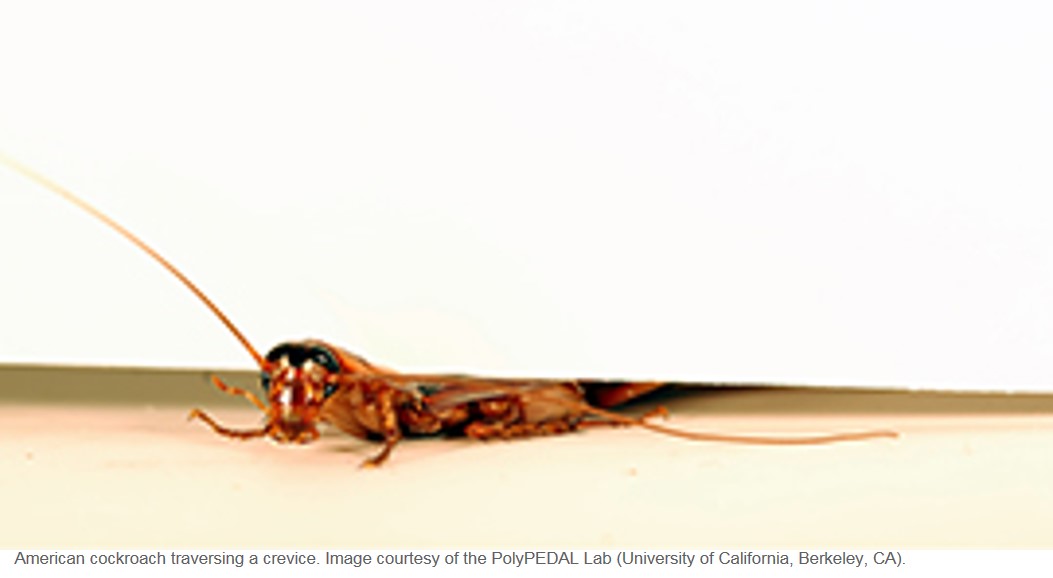 To quantify the limits of this ability, researchers constructed an obstacle course for the American cockroach (Periplaneta americana). The authors found that P. americana can slip through a space smaller than a quarter of its standing body height in less than 1 second by compressing its exoskeleton to around half its original size. Also, these insects continue to move rapidly in confined spaces, at speeds of approximately 20 body lengths per second.

Next, the authors altered the friction of the ceiling and ground and determined that cockroaches run in confined spaces using a previously unreported mode of locomotion dubbed body-friction legged crawling.

Inspired by P. americana, the authors built a palm-sized, soft-legged robot that can compress itself by more than half to negotiate confined spaces, aided by a low-friction shell.

According to the authors, cockroaches represent a suitable model for insect-inspired robots that can navigate challenging spaces, such as rubble piles in disaster zones. The 'airbag' that protects cells against stress