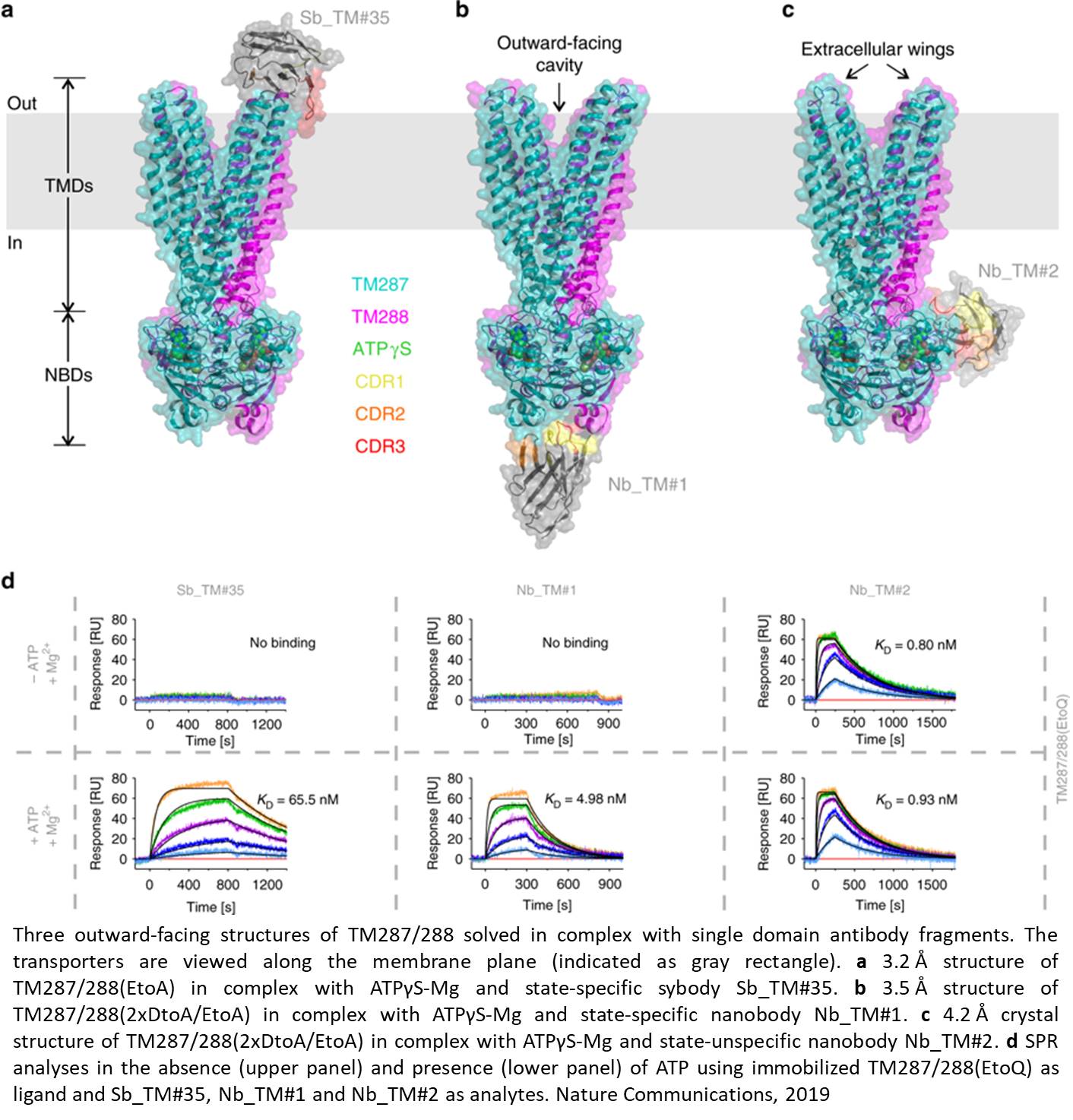 An international research team has investigated the transport mechanism of a bacterial membrane protein using an artificially produced antibody fragment. The transport proteins, called ABC exporters, are present, for instance, in the cell membranes of bacteria and in large quantities in cancer cells and are responsible for transporting small molecules out of the cells. Some transporters can pump antibiotics or chemotherapy agents out of the cells, thus rendering therapies ineffective.

In the current study, researchers worked with isolated ABC exporters and showed how substrate transport is related to the energy drive of the protein and how both can be modified by an antibody fragment or by mutations. The results were published in the journal Nature Communications.

ABC exporters consume energy when transporting molecules out of the cells. They obtain this from the splitting of the energy storage molecule ATP on the inside of the membrane. Broadly speaking, the ABC exporter is comprised of three areas: the energy-providing motor inside the cell, a connector that extends through the cell membrane, and a gate on the outside of the membrane.

The researchers developed an artificial antibody fragment, also known as a sybody, that docked at the isolated ABC exporter in the test tube. Using X-ray crystallography and electron spin resonance, the team showed that the sybody binds to the open outer gate. As a result of this, the gate was no longer able to close and thus no new transport process could be initiated. Consequently, the motor inside remained switched off; no more ATP was split.

The group confirmed the results in further experiments without the sybody. In these, they specifically replaced certain amino acids of the protein using genetic mutation; this also blocked the closing mechanism of the outer gate and ATP splitting.

"Our analyses have shown that the mechanism to open and close the outer gate is structurally related to the splitting of the energy supplier ATP on the inside," describes the author.