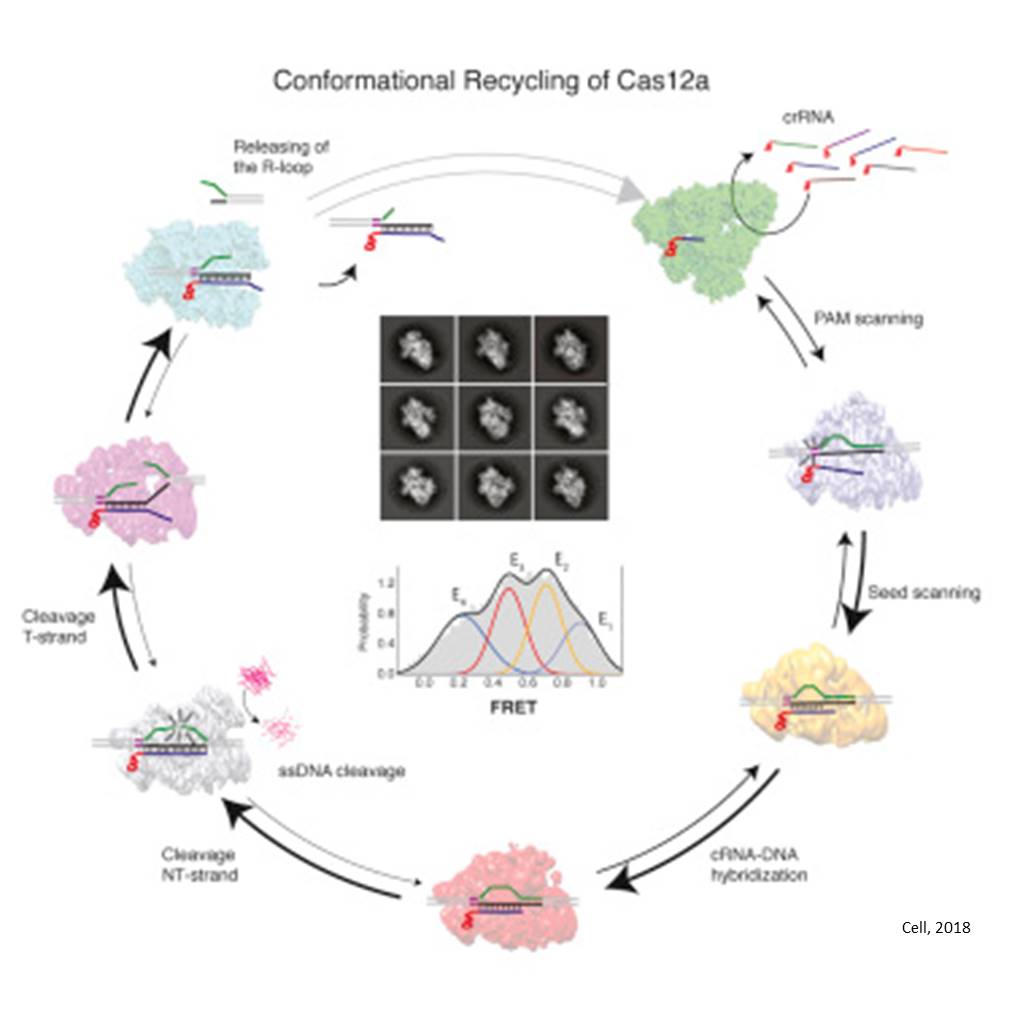 In a new study published in the scientific journal Cell researchers have described how one of the CRISPR technologies, the so-called Cas12a, works - all the way down to the molecular level. This makes it possible to fine-tune the gene-editing process to only achieve the desired effects.

'If we compare CRISPR to a car engine, what we have done is make a complete 3D map of the engine and thus gained an understanding of how it works. This knowledge will enable us to fine-tune the CRISPR engine and make it work in various ways - as a Formula 1 racer as well as an off-road truck', says the senior author.

The researchers have used a so-called cryo-electron microscope to map the technology. They combined it with a fluorescent microscopy technique called 'single molecule FRET' that directly observes the motions of the molecules and the sequence of events for each individual protein.

Among other things, this sequence of events revealed to the researchers that three "pieces" of the CRISPR tools must change form for the DNA to be cut properly.

'Our new study shows the precise series of events in the genome leading to gene editing. These three "pieces" that change, work like airport security checks. You have to complete all checks and in the right order to proceed', says another author.

These findings illustrate why Cas12a cuts its target DNA and unleashes unspecific cleavage activity, degrading ssDNA molecules after activation. In addition, authors show that other crRNAs are able to displace the R-loop inside the protein after target DNA cleavage, terminating indiscriminate ssDNA degradation. The researchers propose a model whereby the conformational activation of the enzyme results in indiscriminate ssDNA cleavage.

More Editing than Desired According to the researchers, their new findings can explain why CRISPR technology can have side effects on the genome. Once the DNA strand has been cut, the three 'security checks' remain open.

This can cause the process to last longer than wanted, because the machinery behind gene editing continues to run and can cause genetic changes.

However, now the researchers expect their new knowledge to put an end to this. They believe it can be used to fine-tune the gene-editing technology right away.