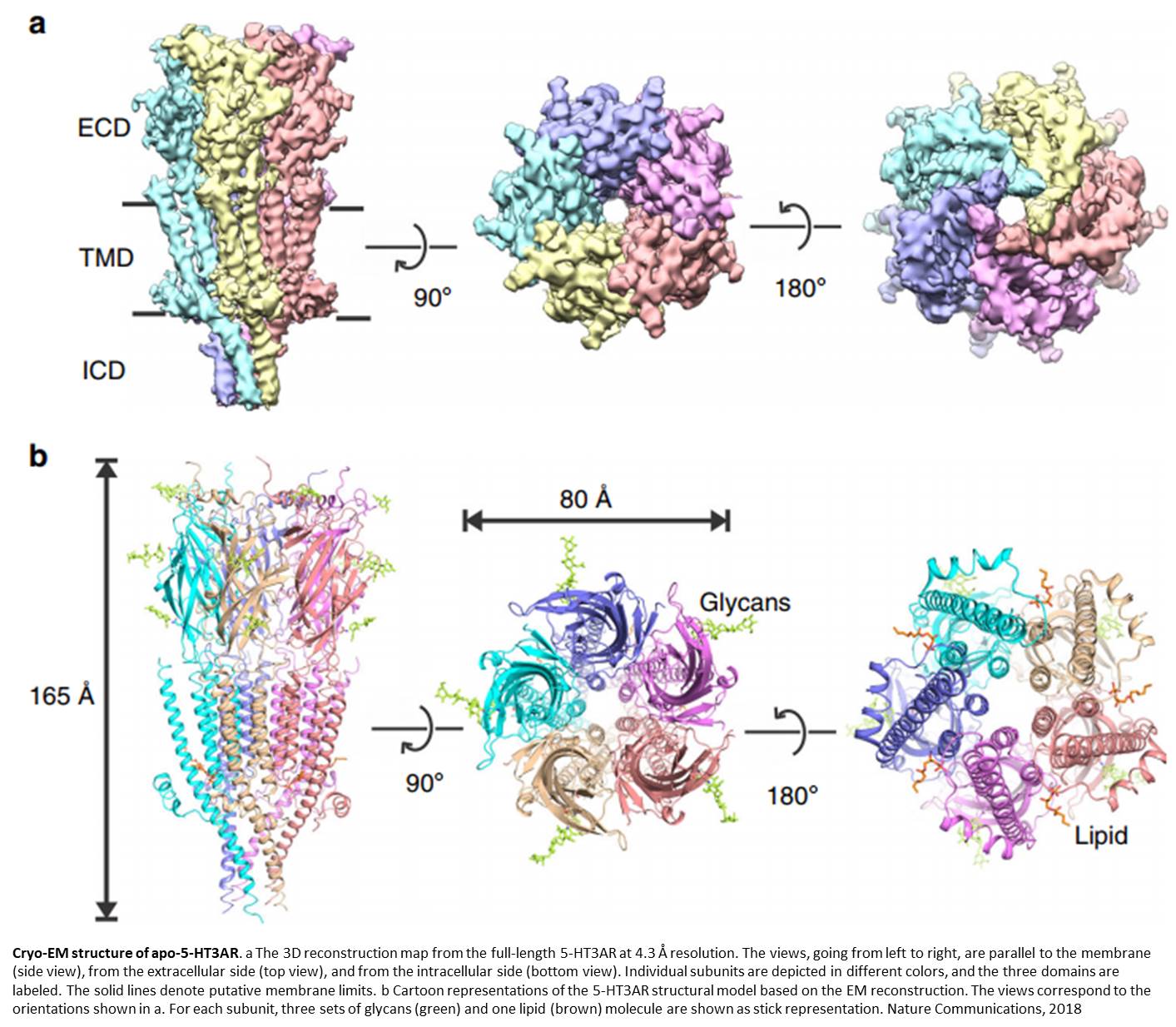 A team of researchers have used Nobel prize-winning microscope technology to see full length serotonin receptors for the first time. The tiny proteins--approximately a billionth of a meter long--are common drug targets, despite limited available information about their structure. Now, new images published in Nature Communications provide snapshots of the receptors, including details about molecular binding sites that could lead to more precise drug design.

Serotonin receptors sit in cell membranes throughout the body, including the brain, stomach, and nerves. They are highly dynamic with many moving parts, making them difficult subjects to capture. Researchers commonly break the receptor into pieces to study it. But by studying full-length serotonin receptors, researchers in the new study showed how its different portions interact. The researchers describe "a finely tuned orchestration of three domain movements" that allows the receptors to elegantly control passageways across cell membranes.

Drugs that attach to serotonin receptors and inhibit them--also referred to as Setrons--are widely prescribed to control vomiting associated with cancer therapies and gastrointestinal diseases. But many of these drugs come with severe side effects. "Many people that take these drugs experience unpleasant symptoms. These side effects have prevented more widespread use," says study lead.

"Successful design of safer therapeutics has slowed because there is currently a limited understanding of the structure of the serotonin receptor itself, and what happens after serotonin binds," the lead author says. "Our new structure of the serotonin receptor in the resting state has the potential to serve as a structural blueprint to drive targeted drug design and better therapeutic strategies."

The newly revealed structure sets the stage for determining structures of the receptor in the active and drug-bound forms. These discoveries are crucial in painting a complete picture of how the receptor works. Researchers could apply the same technology used in the new study--cryo-electron microscopy--to reveal additional serotonin receptor conformations.