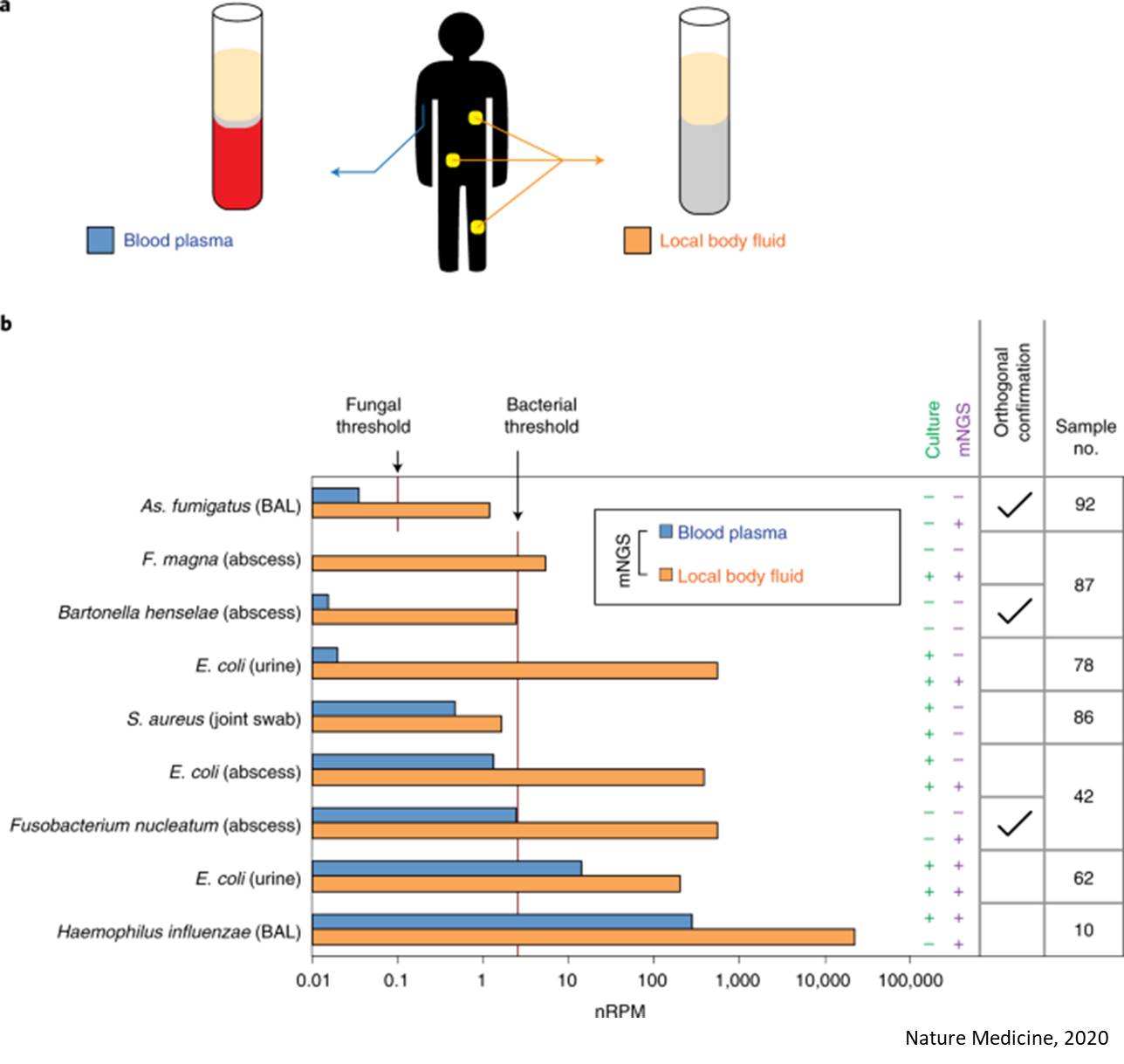 The scientists have developed a single clinical laboratory test capable of zeroing in on the microbial miscreant afflicting patients hospitalized with serious infections in as little as six hours -- irrespective of what body fluid is sampled, the type or species of infectious agent, or whether physicians start out with any clue as to what the culprit may be.

The test will be a lifesaver, speeding appropriate drug treatment for the seriously ill, and should transform the way infectious diseases are diagnosed, said the authors of the study, published in Nature Medicine.

"The advance here is that we can detect any infection from any body fluid, without special handling or processing for each distinct body fluid," said study corresponding author. "It's a simple procedure."

Conventional diagnostic tests are designed to detect only one or sometimes a small panel of potential pathogens. In contrast, the new protocol employs powerful "next-generation" DNA-sequencing technology to account for all DNA in a sample, which may be from any species -- human, bacterial, viral, parasitic, or fungal. Clinicians do not need to have a suspect in mind. To identify a match, the new test relies on specially developed analytical software to compare DNA sequences in the sample to massive genomic databases covering all known pathogens.

The authors first developed this method to identify infectious agents in spinal fluid in cases of encephalitis and meningitis, notably helping to save a long-sick boy's life, and later validating the protocol for use as a clinical test that is now being ordered by physicians at hospitals nationwide.

The authors also developed a similar blood test for sepsis, a leading killer of hospital patients, while other tests use respiratory fluid to diagnose infectious causes of pneumonia.

But each of these tests is designed to work only with specific body fluids, not all. Unfortunately, physicians are often uncertain of the origin of a patient's infection and must send off samples of several different body fluids simultaneously for lab analysis.

One was a portable, pocket-sized sequencer made by Oxford Nanopore Technologies, which can complete sequencing within six hours and to date has been used almost exclusively by research labs. The other was Illumina sequencing, which can simultaneously handle many samples in parallel and which already is used in some clinical labs (including at UCSF), but which requires more than 24 hours to complete.

The researchers analyzed body fluids -- 180 samples from in and around the lungs, the peritoneal cavity, pus-filled abscesses, the spinal cord, joints, and other sites such as tonsillar fluid and even vitreal (eye) fluid-- from 160 patients, 144 of whom were hospitalized.

Using the metagenomic DNA test, the authors were also able to diagnose infections in seven of 12 patients whose illnesses had remained undiagnosed after standard culturing or PCR-based DNA testing.

"We think this one metagenomic test can potentially replace all PCR-based DNA tests now being used to detect hundreds of organisms that can't be adequately cultured," the senior author said.

The researchers are now moving towards FDA regulatory approval in hopes of making this test a standard part of clinical practice.