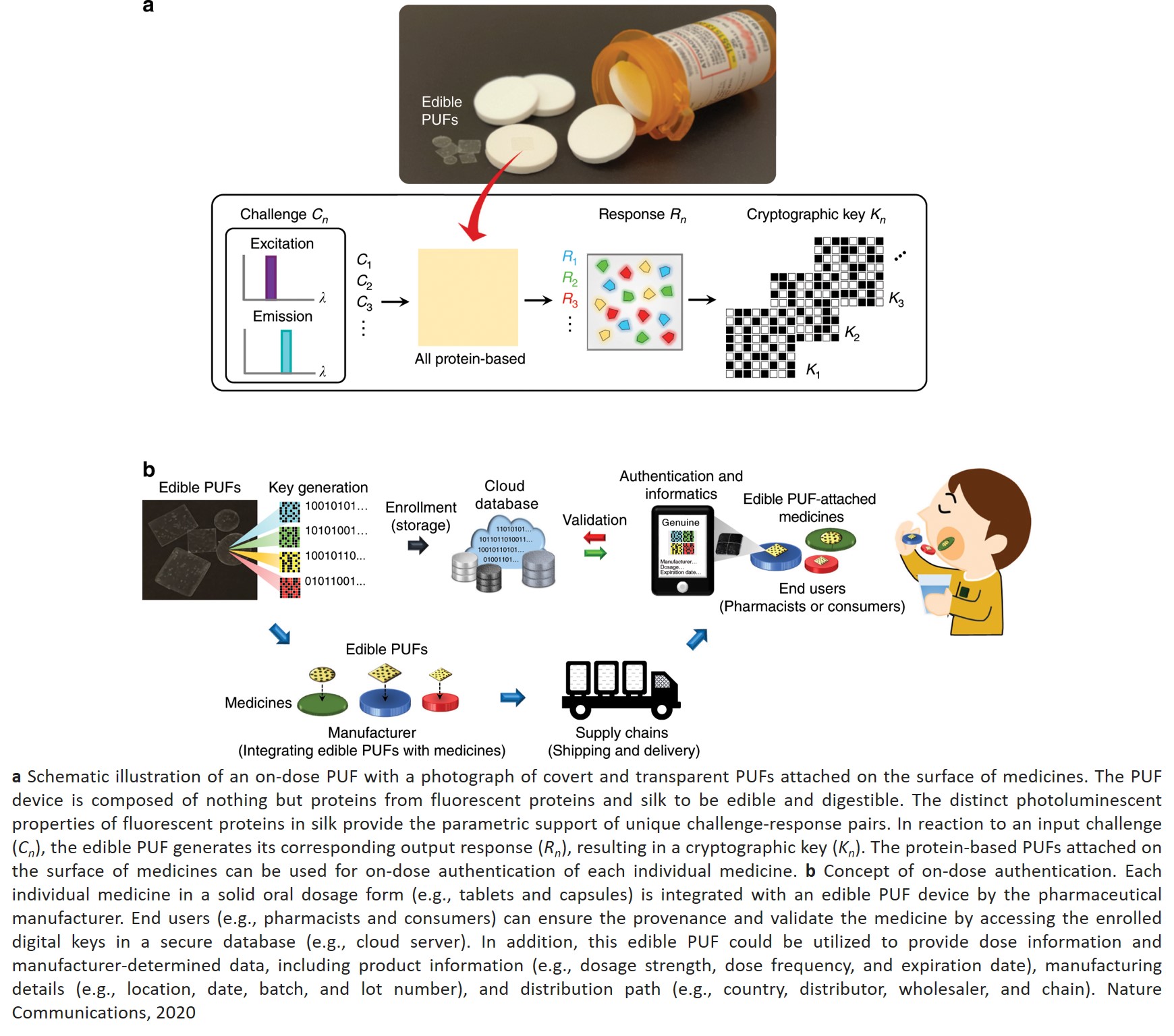 The researchers are aiming to stump counterfeiters with an edible "security tag" embedded into medicine. To imitate the drug, a counterfeiter would have to uncrack a complicated puzzle of patterns not fully visible to the naked eye.The work is published in the journal Nature Communications.

Fake medicine is a thriving business, making up at least 10% of global pharmaceutical commerce while also claiming thousands of lives each year.

In the U.S., counterfeit drugs range from cancer and diabetes treatment to erectile dysfunction medication. Counterfeit opioids have caused deaths in 46 states.

Tagging drugs would not only guard against fakery, but also help pharmacies better verify the legitimacy of a drug before selling to consumers.

"Every single tag is unique, offering a much higher level of security," said the senior author.

The tag acts as a digital fingerprint for each drug capsule or tablet, using an authentication technique called "physical unclonable functions," or PUF, that was originally developed for information and hardware security.

PUFs have the ability to generate a different response each time that they are stimulated, rendering them unpredictable and extremely difficult to duplicate. Even the manufacturer wouldn't be able to re-create an identical PUF tag.

The group is the first to create an edible PUF - a thin, transparent film made of silk proteins and fluorescent proteins genetically fused together. Because the tag is easily digestible and made entirely of proteins, it can be consumed as part of a pill or tablet.

Digital bits can then be extracted from an image of those patterns to produce a security key, which a pharmacy or patient would use to confirm that a drug is authentic.

The researchers are currently converting this process to a smartphone app for both pharmacies and consumers.

"Our concept is to use a smartphone to shine an LED light on the tag and take a picture of it. The app then identifies if the medicine is genuine or fake," said the lead author.

The tag also has the potential to hold much more information than simply a confirmation of what the drug is, the author said, such as the dose and expiration date.

They found that the tag works for at least a two-month period without the proteins degrading. Next, the team will need to confirm that the tag could last as long as a drug does and that it doesn't affect a medicine's key ingredients or potency.