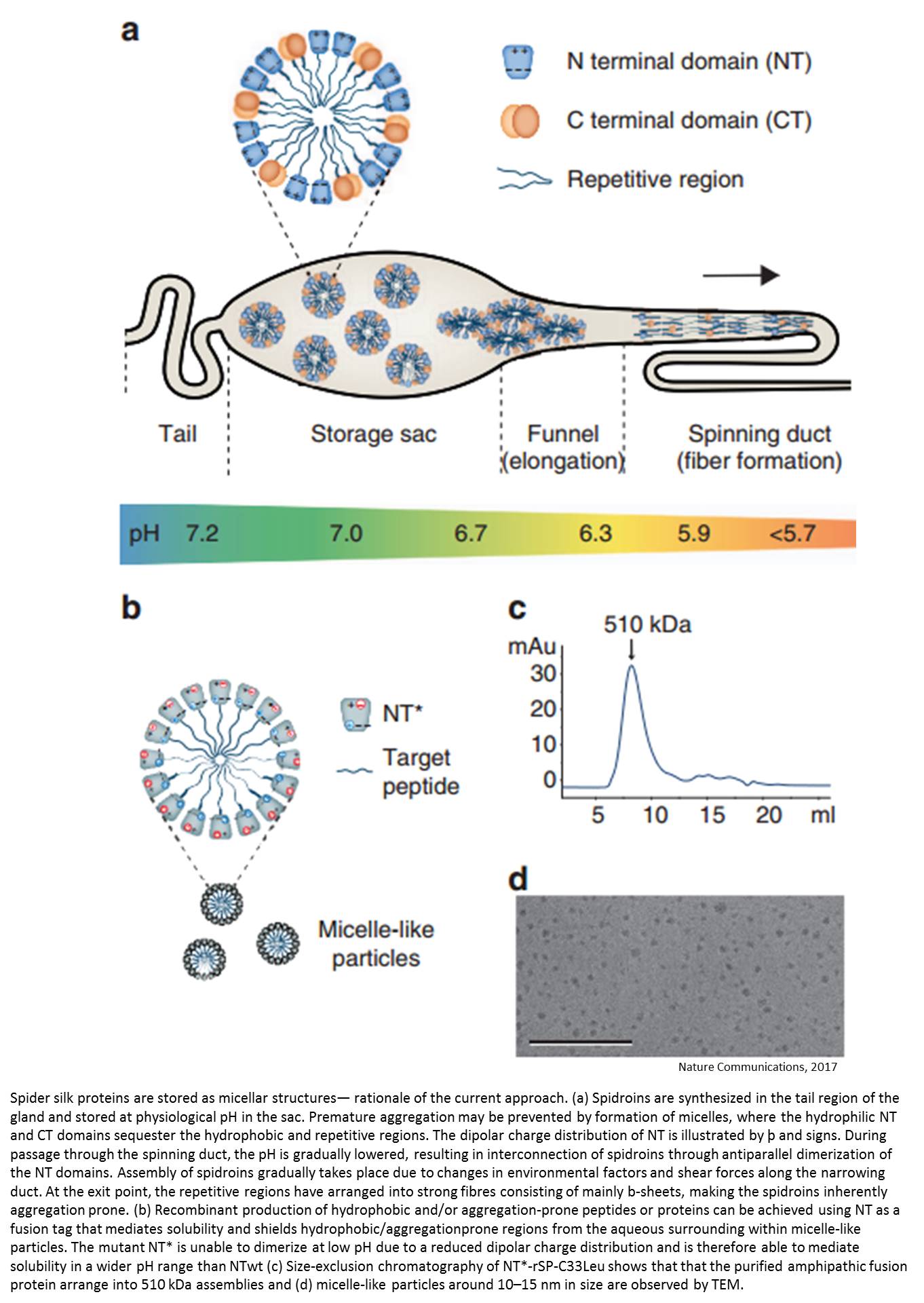 Researchers have managed to synthesize lung surfactant, a drug used in the care of preterm babies, by mimicking the production of spider silk. Animal studies reveal it to be just as effective as the biological drugs currently in clinical use. The study is published in Nature Communications.

Surfactant revolutionized the care of preterm babies by reducing the surface tension in their pulmonary alveoli and allowing them to be inflated at the moment of birth. Curosurf, the most globally widespread drug is produced by the isolation of proteins from pig lungs, a process that is expensive, complicated and potentially risky. Researchers have now developed a surfactant drug that can be produced much more simply and cheaply using spider protein.

"The manufacturing process is based on the method spiders use to keep their extremely easily aggregated proteins soluble for silk-spinning," explains the senior author. "We chose to produce lung surfactant protein C because it is probably the world's most aggregation-inclined protein."

By applying this method, the researchers have managed to produce a range of potential biological drugs using the part of the spider protein that ensures that the proteins remain soluble, namely the N-terminal domain.

"We had bacteria produce this part of the protein and then linked it to different protein drug candidates," says who co-leader of the study.

The researchers also compared their synthetic lung surfactant with the biological analogue currently on the market and found it equally effective at reducing the surface tension in an animal model of neonate respiratory disorders.

"Since this production method is much simpler and cheaper, it might one day be possible to use our synthetic lung surfactant to treat more lung diseases than just preterm babies," adds the senior author. "The method will also hopefully enable the production of other biological drugs."