English and Portuguese are processed similarly in the brain 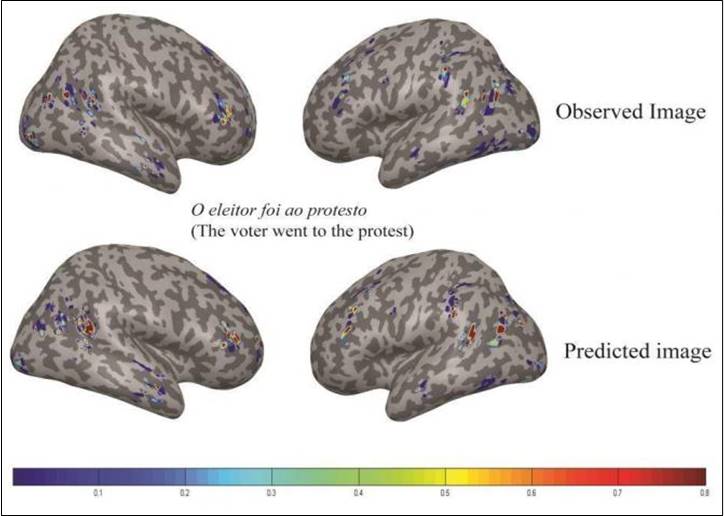 A recent research study has found out that when the brain “reads” or decodes a sentence in English or Portuguese, its neural activation patterns are the same.

The study is the first to show that different languages have similar neural signatures for describing events and scenes.  By using a machine-learning algorithm, the research team was able to understand the relationship between sentence meaning and brain activation patterns in English and then recognize sentence meaning based on activation patterns in Portuguese. The findings can be used to improve machine translation, brain decoding across languages and, potentially, second language instruction. It has been found in previous studies that semantic information is represented in the same place in the brain and the same pattern of intensities for everyone.

For the study, 15 native Portuguese speakers -- eight were bilingual in Portuguese and English -- read 60 sentences in Portuguese while in a functional magnetic resonance imaging (fMRI) scanner. A well developed computational model was able to predict which sentences the participants were reading in Portuguese, based only on activation patterns. The computational model uses a set of 42 concept-level semantic features and six markers of the concepts' roles in the sentence, such as agent or action, to identify brain activation patterns in English.

With 67 percent accuracy, the model predicted which sentences were read in Portuguese. The resulting brain images (Figure) showed that the activation patterns for the 60 sentences were in the same brain locations and at similar intensity levels for both English and Portuguese sentences.

Additionally, the results revealed the activation patterns could be grouped into four semantic categories, depending on the sentence's focus: people, places, actions and feelings. The groupings were very similar across languages, reinforcing the organization of information in the brain is the same regardless of the language in which it is expressed.

Discovering that the brain decodes sentences the same in different languages is one of the many brain research breakthroughs to happen in the recent times.
The study is published in the journal NeuroImage.