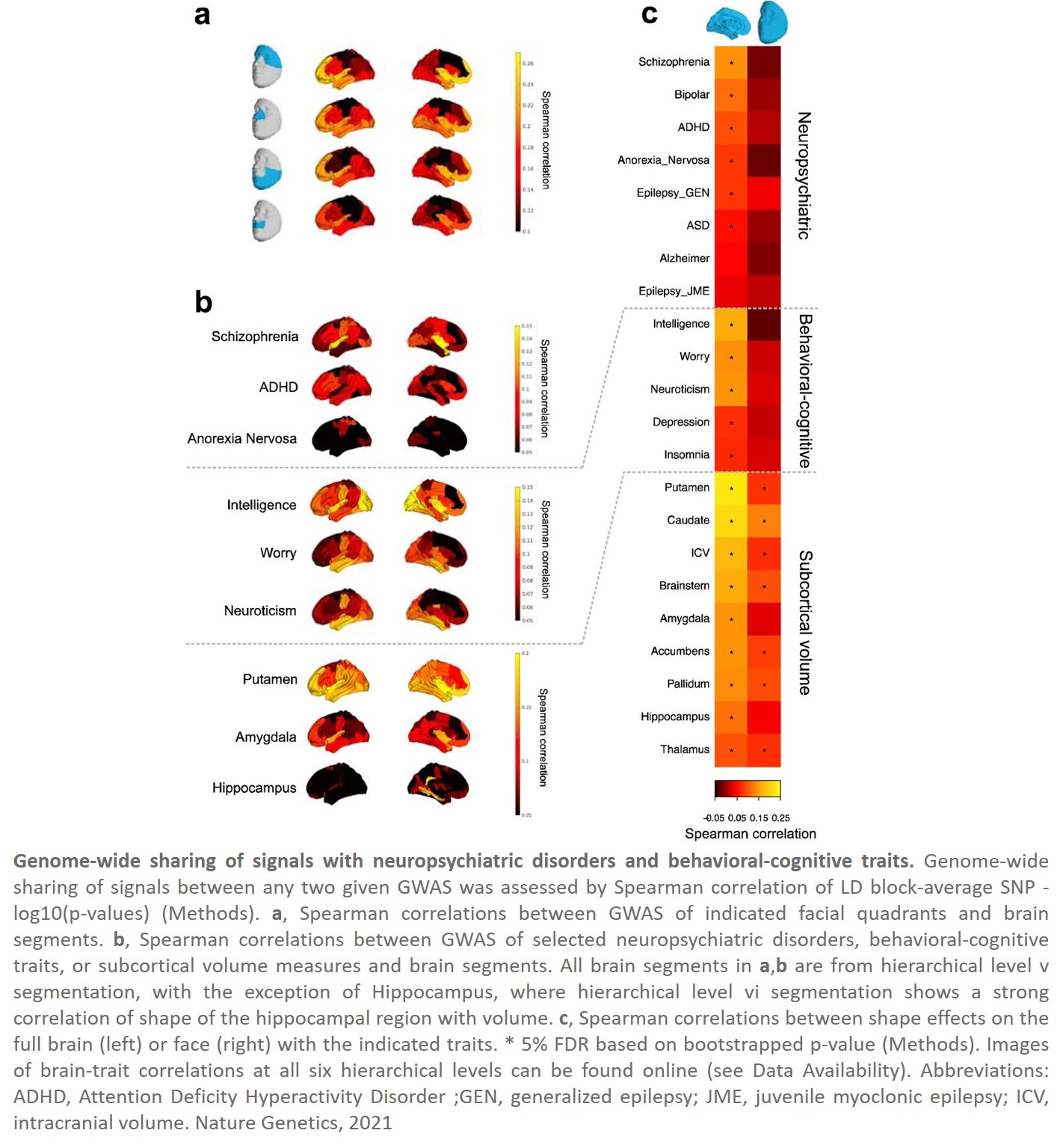 An interdisciplinary research team has identified 76 overlapping genetic locations that shape both our face and our brain. What the researchers didn't find is evidence that this genetic overlap also predicts someone's behavioural-cognitive traits or risk of conditions such as Alzheimer's disease. This means that the findings help to debunk several persistent pseudoscientific claims about what our face reveals about us.

There were already indications of a genetic link between the shape of our face and that of our brain, says the joint senior author of the study. "But our knowledge on this link was based on model organism research and clinical knowledge of extremely rare conditions," the author continues. "We set out to map the genetic link between individuals' face and brain shape much more broadly, and for commonly occurring genetic variation in the larger, non-clinical population."

For the current study, the team relied on these previously acquired insights as well as the data available in the UK Biobank, a database from which they used the MRI brain scans and genetic information of 20,000 individuals. The author says: "To be able to analyse the MRI scans, we had to measure the brains shown on the scans. Our specific focus was on variations in the folded external surface of the brain - the typical 'walnut shape'. We then went on to link the data from the image analyses to the available genetic information. This way, we identified 472 genomic locations that have an impact on the shape of our brain. 351 of these locations have never been reported before. To our surprise, we found that as many as 76 genomic locations predictive of the brain shape had previously already been found to be linked to the face shape. This makes the genetic link between face and brain shape a convincing one."

The team also found evidence that genetic signals that influence both brain and face shape are enriched in the regions of the genome that regulate gene activity during embryogenesis, either in facial progenitor cells or in the developing brain. This makes sense, the other senior author explains, as the development of the brain and the face are coordinated. "But we did not expect that this developmental cross-talk would be so genetically complex and would have such a broad impact on human variation."

At least as important is what the researchers did not find, says the first author of this study. "We found a clear genetic link between someone's face and their brain shape, but this overlap is almost completely unrelated to that individual's behavioural-cognitive traits."

Concretely: even with advanced technologies, it is impossible to predict someone's behaviour based on their facial features. The senior author continues: "Our results confirm that there is no genetic evidence for a link between someone's face and that individual's behaviour. Therefore, we explicitly dissociate ourselves from pseudoscientific claims to the contrary. For instance, some people claim that they can detect aggressive tendencies in faces by means of artificial intelligence. Not only are such projects completely unethical, they also lack a scientific foundation."

In their study, the authors also briefly address conditions such as Alzheimer's, schizophrenia, and bipolar disorder. The senior author says: "As a starting point, we used the results that were previously published by other teams about the genetic basis of such neuropsychiatric disorders. The possible link with the genes that determine the shape of our face had never been examined before. If you compare existing findings with our new ones, you see a relatively large overlap between the genetic variants that contribute to specific neuropsychiatric disorders and those that play a role in the shape of our brain, but not for those that contribute to our face." In other words: our risk of developing a neuropsychiatric disorder is not written on our face either.