How mice see the world 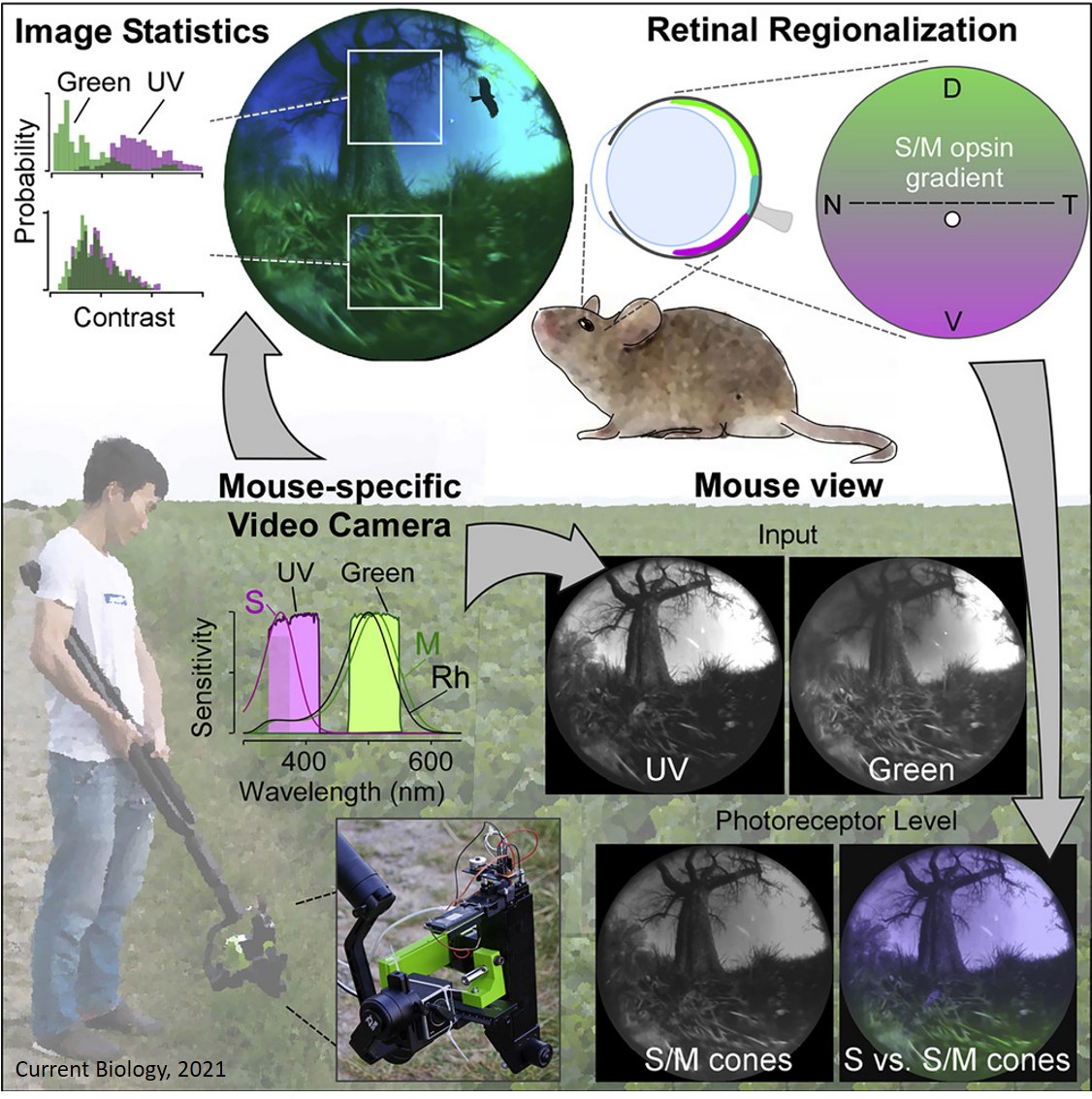 Researchers have developed an open-source camera system that images natural habitats as they appear to rodents.

During the course of evolution, animals have adapted to the particular demands of their local environments in ways that increased their chances of survival and reproduction. This is also true of diverse aspects of the sensory systems that enable species to perceive their surroundings. In the case of the visual system, these adaptations have shaped features such as the positioning of the eyes and the relative acuity of different regions of the retina.

However, our knowledge of the functional evolution of visual systems in mammals has remained relatively sparse. "In the past 10 or 15 years, the mouse has become the favored model for the investigation of the processing of visual information," says the senior author. "That's a somewhat surprising development, given that it was previously thought that these rodents primarily sensed the world using their whisker system and smell." However, color vision in mammals is known to have an effect on the ability to find food, evade predators, and choose mating partners.

Mice are dichromate - in other words, they have two types of cone cells (the photoreceptors that are responsible for color vision) in their retinas. These cells detect electromagnetic radiation in the green and ultraviolet regions of the spectrum, centered on wavelengths of 510 nanometers (nm) and 350 nm, respectively. "We wanted to know what range of color information is available to mice in their natural habitats, and whether the prevalence of these colors can explain the functional characteristics of the neural circuits in the mouse retina," the author explains.

Together, the team set out to develop an low-cost, open-source camera which, unlike conventional cameras, was specifically designed to cover the spectral regions in the green and ultraviolet to which the mice retina is sensitive. To facilitate its use in the field, the hand-held camera is equipped with a gimbal, which automatically orients the picture frame, thus avoiding sudden, unintentional shifts in perspective.

The researchers used this camera to image the environment as it would appear to a mouse, at different times of the day, in fields that showed clear signs of their presence. "We knew that the upper hemisphere of the mouse retina, with which they can see the sky, is especially sensitive to UV light," says the author. "The lower half of the mouse retina, which is normally oriented towards the ground, shows a higher sensitivity in the green region.

The team confirmed that these two spectral ranges closely match the color statistics of the natural environments that are favored by mouse populations. This adaptation could be a result of evolutionary processes - and for example help the animal to perceive birds of prey in the sky - and take evasive action. Experiments using artificial neural nets that mimic the processing characteristics of cone cells in the mouse retina confirm this conjecture.