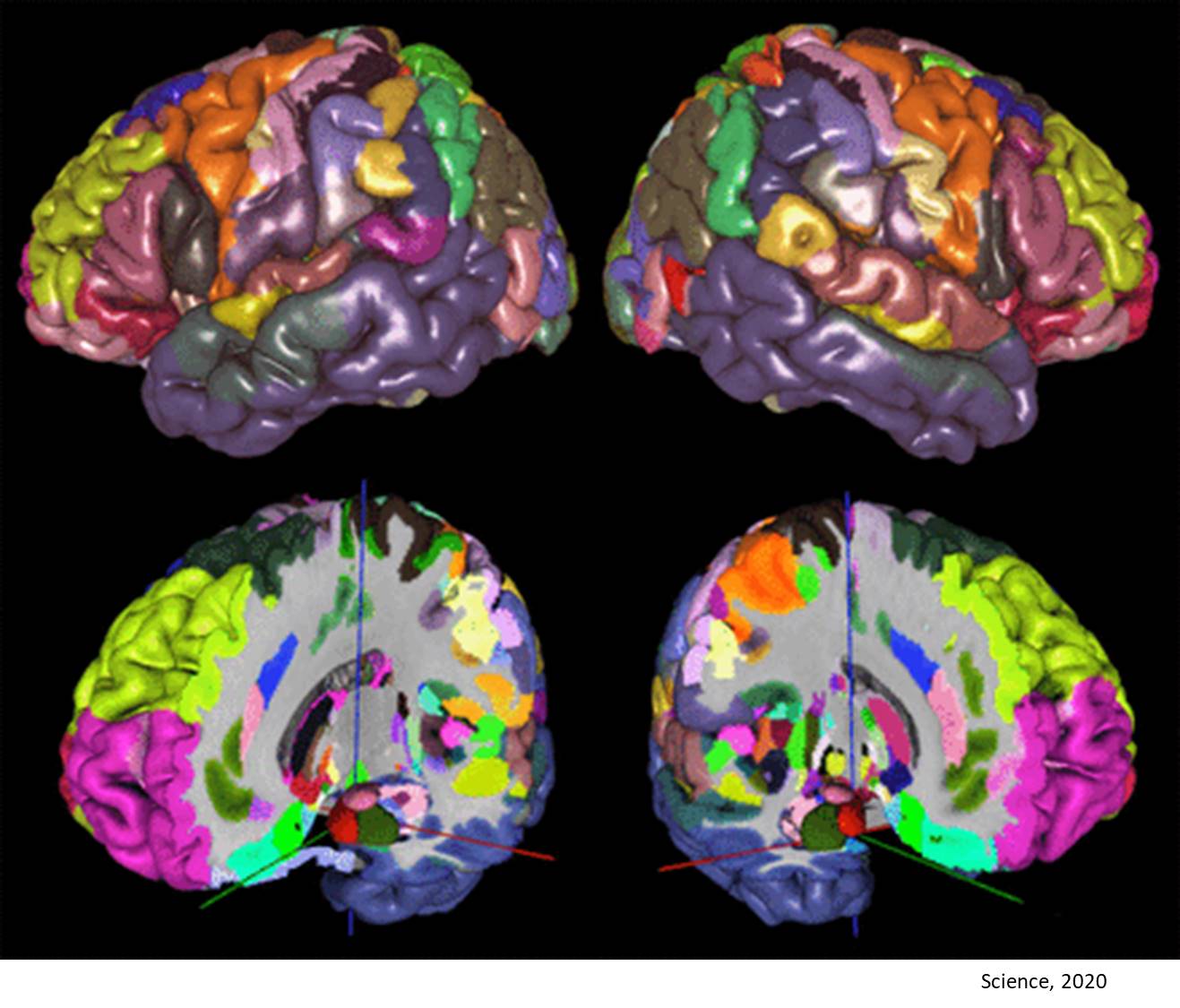 The atlas features close to 250 structurally distinct areas, each one based on the analysis of 10 brains. More than 24000 extremely thin brain sections were digitized, assembled in 3D and mapped by experts. As part of the new EBRAINS infrastructure of the European Human Brain Project, the atlas serves as an interface to link different information about the brain in a spatially precise way. German researchers have now presented the new brain atlas in the renowned journal Science.

Under the microscope, it can be seen that the human brain is not uniformly structured, but divided into clearly distinguishable areas. They differ in the distribution and density of nerve cells and in function. With the Julich-Brain, researchers now present the most comprehensive digital map of the cellular architecture and make it available worldwide via the EBRAINS research infrastructure.

"On the one hand, the digital brain atlas will help to interpret the results of neuroimaging studies, for example of patients, more accurately", says the senior author. "On the other hand, it is becoming the basis for a kind of 'Google Earth' of the brain - because the cellular level is the best interface for linking data about very different facets of the brain.

More than a quarter century of research has gone into the 3D atlas. Dozens of experts have used image analysis and mathematical algorithms to evaluate the tissue sections over the years and determine the boundaries between brain areas, which together make up a length of almost 2000 meters.

Mapping showed that areas vary between different brains, for example in terms of size and location. The Julich-Brain therefore displays the position and shape of individual regions as "probability maps". The researchers found particularly large differences in the Broca region, which is involved in language. In contrast, the primary visual area appeared much more uniform.

As part of EBRAINS, the Julich Brain Atlas is the starting point for bringing structure and function together. The atlas is already helping to link data on gene expression, connectivity and functional activity, for example, to better understand brain functions and the mechanisms of diseases. "EBRAINS also enables us to use the maps for simulations or to apply artificial intelligence to explore the division of labor between brain areas. The huge amounts of data generated from this are processed using the EBRAINS computing platform." The computational power comes from the new European supercomputing network FENIX, which is formed by five leading centres for High Performance Computing, including the Julich Supercomputing Centre (JSC).

"It is exciting to see how far the combination of brain research and digital technologies has progressed," says the senior author. "Many of these developments converge in the Julich-Brain-Atlas and on EBRAINS. They help us - and more and more researchers worldwide - to better understand the complex organization of the brain and to jointly uncover how things are connected."