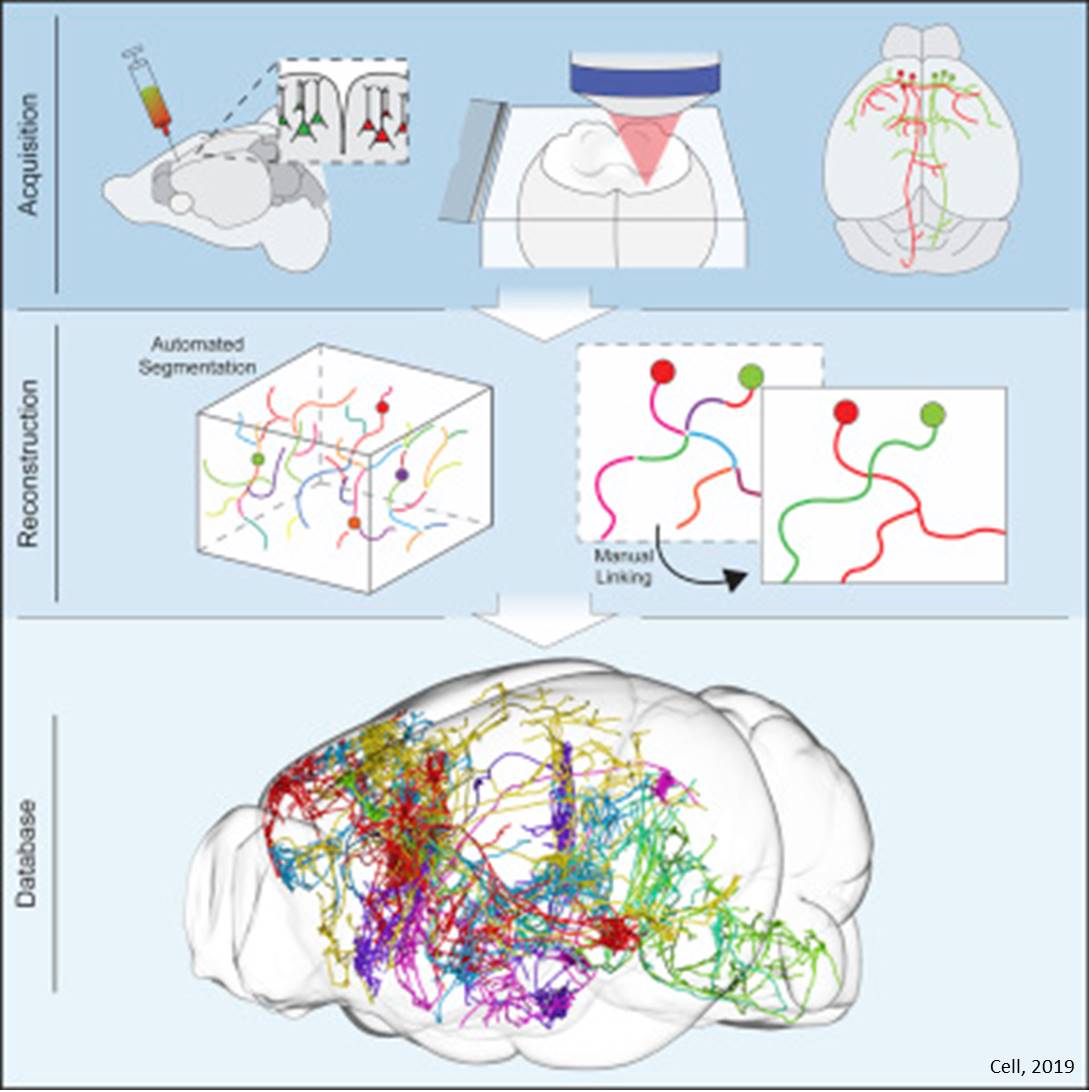 Researchers have now carefully unraveled a tangle of more than 1,000 neurons, tracing each cell's branching route across the brain to pinpoint where it goes and to which cells it connects. If laid end-to-end, the neurons would stretch more than 85 meters, roughly the length of a soccer field, the team reports in the journal Cell.

When the researchers began their neural cartography effort two years ago, neuroscientists had a general idea about which areas of the mammalian brain talked to one other. But what the messaging infrastructure actually looked like was largely a mystery. A fleshed-out picture of that circuitry could help scientists better understand how the brain is wired and how messages travel through it. In October 2017, the neuron-tracing project team, called MouseLight, released data for the first 300 neurons. Now, they've vastly expanded the data set, adding over 700 more to the collection. "It's by far the largest digital collection of such neurons," says the senior author.

Over time, the team has streamlined their neuron-tracing process. First, the team injects a virus into mouse brains that makes a handful of neurons glow. Then, they use a light microscope to capture high-resolution images of the illuminated neurons. A computer program stitches together the 20,000 resulting images to make a three-dimensional map of the brain.

The authors used this platform to reconstruct more than 1,000 projection neurons in the motor cortex, thalamus, subiculum, and hypothalamus. Together, the reconstructed neurons constitute more than 85 meters of axonal length and are available in a searchable online database. Axonal shapes revealed previously unknown subtypes of projection neurons and suggest organizational principles of long-range connectivity.

"It's like putting together 20,000 Lego blocks," the author says. Algorithms and software developed in collaboration with Janelia's Scientific Computing group then help scientists follow the intertwined paths of individual neurons. Currently, it takes about one day to trace a single neuron, but a few years ago, it took a week or two.

The preliminary data are revealing new clues about how the mouse brain is wired. In some regions, neurons cluster into discrete categories. In other regions, neurons can't be easily delineated into specific types. What that means for the way messages travel around the brain isn't yet clear, the author says, but it's a target for future research.

Still, much of the mouse brain, which contains about 70 million neurons, remains uncharted wilderness. For even a fuzzy view of the whole brain's wiring scheme to emerge - the equivalent of a tourist map that captures major landmarks - you'd need to trace about 100,000 neurons, estimates the Group Leader.