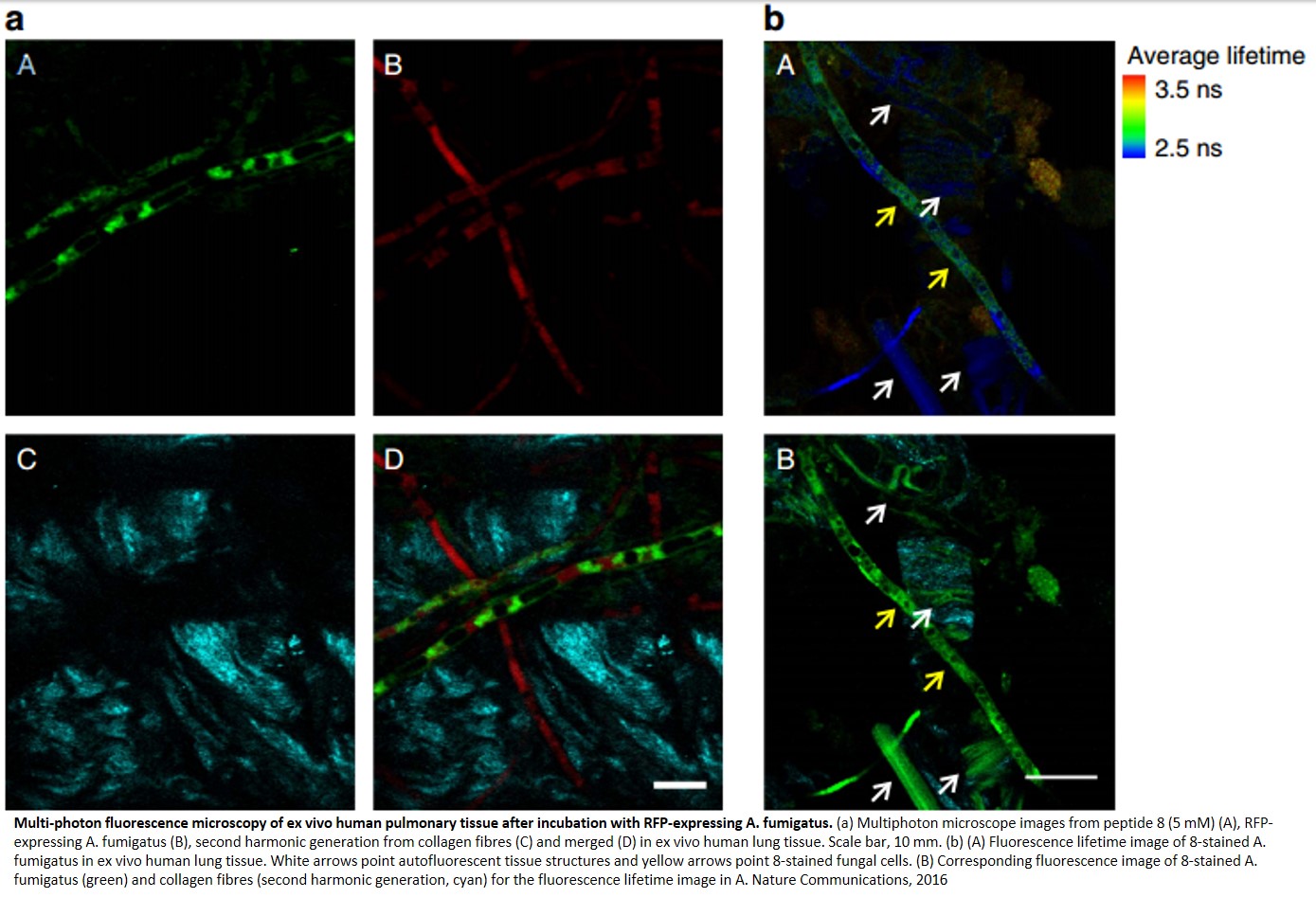 Researchers developed probes that light up specific targets inside a cell. They tested the probes using fungal cells, but the same technique could easily be used to look at cells from patient samples.

The probes are made up of a short molecule called a peptide - which recognises the target that researchers are trying to detect - attached to a new type of fluorescent tag. Researchers can track this tag using microscopes to see where the target is being produced by the cell.

Because the new probes are more sensitive than existing probes, researchers will be able to quantify exactly how much of the target is being produced by each cell.

This will enable them to detect tiny changes in the molecular make-up of tissues that could be the early warning sign of a disease. Tracking these changes over time could also offer clues about how well a patient is responding to treatment.

The researchers say that one day their approach could help to improve patient scans so that diseases could be picked up faster using clinical imaging, such as PET scans.

The study published in the journal Nature Communications.

"Peptides are a powerful tool for spotting small signs of disease but until now we did not have a good way of tracking them. With this new technology, we can make probes to detect diseases with more accuracy and at earlier stages," says the author.