Important bio-chemical produced on a large scale by E. coli 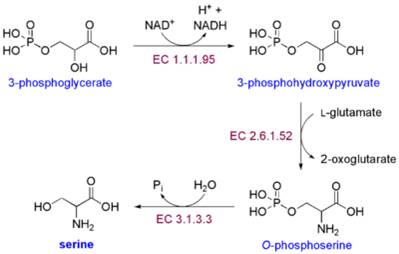 If you had a company that manufactured valuable ingredients for chemicals like detergens or paint, you would probably like to produce the ingredients in large quantities, sustainably, and at a low cost. That's what researchers from The Novo Nordisk Foundation Center for Biosustainability -- DTU Biosustain -- at DTU can now do. The researchers have developed an E. coli cell line, which produces large quantities of the compound serine.

"This discovery is quite unique and proves that we can actually adapt cells to tolerate large amounts of serine -- something many people thought wasn't possible. In order to develop these cells, we used highly specialized robots that exists only at our Center in Denmark and in the US," says the author.

Serine is an amino acid important for humans, because it is one of the 20 amino acids forming proteins in our bodies. Being highly water soluble, serine finds application as moisturizer in lotions of pharma and cosmetic industry.

Further, there is a huge marked for serine in the chemical industry, because is can be converted into other chemicals such as plastics, detergents, dietary supplements and a variety of other products.

In fact, serine has been mentioned as one of the 30 most promising biological substances to replace chemicals from the oil industry, if the production costs can be reduced. Fermentation by bacteria is the most common method of producing amino acids. However, serine is toxic to the laboratory work horse E. coli, which quickly "gives up", if the bacterium is to produce large amounts of the substance. The study is published in the journal Metabolic Engineering.

The first step in the development process was to produce E. coli cells that could survive high concentrations of serine. To achieve this, the scientists used so-called automated 'Adaptive Laboratory Evolution' (ALE) in which they first exposed the cells to a small amount of serine. When the cells had grown accustomed to these conditions, the bacteria were transferred to a slightly higher concentration. The experiment was repeated several times with the cells best suited to tolerate serine.

This experiment required highly specialized robots, lead author of the study explained: "Cell growth must be monitored 24 hours a day, and the cells must be transferred to new medium at a certain time of growth. Moreover, we have so many samples, it would be almost impossible to monitor all the cells manually. Therefore, it is crucial that we use ALE robots. "

The tolerant E. coli cells were subsequently optimized genetically to produce serine, and in this way, they could suddenly produce 250 to 300 grams of serine for each kg of sugar (glucose) added, which is the largest productivity seen for serine ever.

Today, serine is already produced in other microbes by converting glycine and methanol. But these microbes must first be grown in large quantities, after which the glycine -- which is chemically produced -- is added. Glycine is relatively expensive, and therefore many are looking for cheaper and more sustainable production methods.

"We have shown that our E. coli cells can use regular sugar and even residues from sugar production, molasses, in lower concentrations. And we have seen promising results with less expensive sugars, which makes it even more attractive to produce serine in E. coli," says the author.

The research team is now working to establish a company which will be responsible for producing serine on a larger scale.

"The goal is to make this cell line useful for society. And the best way to do that, is by getting a company to further develop and commercialize our results," says another author.