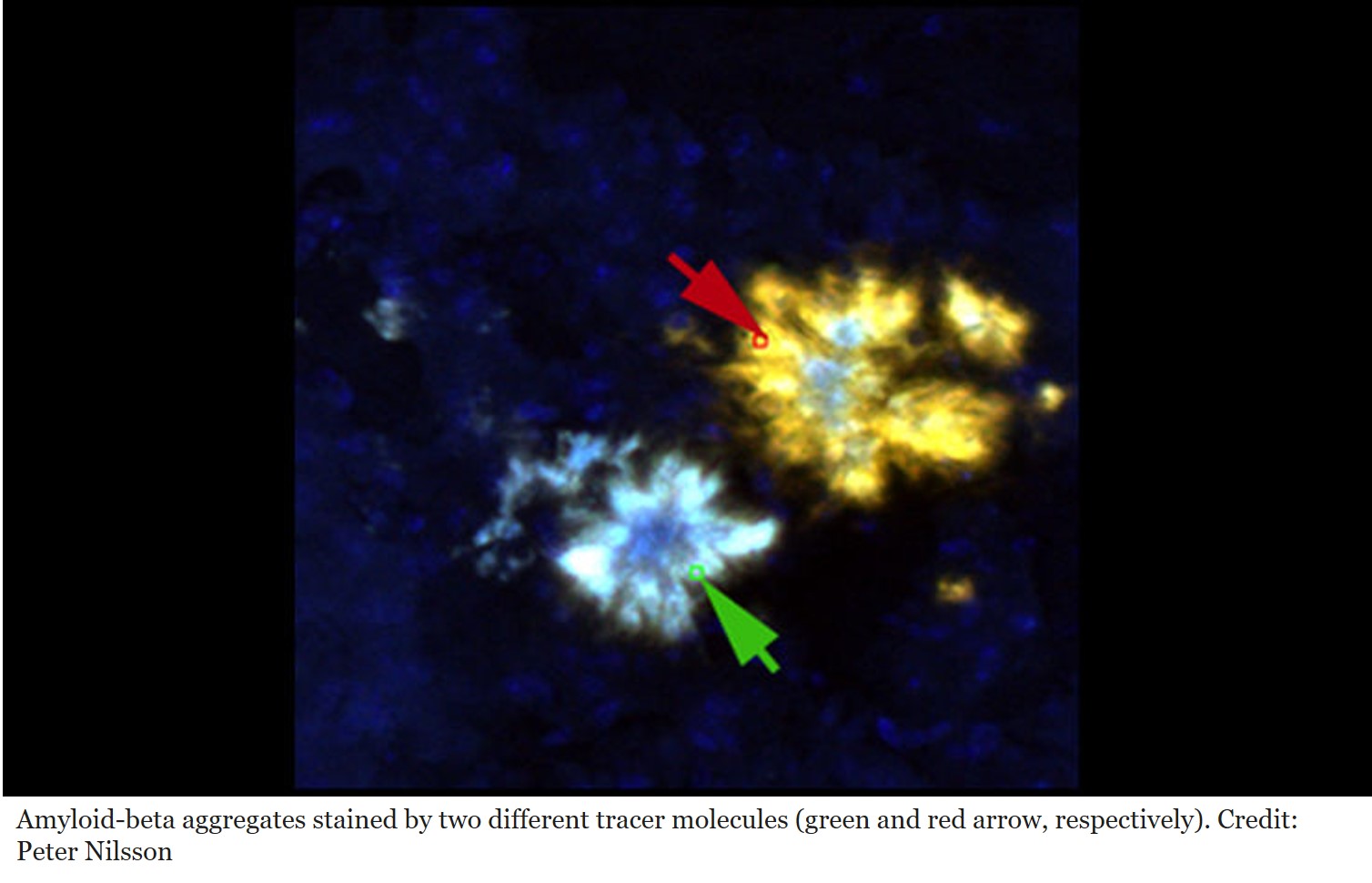 Researchers have injected brilliant tracer molecules into the blood of mice and demonstrated that they can then visualize protein clots in the mice's brain for up to six weeks. Such lumps of protein, or aggregates, of various proteins such as amyloid-beta and tau, are a hallmark of Alzheimer's disease, Parkinson's disease, and other neurodegenerative conditions in which the nerve cells die.

There are still many question marks about why some proteins sometimes clump together and over time form plaques in the brain. Therefore, the research community has a great need for tools to follow the process. And here the time aspect is central.

Using the tracer molecules that have been there before, researchers can get snapshots of the amount of plaque in the brain at a specific time. Thanks to the new tracer molecules, the researchers see the signal for a long time and that opens up new possibilities for research on neurodegenerative diseases.

The biggest advantage we see in this study in mice is that one could use the tracer molecules to study in real time how protein aggregates are formed. Among other things, researchers could investigate when neurons in the process begin to die due to protein aggregates, says the senior author.

In the study, published in the journal Acta Neuropathologica Communications , the researchers saw how the tracer molecules colored in newly formed protein clumps as the protein aggregates were formed

In the study we also show that if we use two tracer molecules at the same time, we can see different types of aggregates of amyloid-beta, and not just the total amount of protein aggregates. This has not been seen before in living mice, says the author.

Previously, researchers have found various forms of amyloid aggregates in brain tissue from deceased people with Alzheimer's disease. They suspect that several different types of aggregates are involved in the disease course.