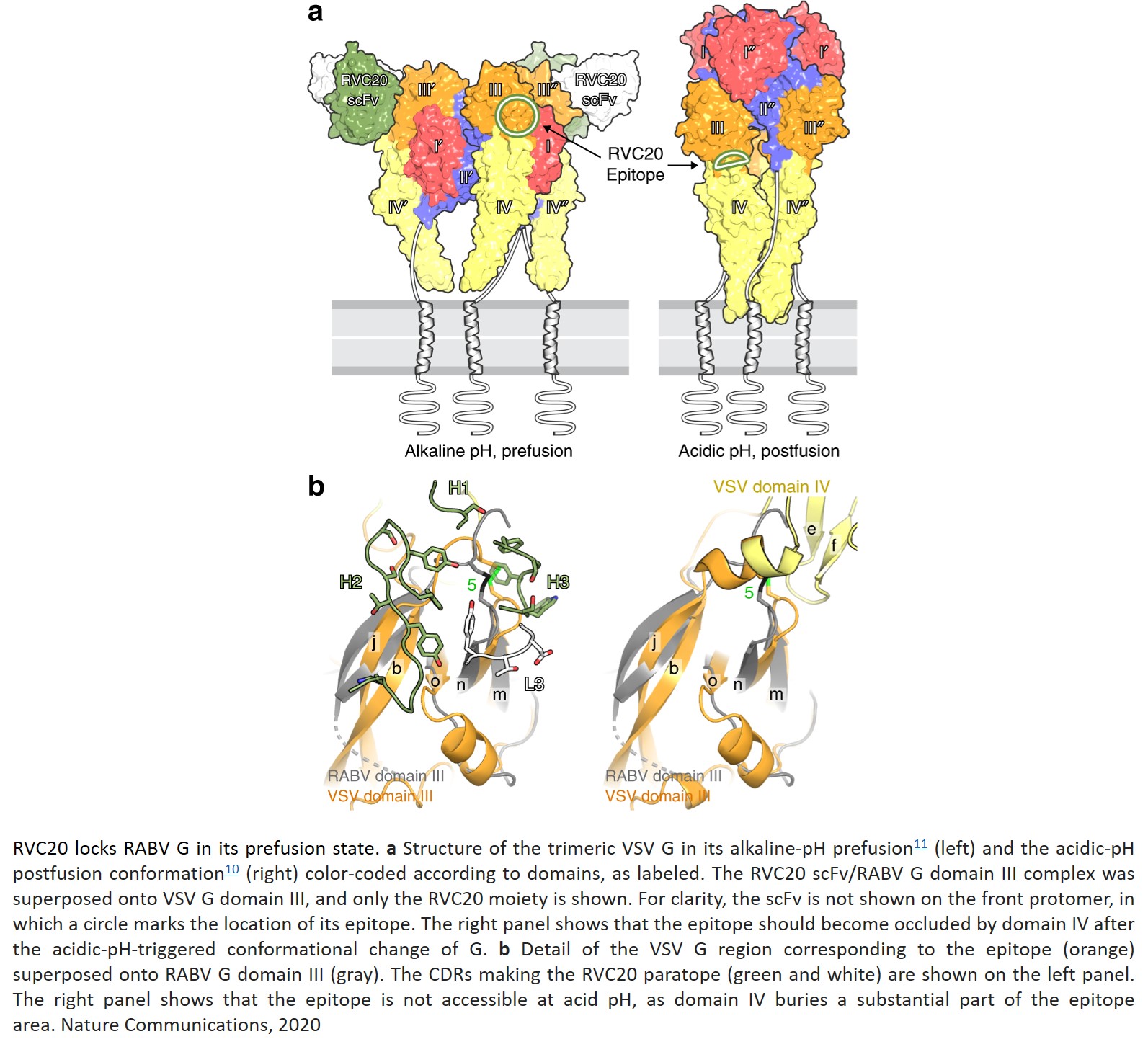 Rabies is still responsible for approximately 60,000 human deaths per year mostly in Asia and Africa and affects especially underserved people. Yet, since the first vaccine developed by Louis Pasteur more than 130 years ago, prophylactic measures have significantly improved.

They are now composed of the vaccine allied to purified human or equine rabies immunoglobulins. However, these immunoglobulins are expensive and not easy to reach in developing settings. Researchers have visualized one of the most potent and most broadly neutralizing human monoclonal antibody in interaction with the rabies glycoprotein. This finding makes it possible to propose new avenues, both prophylactic and therapeutic, in the fight against rabies.

Rabies is a lethal encephalitis due to a lyssavirus mainly transmitted to humans by the bite or scratches of terrestrial carnivores (principally domestic dogs). The onset of clinical symptoms and death can be 100% prevented by adequate post-exposure prophylaxis (PEP) including vaccines and passive immunization using rabies immunoglobulins (read our disease sheet). Today, 15 to 29 million of patients exposed to rabies received the PEP each year whose terms have been updated by WHO in 2018 as a result of Institut Pasteur expertise.

The rabies virus has only one glycoprotein (called G) exposed at its surface. This protein is responsible for the entry of the virus into the human cell and is therefore the only target of neutralising antibodies. In spite of its medical relevance, no structural data are available for the rabies virus surface glycoprotein.

"Here we report the structure of one of the most potent and most broadly neutralizing human monoclonal antibodies (mAb), named RVC20 in complex with the domain of G that it recognizes and binds" explains the senior author.

Researchers have described the crystal structure of the RCV20 antibody in complex with its target domain, one of the major antigenic sites of the rabies virus glycoprotein. The structure reveals that RVC20 involves highly conserved features of the viral glycoprotein, rationalizing its broad reactivity among the virus strains.
"We further show that RVC20 monoclonal antibody blocks the membrane fusion between the virus and the cell" says the author. The antibody therefore blocks the entry of the virus into the cell and further spreading of the virus within the body of the infected host.

"Our study also highlights a major site of vulnerability at the virion surface, providing a mechanistic understanding of highly efficient rabies virus neutralization by the RVC20 antibody" summarizes another author. The new knowledge provided by this study could be employed not only for mAb-based prophylaxis, but also for future therapeutic applications in cases where the virus has already entered the nervous system and for which there is still no cure. "The idea behind these studies is being able to provide a substitute to the actual post exposure prophylaxis to protect against rabies" concludes the author.