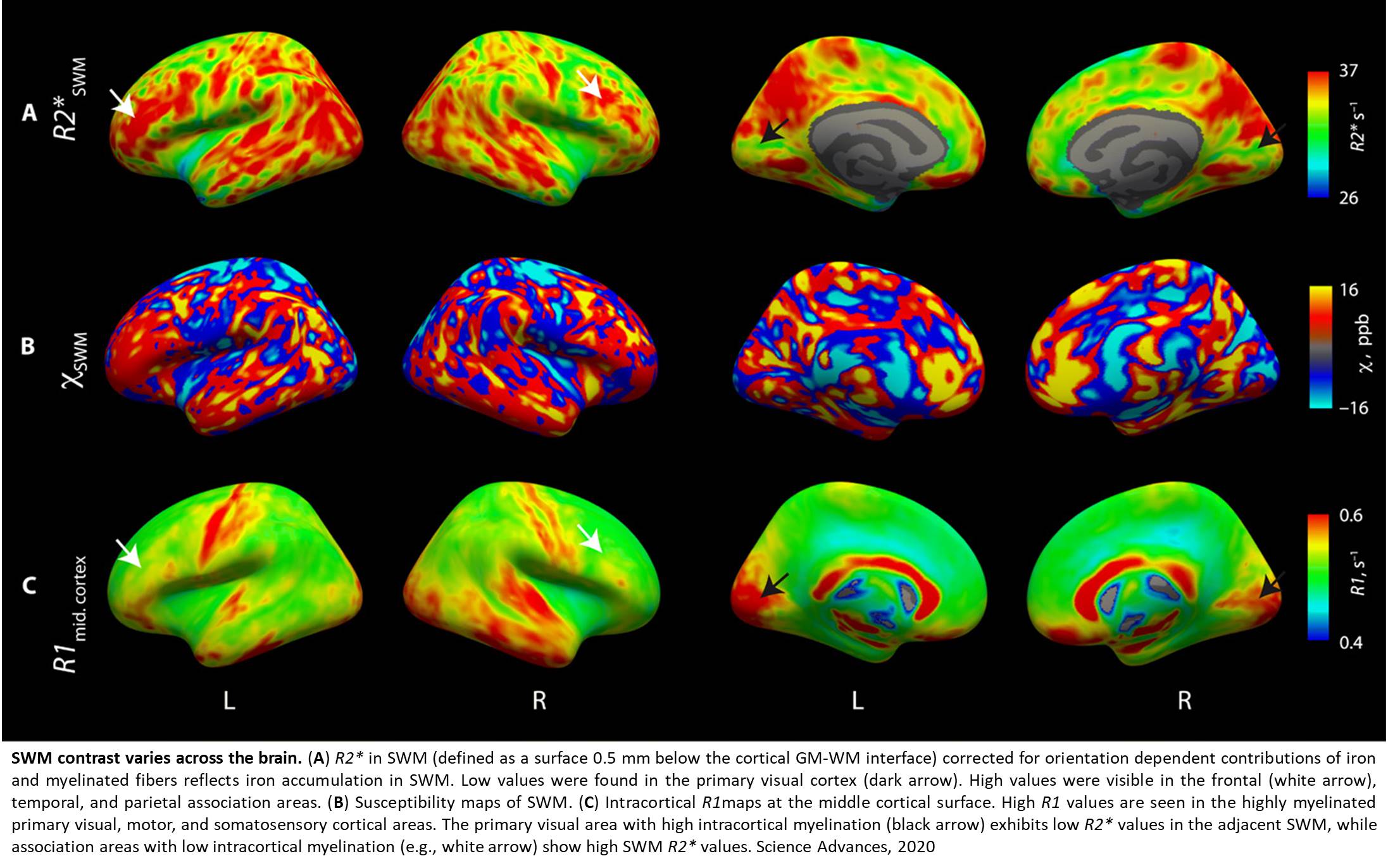 Traditionally, neuroscience regards the brain as being made up of two basic tissue types. Billions of neurons make up the grey matter, forming a thin layer on the brain's surface. These neuronal cells are interlinked in a mindboggling network by hundreds of millions of white matter connections, running in bundles, deeper in the brain.

Until very recently, not much was known about the interface between the white and grey matter - the so-called superficial white matter - because methods were lacking to study it in living human brains. Yet, previous investigations had suggested the region to be implicated in devastating conditions such as Alzheimer's disease and autism. Now a multidisciplinary team has succeeded in making the superficial white matter visible in the living human brain.

"We demonstrated that the superficial white matter contains a lot of iron. It is known that iron is necessary for the process of myelination," explains first author of the study published in Science Advances. Myelin is what makes the white matter white. It's the fatty coating of nerve cell axons that speeds up transmission of information through the brain. The myelination process can occur throughout the lifespan but is predominant during development. In fact, the largest concentration of iron the researchers found was in the superficial white matter in regions of the frontal cortex, which happens to be the slowest developing structure in the human brain. Incredibly, the human frontal cortex is not fully myelinated until the forth decade of life.

The key to the new method is MRI (Magnetic Resonance Imaging) but at very high field strength. While typical clinical MRI scanners work at 1.5 or 3 Tesla, in terms of the strength of the magnetic field, the Max Planck Institute for Human Cognitive and Brain Sciences houses a powerful 7 Tesla scanner. This, in combination with advanced biophysical model, allowed the team to create very high resolution maps of the white-grey matter border across the entire living brain. The accuracy of their submillimetre maps was assessed against classic and advanced histological methods involving physical dissection and analysis of post mortem brains.

The new method promises many further insights into the organisation of the interface between white and grey matter. The author adds, "We hope the method can be used to increase our understanding of brain development as well as pathological conditions involving the superficial white matter."