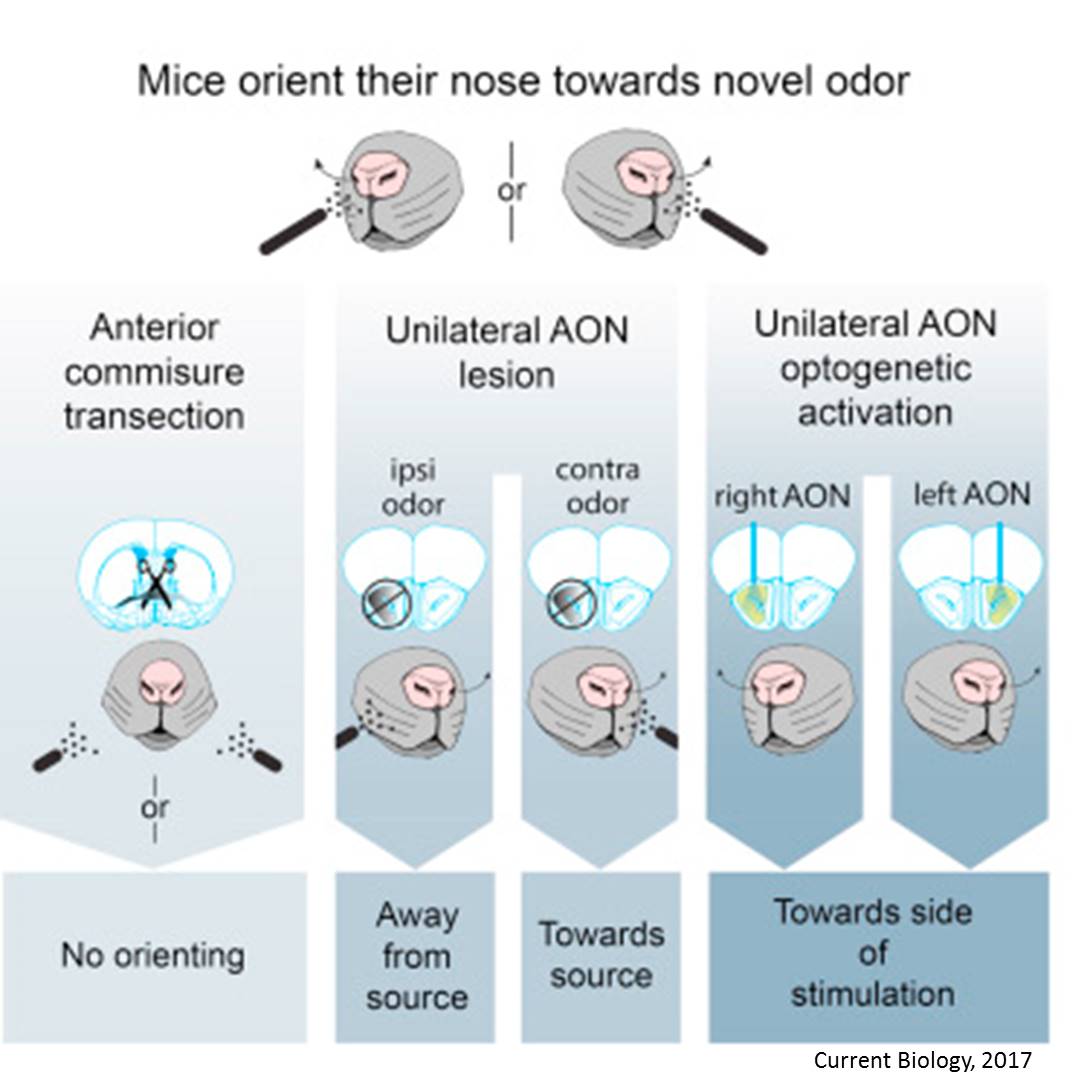 Most mammals can easily and rapidly pinpoint where a smell is coming from. However, the neural mechanism behind this seemingly straightforward task is still a big question in biology.

Scientists have provided fundamental insights into the mechanism of smell localization. This marks an important step in unraveling the entire neural odor localization mechanism, which is highly valuable to the study of memory diseases such as Alzheimer's.

The team used mice for the experiment, which are smell identification champions. Using a novel non-invasive technique based on infrared technology, they revealed that localizing odors is achieved by comparing information gathered from the left and right nostril. The study is published in the journal Current Biology.

First, the team developed a novel method to measure respiration dynamics. Contrary to current standard methods, the new technique, which involves the use of an infrared camera, is non- invasive. In this way, the the team discovered that mice presented with novel smells spontaneously turned their nose towards the source of the smell. And this orienting behavior was fast - they could do it in under 100 milliseconds.

Building on this behavioral response, the team then performed experiments to explore the mechanistic principles behind odor source localization.

Senior author said: "Our data show that mice compare the strength of the smell obtained through the two nostrils for locating the direction of the odor source. This comparison involves information transfer between the two brain hemispheres (interhemispheric). Essentially, the process is very similar to how we determine where sounds come from. We also identified the part of the brain, called the anterior olfactory cortex, that plays a key role in this process."

To move this research domain ahead, the team is currently recording neural activity between the anterior olfactory cortices in the two hemispheres, in order to reveal the exact comparison mechanism for rapid odor localization. In addition, the team has started to build on these insights in the context of Alzheimer's disease.

Senior author said "Our mice only responded to new smells, not familiar ones. However, in the case of Alzheimer's, we expect mice to respond to familiar smells as well, because they might have forgotten them. Moreover, Alzheimer's is associated with a declining sense of smell. These aspects give us hope that our findings will contribute to a better understanding of memory-affecting diseases."