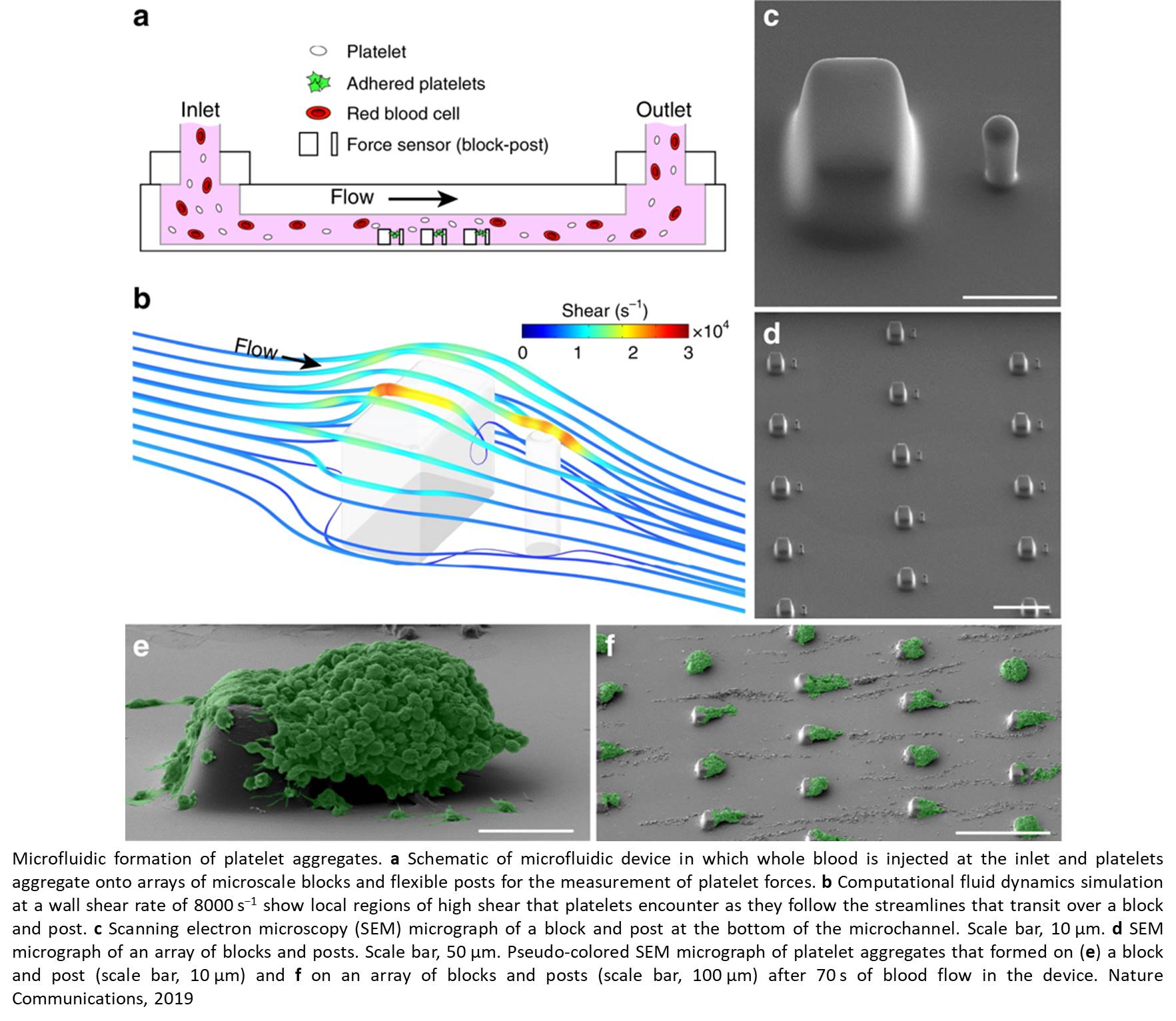 Emergency room doctors often have only a few minutes to determine which patients are in need of a blood transfusion.

But currently doctors have no direct method to assess the health of one of the most critical component of the blood: platelets. These tiny blood cells play a huge role in helping blood clot after an injury.

Now researchers have created a novel system that can measure platelet function within two minutes and can help doctors determine which trauma patients might need a blood transfusion upon being admitted to a hospital. The team will publish its results in Nature Communications.

"Our system requires a tiny amount of blood to look at how healthy platelets are in real time," said co-corresponding author. "We found that platelet function is a far better measure of platelet health and whether a trauma patient will need a blood transfusion than current methods."

Platelets are the first responders to any sort of damage to blood vessels.

"They act as a sort of instant patch," the co-corresponding said. "They become activated and stick to the damage, and then they rapidly change their shape to stretch and reach out for more of the wound surface or other platelets. Then they begin to come back together to compact and add strength to a clot."

In patients who've experienced trauma, however, platelets can lose the ability to do their jobs, including becoming less able to apply the forces needed to stop bleeding.

"When trauma patients come into the ER, we use a variety of methods to estimate their risk of bleeding, but none of these tests tells us specifically about platelet strength," said the co-corresponding author.

The team designed a microfluidic device that measures platelet forces in real time. First, the researchers inject a blood sample into the device. As the blood flows through it, the cells hit an obstacle course: tiny blocks and posts jutting up from the base of the device. This activates the platelets. They feel a massive force when they flow over the blocks, and then the surface of both the blocks and the posts are coated with a platelet-activating molecule.

"The block and post structures act like a mini wound surface," said lead author. "The platelets attach between the block and post, and they start to snowball. They aggregate to form a miniature plug that then begins to contract and pull the post toward the block. Based on how far the post moves, we can determine how functional the platelets are."

The lab has used post structures in microfluidic devices before to measure cell forces, but this is the first time that blocks have been added to the mix. Without the blocks, the platelets didn't stick to the posts.

"As the platelets whip around the block, they are forced to change direction rapidly, and that activates the platelets," the author said.

To test their device, the researchers recruited participants and  after providing informed consent, 93 trauma patients and 10 healthy participants had their blood sampled when they arrived at the center.

Sometimes trauma patients have fewer platelets, so one current test in the ER is to count the number of platelets. But when the researchers looked at platelet count for this study, all blood samples -- including those from healthy participants -- had a comparable number of platelets.

"It's a big deal not just knowing how many platelets are in the blood but knowing how well they're actually functioning," the author said. "It's not always obvious which patients will need a blood transfusion, and a device like this can really help us make decisions quickly."

Currently the team is working to make the device more user-friendly.

"It's still a prototype where you have to have some training in how to operate it to get a reading," said Ting, who is now director of research and development at Stasys Medical Corporation, the company that spun out from this research. "Our goal is to make it user-friendly and comparable to a blood sugar monitoring device where people deposit blood samples on a strip and put it into the reader. Then the reader just takes care of it."

The team also hopes the device will be useful for measuring platelet strength in other areas of medicine, such as measuring how blood-thinning medications like aspirin or Plavix affect different patients or helping neurosurgeons monitor patients for bleeding complications during surgery.