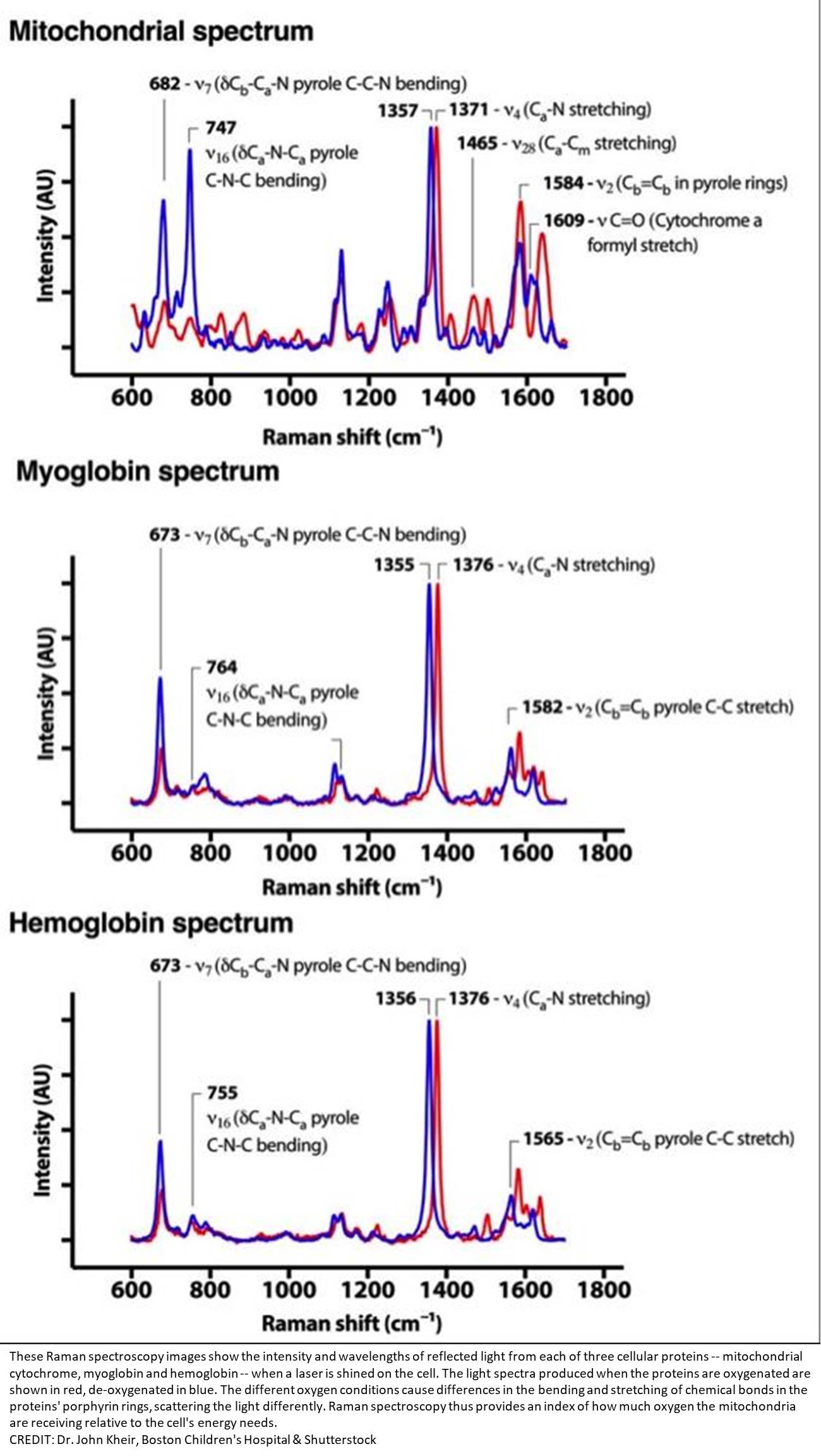 A new device can assess in real time whether the body's tissues are receiving enough oxygen and, placed on the heart, can predict cardiac arrest in critically ill heart patients, report researchers. Their study, conducted in animal models, is the cover article in Science Translational Medicine.

"With current technologies, we cannot predict when a patient's heart will stop," says the co-lead. "We can examine heart function on the echocardiogram and measure blood pressure, but until the last second, the heart can compensate quite well for low oxygen conditions. Once cardiac arrest occurs, its consequences can be life-long, even when patients recover."

The device uses a technology called resonance Raman spectroscopy to measure whether enough oxygen is reaching the mitochondria, the organelles that provide cells with energy. In critically ill patients with compromised circulation or breathing, oxygen delivery is often impaired, making it hard for mitochondria to do their job. This is especially a problem for the heart, which has constant high energy needs.

"We wanted to create an organ-specific, continuous, reliable readout of how adequately mitochondria are being fed oxygen," says the author. "This is the first demonstration of a device that can monitor mitochondria in living tissues to predict impending organ failure."

The team created a metric they call 3RMR that uses light readings generated by resonance Raman spectroscopy to quantify oxygenation and mitochondrial function in real time.
When a cell's oxygen levels are too low, its energy balance changes. Electrons start to build up in certain cellular proteins -- hemoglobin, myoglobin and mitochondrial cytochromes. This energy shift reduces or shuts down mitochondrial energy production and can also trigger cell death. All of this sets the stage for organ injury or dysfunction and, in the worst case, cardiac arrest, says the author.

Resonance Raman spectroscopy quantifies the fraction of mitochondrial proteins with electrons on them based on how light is scattered when a laser is shined on them. Under low-oxygen conditions, the gain in electrons causes these molecules to distort and, as a result, their spectrum changes.

The team used a precise laser and a complex algorithm to distill the information in real time.

"Distinguishing mitochondrial signals from other biological signals with accuracy and speed was the most significant scientific advance here," says another author.

The study's co-first authors tested the device in rat models. They found that reduced oxygenation of the heart corresponded with elevations in 3RMR, regardless of the cause of reduced oxygen delivery. Elevations of more than 40 percent, measured after 10 minutes of low-oxygen conditions, predicted reduced heart contractility and subsequent cardiac arrest with 97 percent specificity and 100 percent sensitivity, outperforming all other measurement techniques.

The team further tested the device during simulated congenital heart surgery in a pig model. They were able to measure how satisfied the heart muscle was with its oxygen supply, something that cannot currently be done.

"Our likely first application of this device will be to monitor oxygen delivery during and after heart surgery," says the author. The current probe is the size of a pen, but eventually, the team would like to develop a smaller probe that could be left inside the chest, so patients could be monitored in the ICU during highest-risk times.

The team also believe the technology could be used to monitor tissue viability in other operations in which tissues and organs are exposed. Potential applications might include monitoring organs intended for transplantation and detection of dangerously reduced blood flow in limbs.