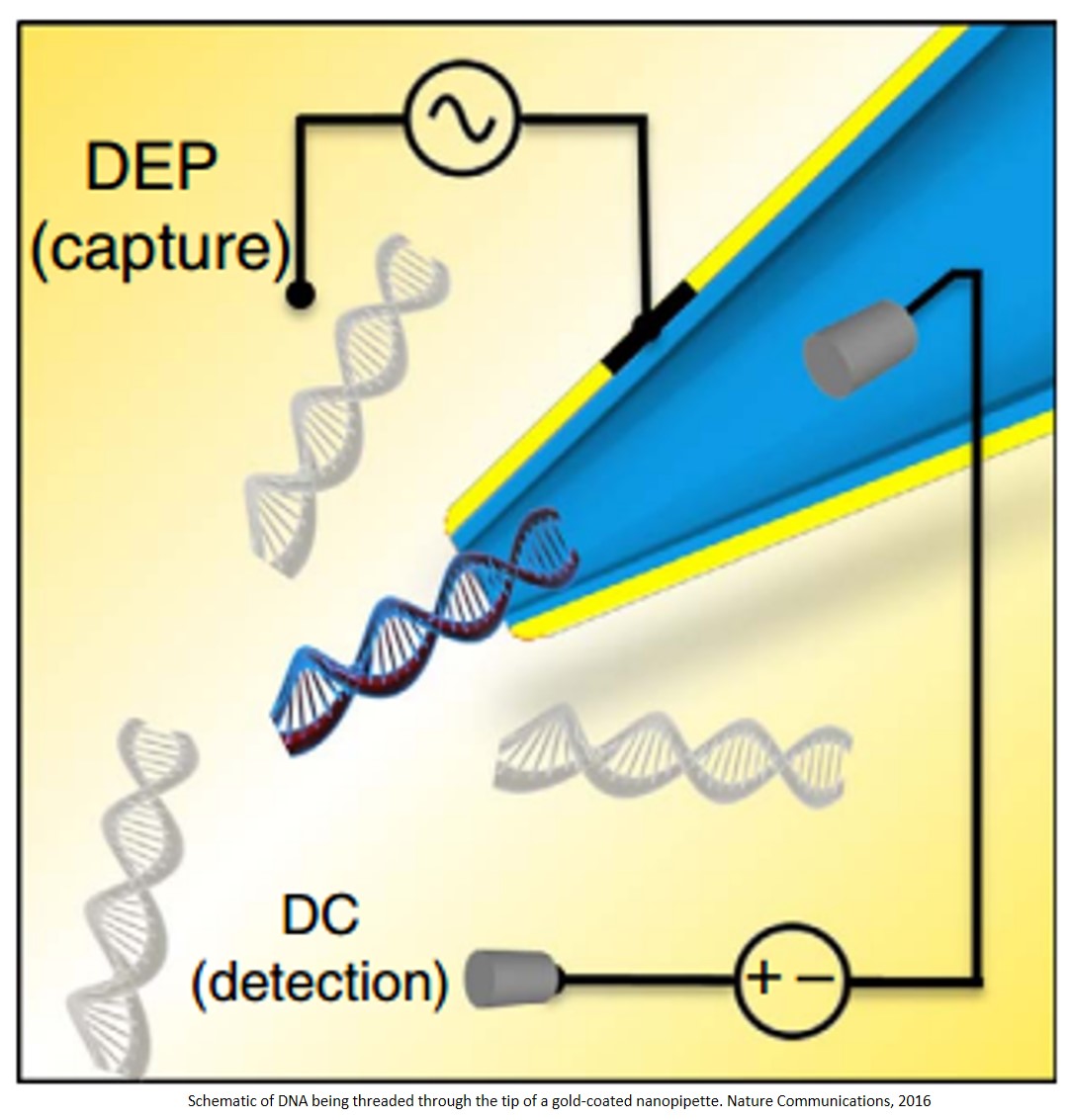 Single-molecule techniques are being developed with the exciting prospect of revolutionizing the healthcare industry by generating vast amounts of genetic and proteomic data.

One exceptionally promising route is in the use of nanopore sensors. However, a well-known complexity is that detection and capture is predominantly diffusion limited. This problem is compounded when taking into account the capture volume of a nanopore, typically 108–1010 times smaller than the sample volume.

To rectify this disproportionate ratio, researchers demonstrate a simple, yet powerful, method based on coupling single-molecule dielectrophoretic trapping to nanopore sensing.

They show that DNA can be captured from a controllable, but typically much larger, volume and concentrated at the tip of a metallic nanopore.

This enables the detection of single molecules at concentrations as low as 5 fM, which is approximately a 103 reduction in the limit of detection compared with existing methods, while still maintaining efficient throughput.