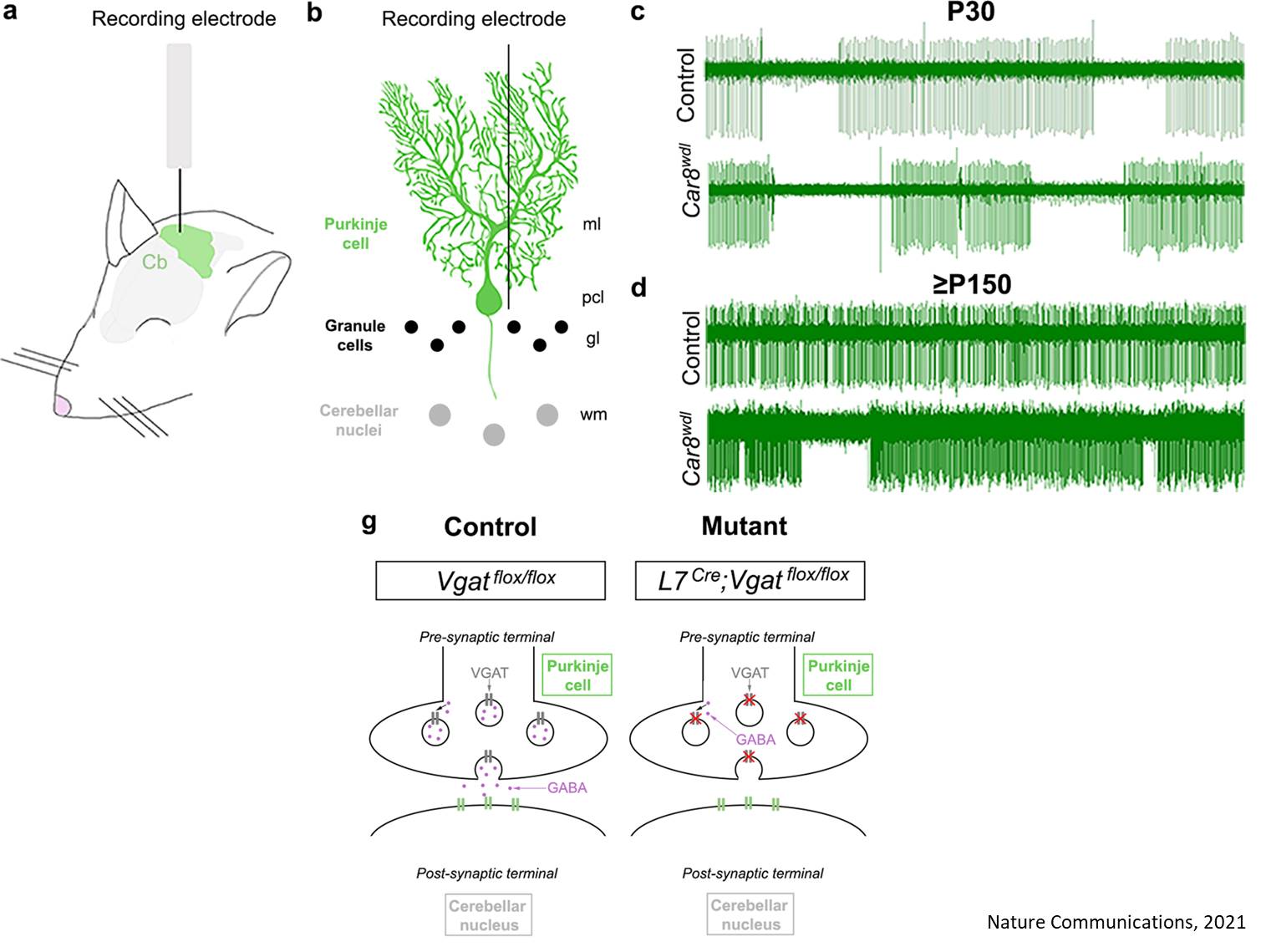 Working with a mouse model of the human condition, researchers discovered that combining DBS targeted to the cerebellum, a major motor center in the brain, and exercise rescued limb coordination and stepping and that the benefits persisted without further stimulation. In addition, the study reports that stimulating mice with early-stage ataxia showed the most dramatic improvements. These and other findings, published in the journal Nature Communications, provide valuable new insights in designing future DBS strategies to treat the human condition.

"People with ataxia usually have progressive problems with movement, including impaired balance and coordination that affect the person's ability to walk, talk and use fine motor skills. There are limited treatment options for this condition, and patients typically survive 15 to 20 years after symptoms first appear," said first author.

DBS currently is used to relieve motor dysfunction in Parkinson's disease and other movement conditions, but its value in treating ataxia has not been extensively explored. In this study, the researchers worked with Car8, a mouse model of hereditary ataxia to investigate whether adjusting the parameters of DBS and the stimulation target location would help increase the treatment's efficacy for the condition.

"We first targeted the cerebellum, because it's a primary motor center in the brain and this target location for DBS has seen encouraging success for treating motor problems that are associated with other conditions, such as a stroke," the author said. "We systematically targeted the cerebellum with different frequencies of DBS and determined whether there was an optimal frequency that would boost the efficacy of the treatment. When we used a particular frequency, 13 Hz, that was when motor function improved in our Car8 mice."

Neurostimulation with DBS improved muscle function and the general mobility of Car8 mice, but the researchers looked for additional ways to improve the condition.

"We know that exercise in general can benefit both muscle and neuronal health, and previous work in Parkinson's disease and stroke patients mentioned that neuromodulation techniques combined with physical stimulation showed benefits, so we decided to include exercise in our investigation," the author said. "We found that when the animals received DBS during exercise on a treadmill, there were improvements in motor coordination and stepping that we had not observed with DBS alone."

"In our ataxia model, improvements did not go away after one week of treatment, which has important practical implications for potential clinical applications," said co-author. "Also, all young mice with early stage ataxia responded, suggesting that it is possible that early treatment also might provide the biggest benefit for patients in the future."

The researchers also gained insights into the type of brain cells involved in the process of restoring movement in this ataxia mouse model. They found that Purkinje cell neurotransmission is needed for DBS to be effective. Purkinje cells are a type of neuron located in the cerebellar cortex of the brain. These cells are involved in the regulation of movement, balance and coordination among other functions.

"One of our goals is to further elucidate the role Purkinje cells play in recovering from ataxia," the co-author said.

"We are particularly excited about the results of this study because it may be possible to extrapolate our approach for treating not only other motor diseases, but perhaps also non-motor neuropsychiatric conditions," said corresponding author.