Nobel Prize for Physics in 2018 goes to Laser Physics! 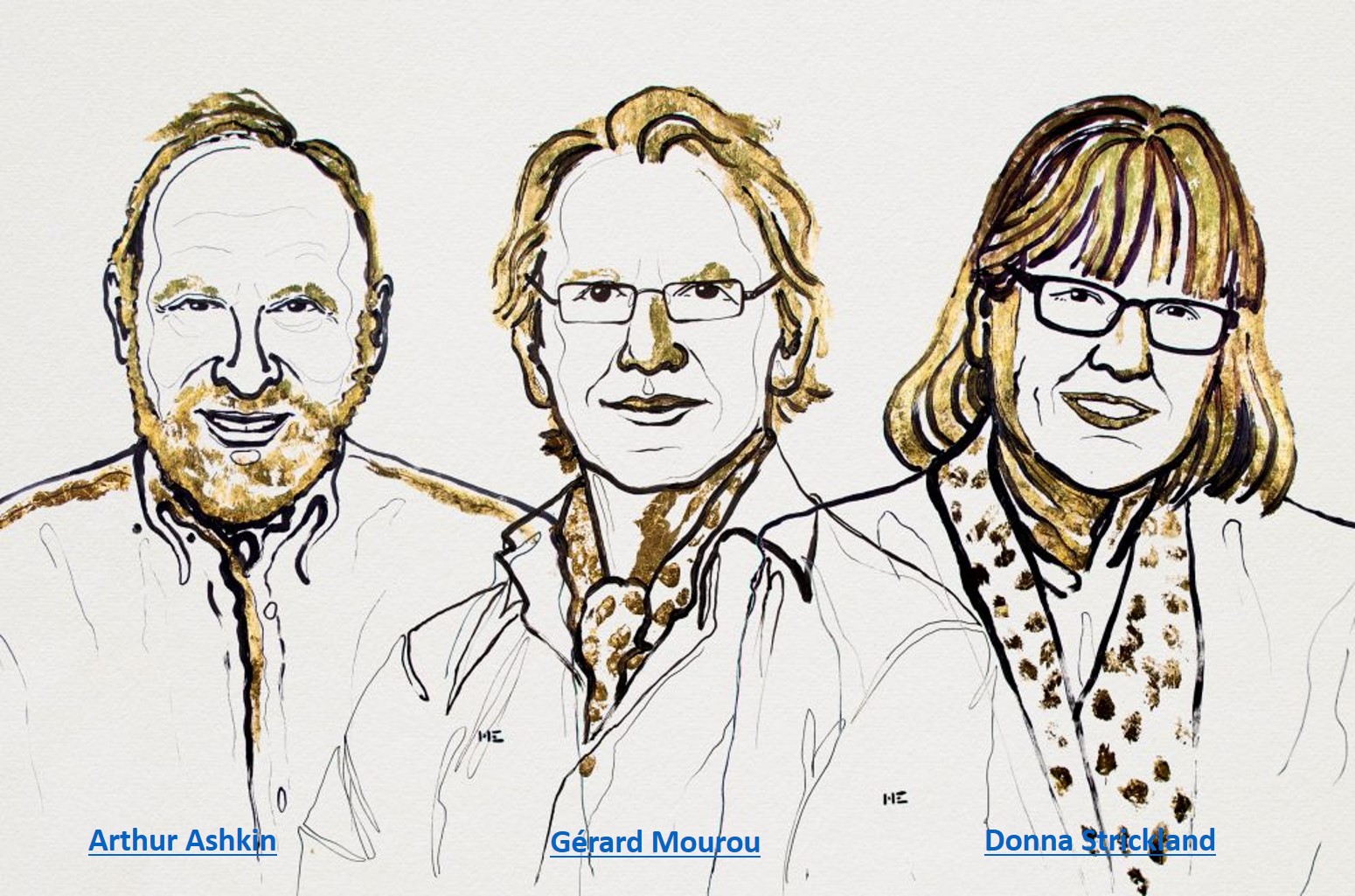 The Nobel Prize in Physics 2018 was awarded “for groundbreaking inventions in the field of laser physics” with one half to Arthur Ashkin “for the optical tweezers and their application to biological systems”, the other half jointly to Gérard Mourou and Donna Strickland “for their method of generating high-intensity, ultra-short optical pulses” ."

Arthur Ashkin invented optical tweezers that grab particles, atoms, viruses and other living cells with their laser beam fingers. This new tool allowed Ashkin to realise an old dream of science fiction – using the radiation pressure of light to move physical objects. He succeeded in getting laser light to push small particles towards the centre of the beam and to hold them there. Optical tweezers had been invented.

A major breakthrough came in 1987, when Ashkin used the tweezers to capture living bacteria without harming them. He immediately began studying biological systems and optical tweezers are now widely used to investigate the machinery of life.

Gérard Mourou and Donna Strickland paved the way towards the shortest and most intense laser pulses ever created by mankind. Their revolutionary article was published in 1985 and was the foundation of Strickland’s doctoral thesis.

Using an ingenious approach, they succeeded in creating ultrashort high-intensity laser pulses without destroying the amplifying material. First they stretched the laser pulses in time to reduce their peak power, then amplified them, and finally compressed them. If a pulse is compressed in time and becomes shorter, then more light is packed together in the same tiny space – the intensity of the pulse increases dramatically.

The innumerable areas of application have not yet been completely explored. However, even now these celebrated inventions allow us to rummage around in the microworld in the best spirit of Alfred Nobel – for the greatest benefit to humankind.