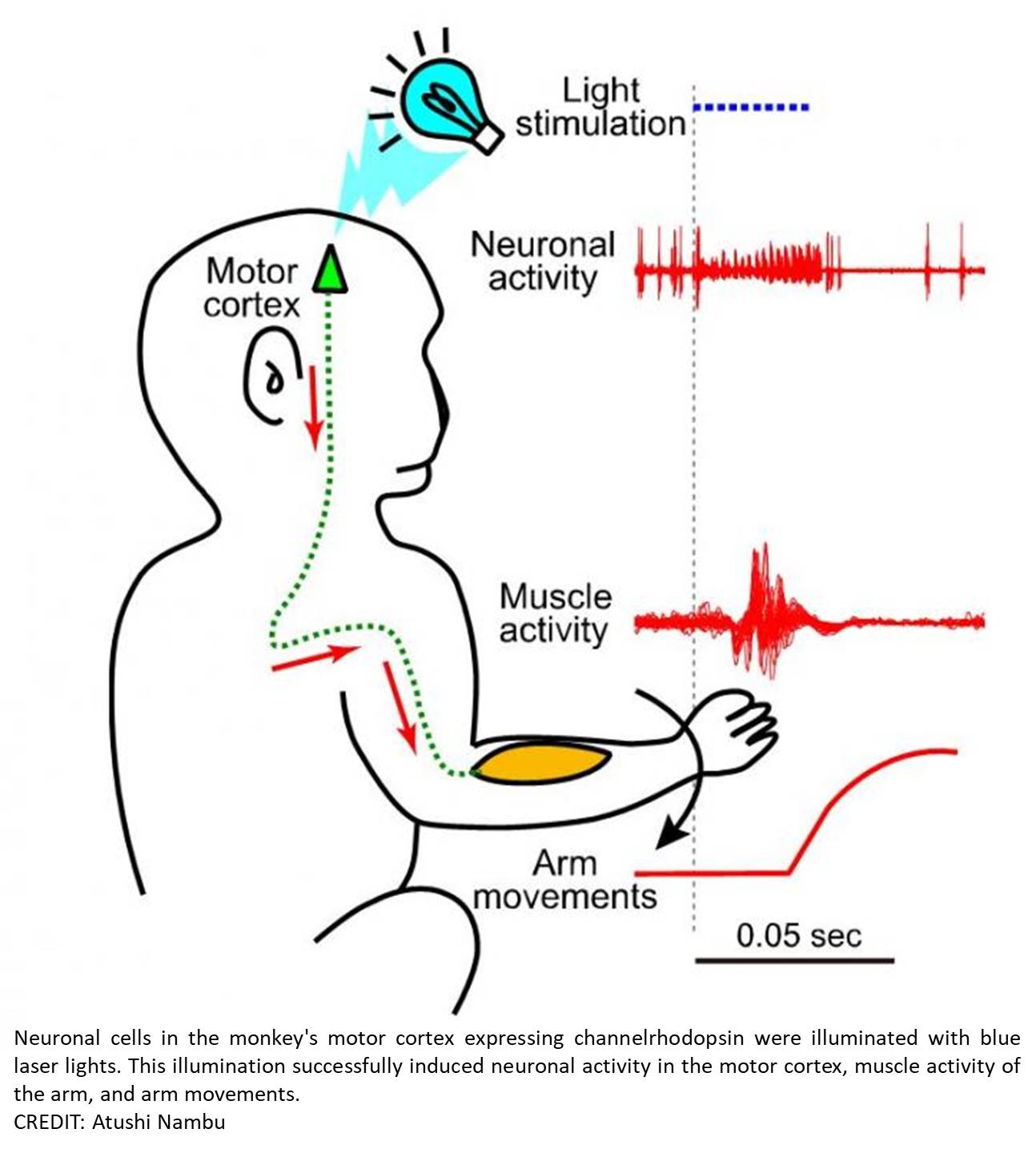 Optogenetics is a recently developed technique that can control cellular functions by illuminating lights to the cells in which light-sensitive proteins are expressed by gene transfer. Optogenetics enabled us to activate or inhibit a specific population of neuronal cells and revolutionized stimulation methods. It has now become an indispensable tool for investigating brain functions. So far, most studies using this technique have been performed in rodents, whereas trials to modify behaviors in monkeys have ended up in failure, except for a few studies targeting eye movements.

The research group  has succeeded in inducing arm movements in Japanese macaque monkeys by using optogenetics. This study will be published in Nature Communications.

First, the research team developed an adeno-associated viral vector that effectively expresses a light-sensitive protein, channelrhodopsin. The team injected the viral vector exactly into the arm region of the motor cortex in which electrical stimulation can induce clear arm movements.

This study has opened the door to optogenetic studies in non-human primates and toward clinical application in human patients, such as optical deep brain stimulation (DBS).