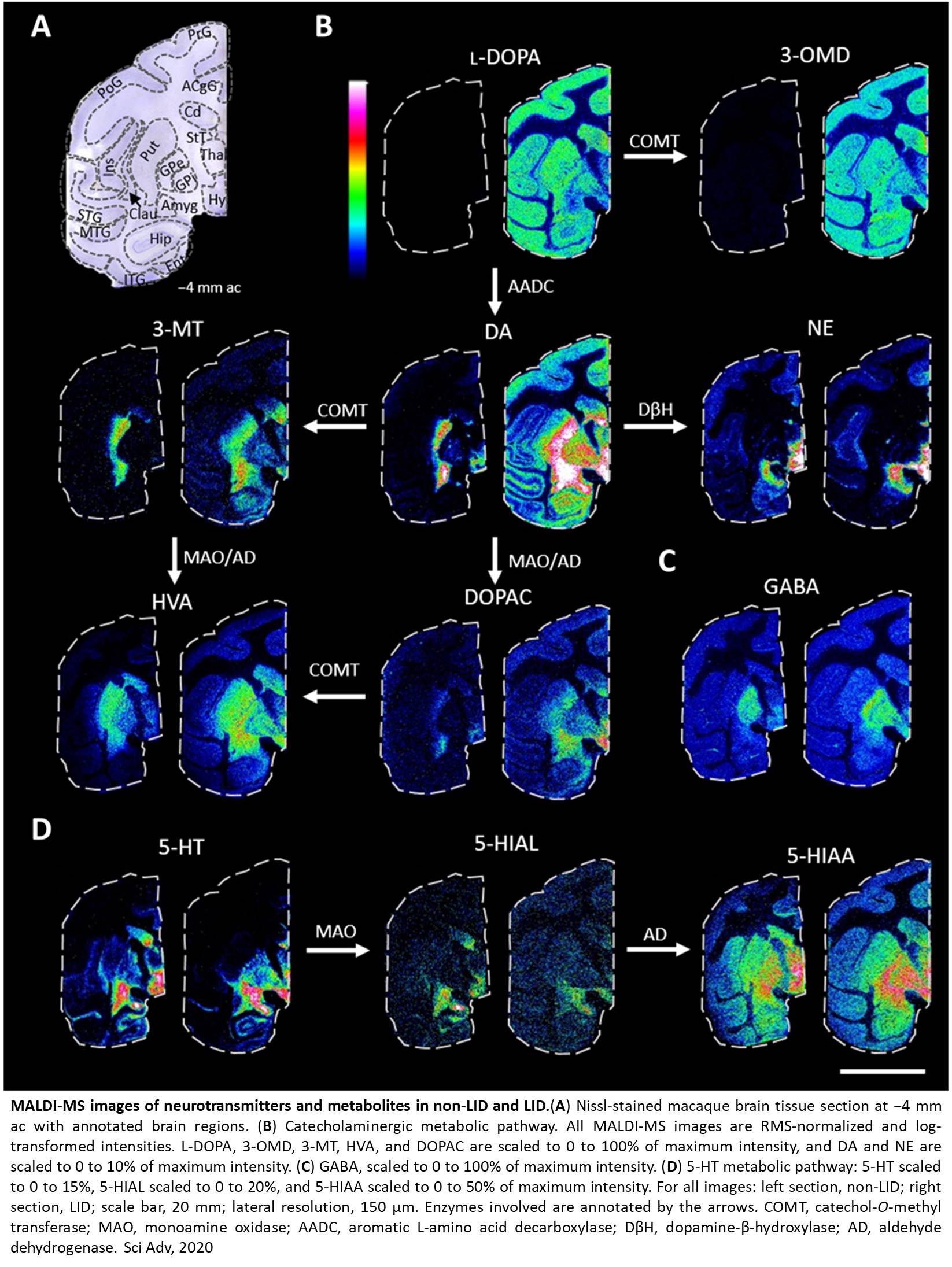 Until now, the reason why the drug levodopa (L-Dopa), which reduces the motor symptoms of Parkinson's disease, declines in efficacy after a few years' use has been unknown. A side effect that then often occur is involuntary movements. A team of scientists has now been able to connect the problems with defective metabolism of L-Dopa in the brain. The study is published in Science Advances.

Parkinson's disease (PD) is caused by the slow death of nerve cells that produce the key neurotransmitter dopamine. This results in the typical symptoms, such as rigidity and tremor. Treatment with L-Dopa, a precursor to dopamine, initially works very well as a rule; but after a few years, the effect of each dose becomes progressively more short-lived. Adverse side effects, such as rapid alternation between rigidity and uncontrolled movements that become increasingly severe over time, are very common. Finally, the benefits of L-Dopa treatment are jeopardised and the symptoms can become debilitating. Which neurochemical mechanisms cause these side effects is unknown. The involuntary movements are collectively known as "L-Dopa-induced dyskinesia".

Using a new method, "matrix-assisted laser desorption/ionisation mass spectrometry imaging" (MALDI-MSI), the researchers were able to map numerous neurotransmitters and other biomolecules directly in non-human primate brain tissue, which had not been possible before. The samples came from a French biobank.

Thus, they were able to compare in detail, and identify the differences between, the brains of two groups of parkinsonian animals. One group was suffering from motor complications caused by long-term L-Dopa treatment. In the second group were individuals who had PD symptoms to the same degree, and were receiving identical L-Dopa treatment, but in whom the medication had not caused the motor side effects.

In the group with motor disorders, abnormally elevated levels of both L-Dopa and 3-O-methyldopa were detected. The latter, a metabolite, is a product formed when L-Dopa is converted to dopamine. This was seen in all the brain regions examined, except - to the researchers' surprise - the particular part of the brain known as the striatum, which is thought to be involved in L-Dopa-induced movement disorders.

This suggests that brain mechanisms other than those that were previously recognised may underlie the motor disorders. Instead of originating in the striatum, these problems are most likely triggered by a direct effect of L-Dopa or dopamine, or a combination of the two, in some other part of the brain.

"Although there seems to be a direct connection between L-Dopa and motor complications, the mechanism that brings about the involuntary movements is still unclear and subject to further research. On the other hand, the new results show a direct role for L-Dopa in this motor disorder - independently from dopamine. And this indicates that L-Dopa may also act on its own in the brain," the author says.