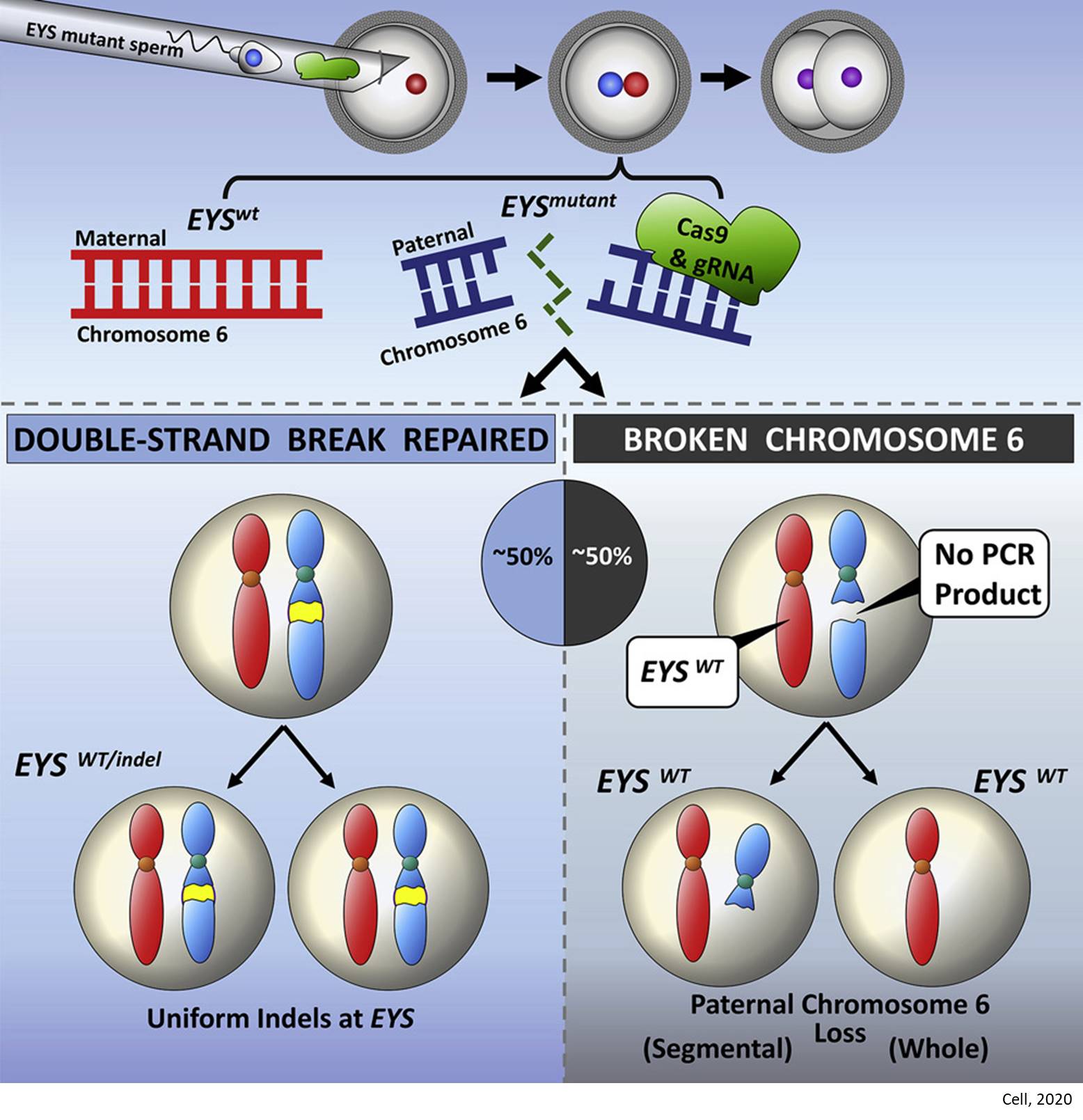 In a paper published in the journal Cell, scientists describe unexpected, undesirable outcomes after editing genes in human embryos with CRISPR, a genomic editing system.

The study, the most detailed analysis to date of CRISPR in human embryos, shows that applying CRISPR to repair a blindness-causing gene early in the development of a human embryo often eliminates an entire chromosome or a large section of it.

"Our study shows that CRISPR/Cas9 is not yet ready for clinical use to correct mutations at this stage of human development," says the study's senior author.

The genome editing system called CRISPR/Cas9 has revolutionized molecular biology in recent years, and its discoverers were honored with this year's Nobel Prize in chemistry. The system allows scientists to make precise changes in the genomes of cultured cells, living tissues, and animal embryos.

The first use of CRISPR in human embryos was reported in 2015. Just a few years later in 2018, He Jiankui claimed to have performed the procedure in a pair of twins, eliciting a firestorm of condemnation from scientists and government officials worldwide.

"We know from previous studies in differentiated human cells and in mice that a break in the DNA results in mostly two outcomes: precise repair or small local changes. At the EYS gene, these changes can yield a functional gene, though it is not a perfect repair," says the co-lead author of the paper.

When the authors looked at the entire genomes of the modified embryos in this study, they identified another outcome. "We learned that in human embryonic cells, a single break in the DNA can result a third outcome, the loss of an entire chromosome or sometimes a large segment of that chromosome, and this loss of the chromosome is very frequent," says the co-author.

In 2017, a study reported the successful correction of a heart disease-causing mutation in normal human embryos using CRISPR. Comprehensive data from the new study offer a different interpretation of these results: instead of being corrected, the chromosome carrying the mutation may have been lost altogether.

"If our results had been known two years ago, I doubt that anyone would have gone ahead with an attempt to use CRISPR to edit a gene in a human embryo in the clinic," the author says. "Our hope is that these cautionary findings should discourage premature clinical application of this important technology, but can also guide responsible research to achieve its ultimate safe and effective use."