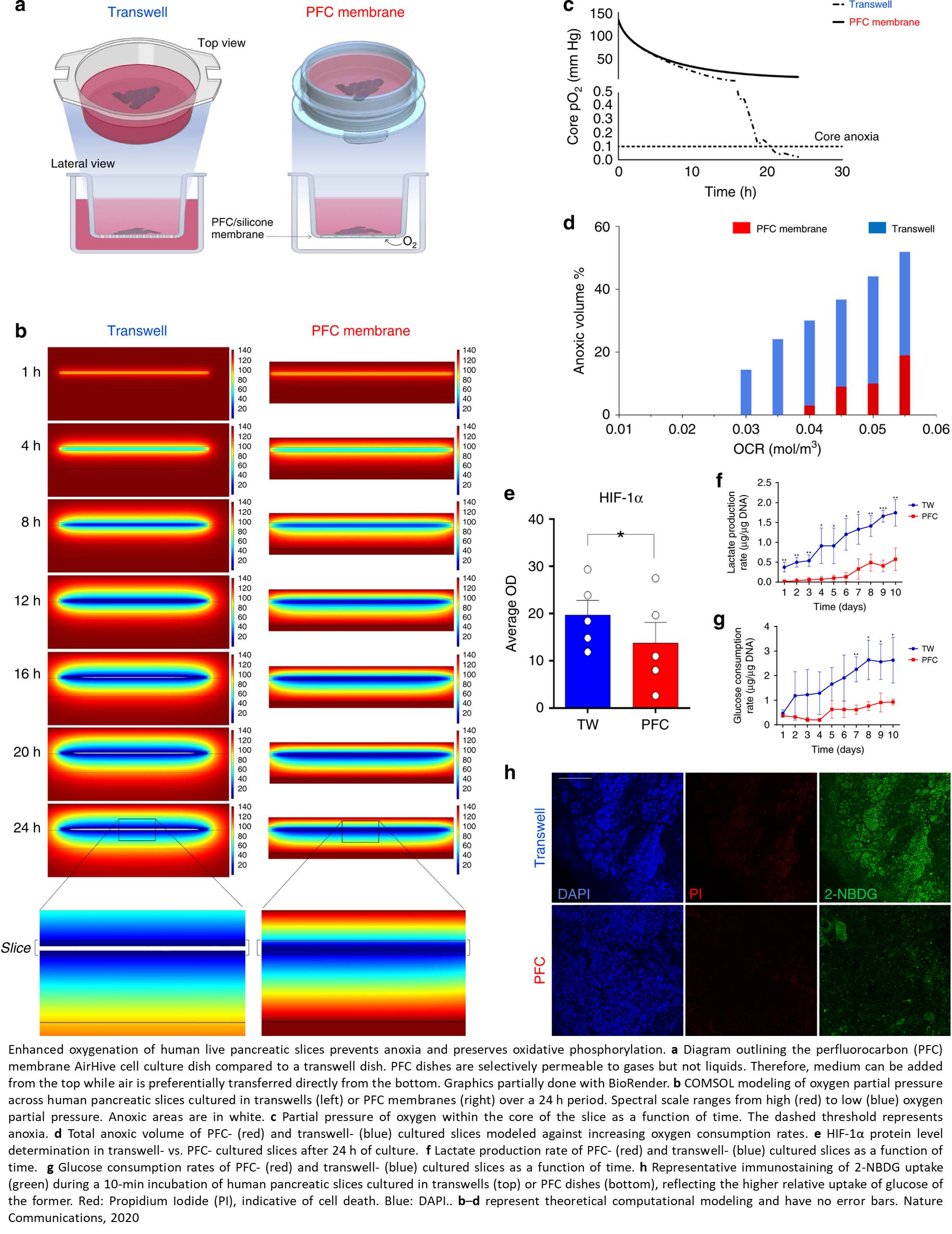 Scientists have developed a method allowing for the long-term culture of "pancreatic slices" to study the regeneration of the human pancreas in real time. The results, published in the journal of Nature Communications, demonstrate for the first time that extended cultures of near-intact human pancreatic tissue retain the ability of the live organ to replenish insulin-producing beta cells. The use of this system as a model to study pancreatic regeneration could have important therapeutic implications for the treatment of diabetes.

Pancreatic slices are very thin live sections of the organ that preserve the cellular architecture and cell-to-cell interactions of the native organ. The generation of slices from human donors was first accomplished in the context of an initiative sponsored by the Network for Pancreatic Donors with Diabetes (nPOD). However, slices are fragile and usually disintegrate in culture very quickly due to self-digestion and lack of sufficient oxygenation. Such rapid deterioration was incompatible with the study of the regeneration of insulin-producing beta cells, which are destroyed by autoimmunity in type 1 diabetes. However, the scientists circumvented this problem by placing the slices on a culture device that enhances the oxygenation of the tissue. This led to the extended survival and biological function of the slices for many days.

"The ability to keep human pancreatic slices alive for nearly two weeks is a technical breakthrough that allows us to witness the regeneration of beta cells in a human model that strongly resembles the real pancreas," said the principal investigator of this work. "We now have a window into the native human organ that simply wasn't possible prior to this study."

The research on regeneration focused on a population of stem-like "progenitor" cells that had been previously characterized by this team in the human pancreas - a pool of cells that remains intact even in patients with long-standing type 1 diabetes. These cells were shown to respond to a natural growth factor, BMP-7, by proliferating and subsequently giving rise to insulin-producing beta cells.

"Extending the life of these slices in culture was key to observe beta cell regeneration in real time following the addition of BMP-7, even in slices obtained from diabetic donors. This gives us hope that we may be able to apply this approach to living patients one day," said the co-principal investigator of this study.

The findings and system utilized here will continue to impact future studies of the human pancreas. Considering that preclinical work in animals often translates poorly to humans, this in vitro model of the human pancreas could be used to screen for additional regenerative agents with an unparalleled degree of accuracy when it comes to predicting responses in patients. This could lead to a faster and more certain path to clinical trials for type 1 and type 2 diabetes.

Carbon capture and utilization for chemicals