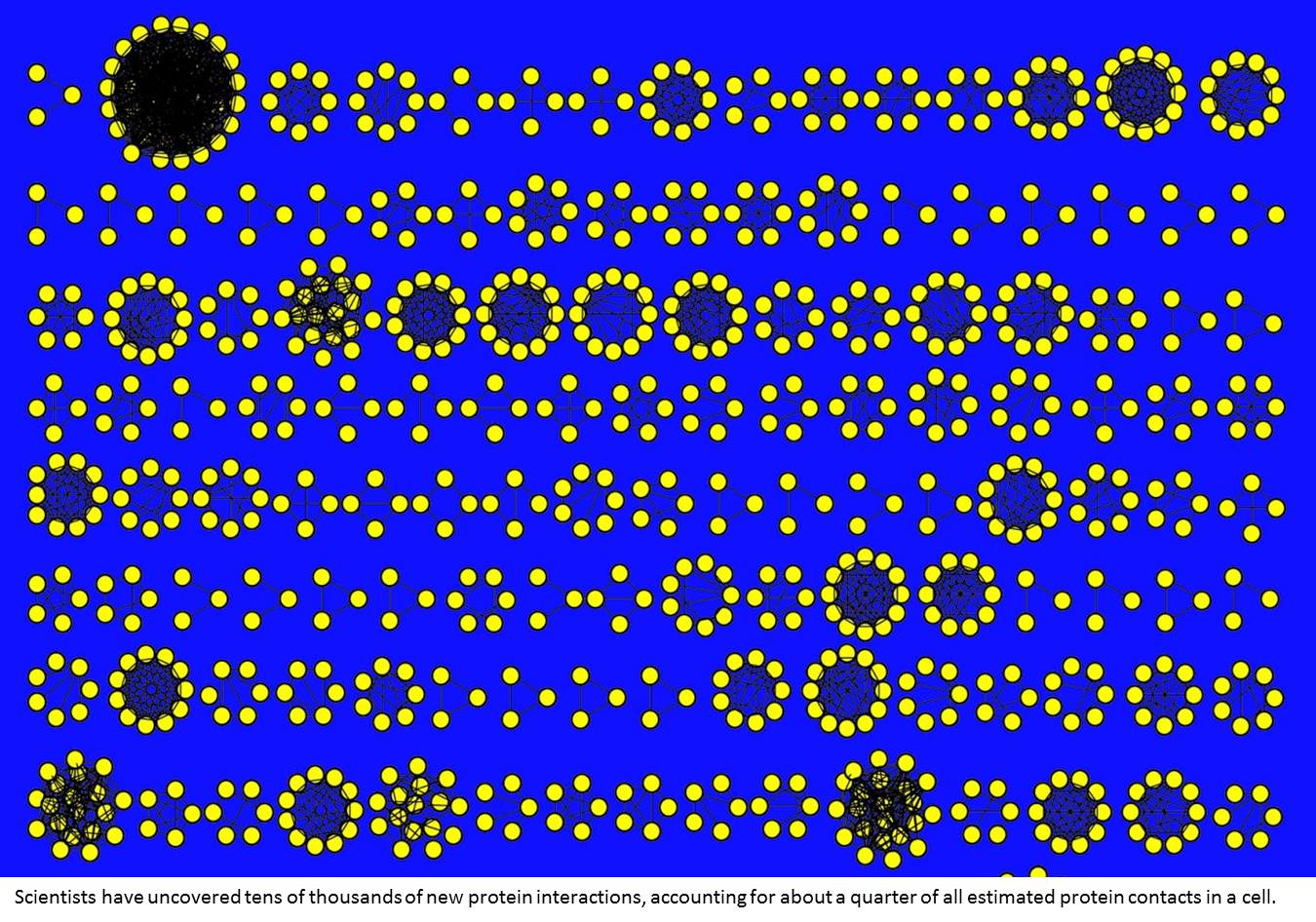 Proteins work in teams by sticking to each other to carry out their jobs. Many proteins come together to form so called molecular machines that play key roles, such a building new proteins or recycling those no longer needed by literally grinding them into reusable parts. But for the vast majority of proteins, and there are tens of thousands of them in human cells, we still don't know what they do.

The researchers were now able to fish thousands of protein machineries out of cells and count individual proteins they are made of. They then built a network that, similar to social networks, offers clues into protein function based on which other proteins they hang out with. For example, a new and unstudied protein, whose role we don't yet know, is likely to be involved in fixing damage in a cell if it sticks to cell's known "handymen" proteins.

The landmark study published in the journal naturegathered information on protein machineries from nine species that represent the tree of life: baker's yeast, amoeba, sea anemones, flies, worms, sea urchins, frogs, mice and humans. The new map expands the number of known protein associations over 10 fold, and gives insights into how they evolved over time.

The map is already proving useful in pinpointing possible causes of human disease. One example is a newly discovered molecular machine, dubbed Commander, which consists of about a dozen individual proteins. Genes that encode some of Commander's components had previously been found to be mutated in people with intellectual disabilities but it was not clear how these proteins worked.

Because Commander is present in all animal cells, rrsearchers went on to disrupt its components in tadpoles, revealing abnormalities in the way brain cells are positioned during embryo development and providing a possible origin for a complex human condition.