Remote-controlled bacteria made to swim 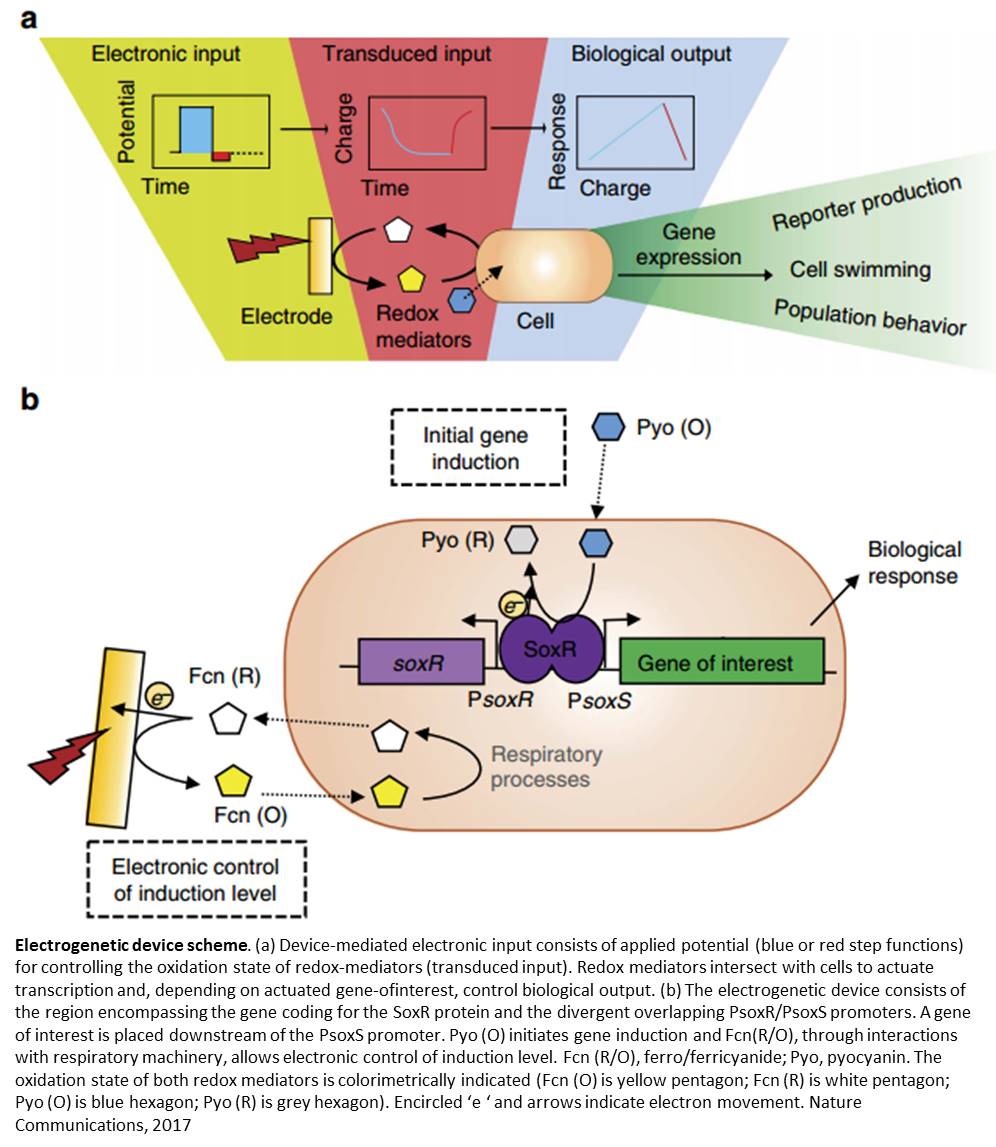 Bacteria can be made to move and communicate with each other using electrodes.

Researchers introduced genes into Escherichia coli that can be activated by oxidants in the bacteria’s environment. The team then exposed the microbes to small molecules that can be converted from a reducing to an oxidizing state by a voltage.

When the researchers applied this voltage using electrodes, they activated the inserted genes, causing the bacteria to produce proteins that fluoresced, or to swim or release chemicals to communicate with nearby cells.

The system could be useful one day for the design of biohybrid devices such as biosensors, the authors say.