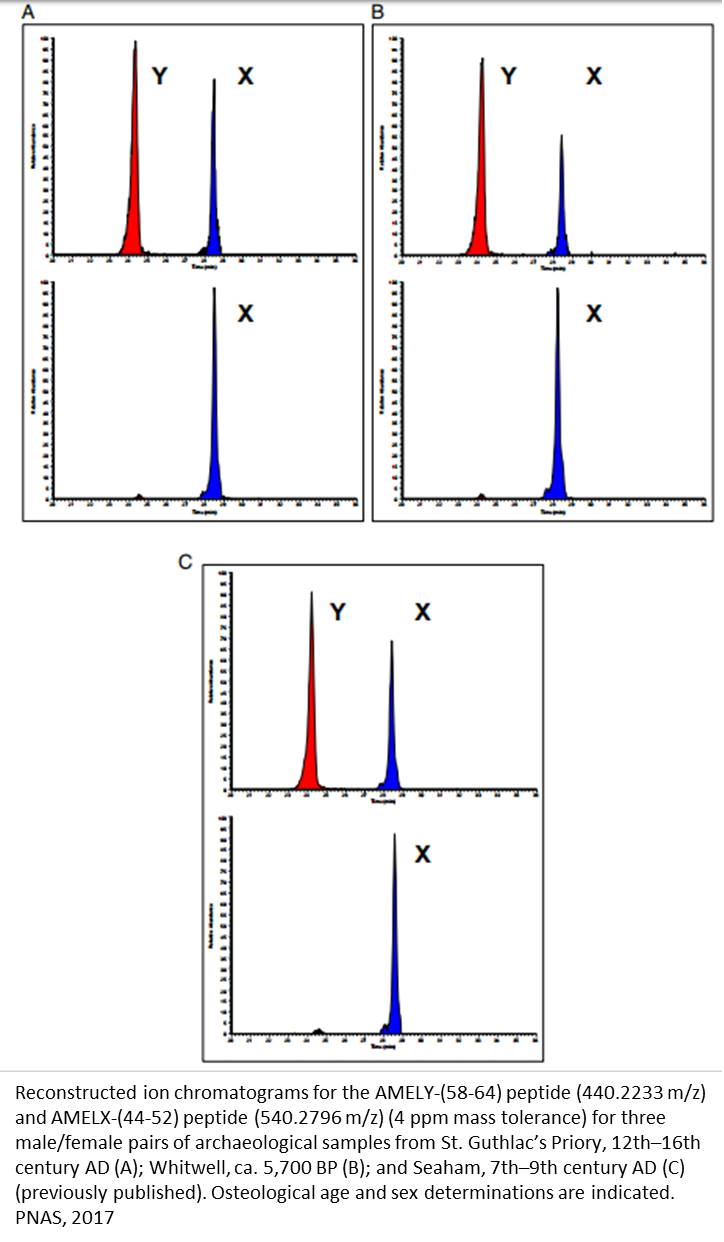 Determining the sex of human remains has numerous applications, such as in archaeological and legal contexts. DNA sequencing can be used for sex determination, but the approach is often expensive, time-consuming, and dependent on the quality of the DNA sample.

Sex chromosome-linked isoforms of amelogenin—an enamel-forming protein—are identified from the acid-etching sample using nanoflow liquid chromatography mass spectrometry. The authors tested the method on the remains of seven adult individuals from the late 19th century, as well as male and female pairs from three archaeological sites ranging from 5,700 years ago to the 16th century in the United Kingdom.

In each context, the method successfully determined the sex of the individuals, as confirmed by comparison with coffin plates or standard osteological analyses. According to the authors, the method has potential implications for improving techniques for sex determination of human remains, and might have applications in bioarchaeology and medical-legal sciences.