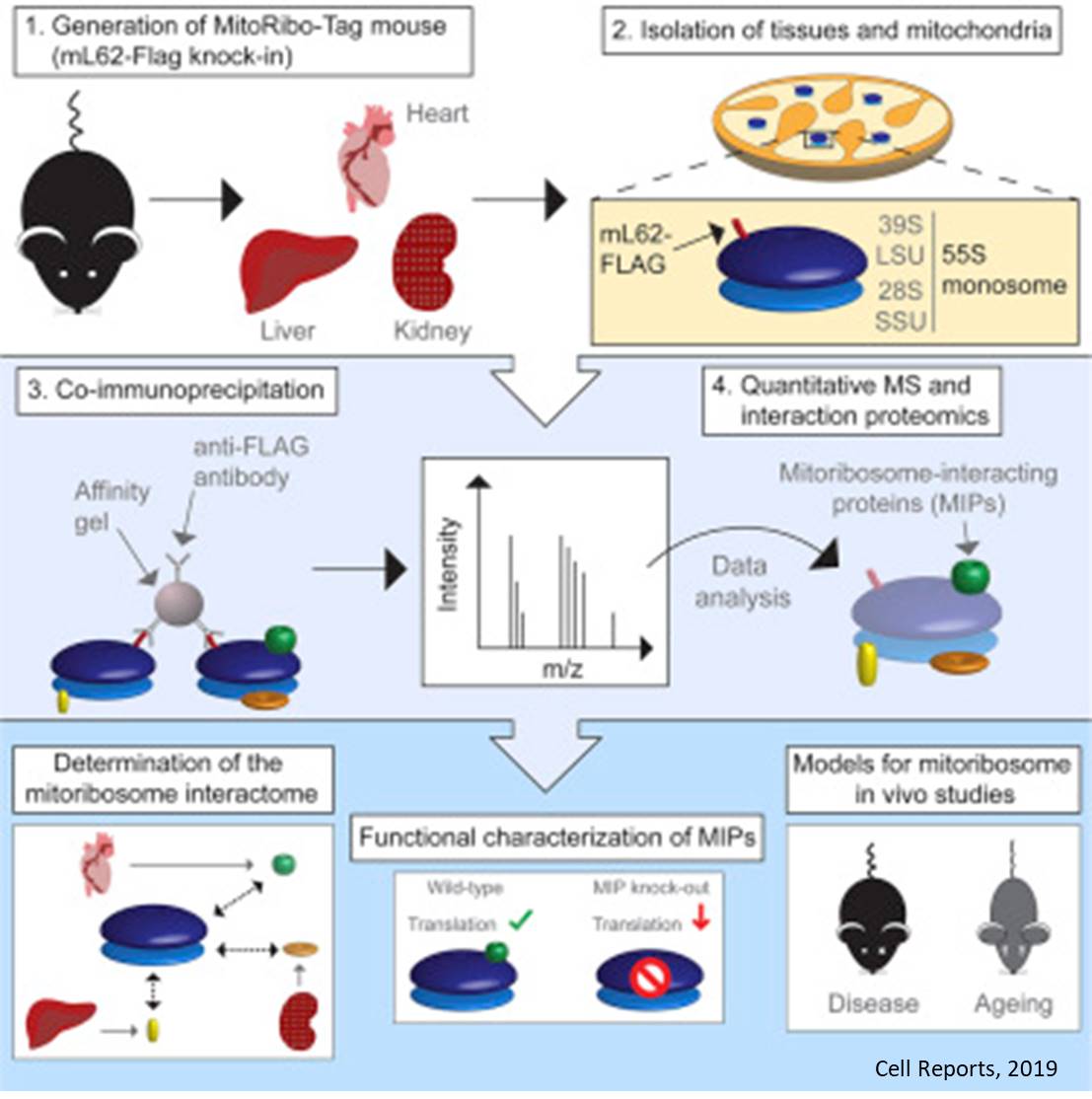 Researchers have developed a new research tool for studying how mitochondrial protein synthesis is affected by disease, pharmaceuticals, ageing and different physiological situations such as exercise and diet. The study is presented in the scientific journal Cell Reports.

The mitochondria are the power plants of our cells and are essential for converting the energy in the food we eat to a useful cellular energy currency. Proper regulation of mitochondrial function is critically important for human health. There are not only a large number of known inherited mitochondrial disorders that often seriously impair the function of the brain, heart, skeletal muscle and other organs, but decreased mitochondrial function also plays an important role in ageing and age-associated human diseases.

"It is crucial to unravel how mitochondrial function is regulated in order to better understand these disorders and develop new treatment strategies," says the senior author of the study.

Mitochondria contain their own protein synthesis factories, the mitoribosomes, that are distinct from the other ribosomes in the cell. Although there has been marked progress in our understanding of the structure and composition of the mitoribosome over recent years, the regulation of their function is poorly understood.

Now, the research group describes a novel strategy to identify proteins that interact with and regulate the mitoribosome. They have created a model, the MitoRibo-Tag mice, in which every mitoribosome contains a small tag which can be used as a type of fishing rod to isolate mitoribosomes. Using large-scale proteomics analyses, the new tool enables identification of interacting proteins in a variety of tissues.

Authors also define the composition of an assembly intermediate formed in the absence of MTERF4, necessary for a late step in mitoribosomal biogenesis. They identify the orphan protein PUSL1, which interacts with a large subunit assembly intermediate, and demonstrate that it is an inner-membrane-associated mitochondrial matrix protein required for efficient mitochondrial translation.

"We believe that the MitoRibo-Tag mice will be a valuable tool for future studies of how mitochondrial protein synthesis is affected by disease, pharmacological interventions, ageing and different physiological situations such as exercise, caloric restriction and high-fat diet," says the co-author of the paper.