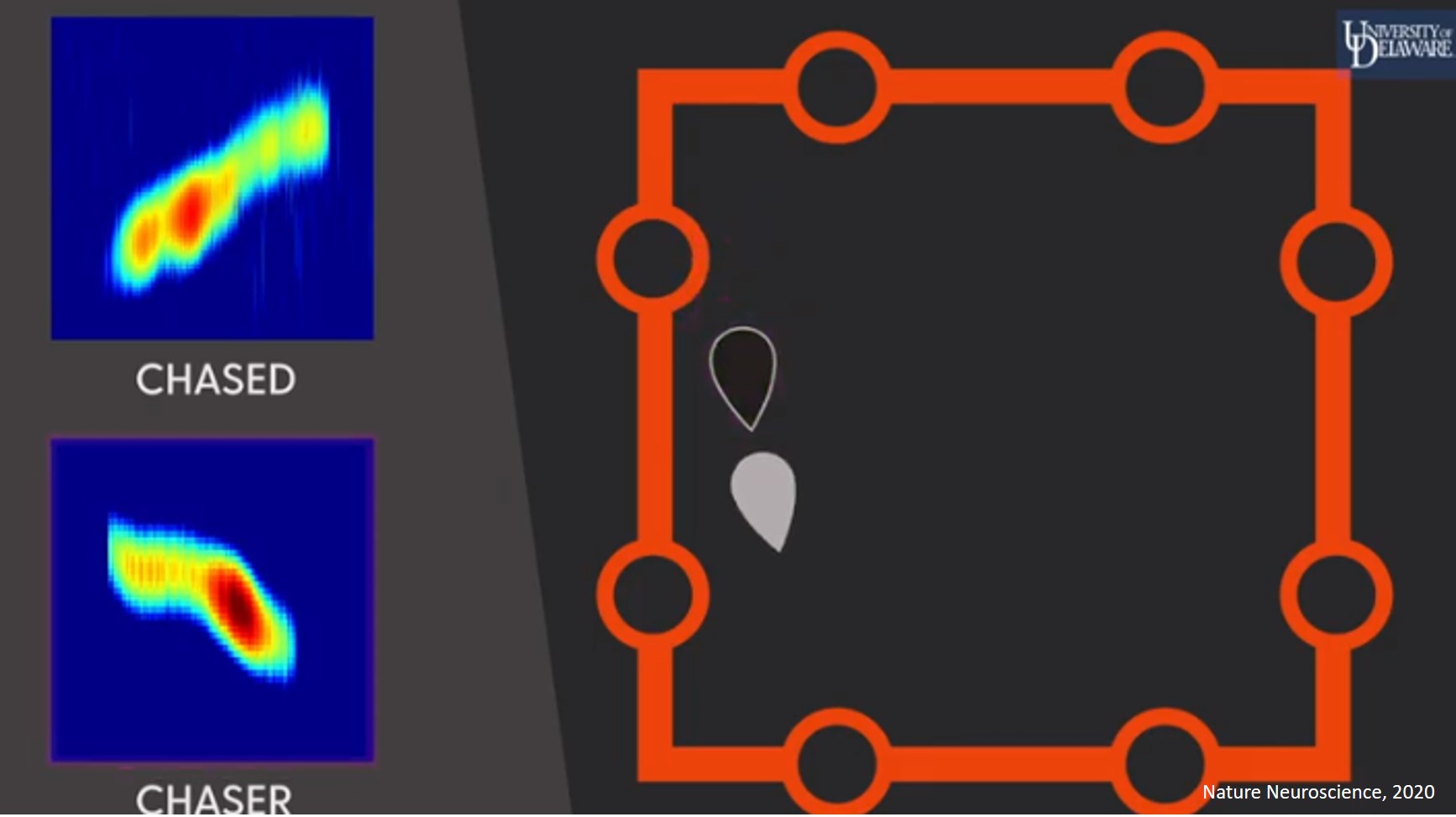 You can't call it a dictionary just yet, but researchers are starting to break the code mice use to communicate with each other.

The research team have found a way to identify precisely which mouse is making which sound, where and when. Their findings, which were just published in Nature Neuroscience, provide a foundation for examining the neural circuits that link sensory cues -- specifically these ultrasonic mouse calls -- to social behavior.

"This is fundamental science that will allow us to potentially get at more complicated problems," the senior author said. That includes a broad range of communication disorders, including autism.

Humans can't hear the majority of mouse-to-mouse vocal interactions at all because they happen on a scale our ears don't catch. This is likely one of life's hidden blessings, since mice like to scurry around in our walls, attics, basements and other human habitats.

But studying their communication patterns can help researchers understand the neurobiology of social behavior and bring valuable insight--not just into the secret life of rodents, but possibly into the mechanics of human communication. Research shows that about 98 percent of human genes are shared by mice.

To study these mouse interactions, the team gathered data as four mice -- two males, two females -- got acquainted. The mice interacted for five hours at a time in a chamber fitted with eight microphones and a video camera. Researchers recorded 10 similar encounters using different mice each time, studying a total of 44 mice.

They collected enormous amounts of data, with each microphone capturing 250,000 audio samples per second and the video camera capturing 30 frames per second. Each five-hour encounter produced more than 100 gigabytes of data.

Using machine-learning programs along with other computational approaches, they were able to show that specific sounds were associated with distinct behaviors.

"To make sense of the mountain of data, we wrote a lot of computer programs," the senior author said. "Everybody in the lab now writes code -- and that's a huge attribute of what my lab does. I think it's essential for deciphering very complex behavior."

That code is available -- free of charge -- to other interested researchers, the author said.
Among their findings:

Another recent study by the team drew on the same microphone/camera setup and showed how specific social interactions differ.

In that study, published by Scientific Reports, the calls of female mice were analyzed by their interaction with male mice or with other female mice.

The team said the most compelling finding of this study was that mouse behavior changes depending on the vocalizations of other mice. For example, the male accelerates after a female vocalizes if she is moving faster than he has been.

The senior author said the lab's setup -- where the mice mingle freely -- is much more dynamic than more standard approaches that allow animals to see each other but keep them separated to make it easier to quantify an animal's social behavior.

"Here there is free interaction," the author said. "It is complex and the mice emit a lot of vocalizations.... We know who is vocalizing and we can see how they all respond to specific types of calls."

That is information that may soon produce much more insight into how a mouse's brain circuitry works -- the way messages are sent, interpreted and acted upon.