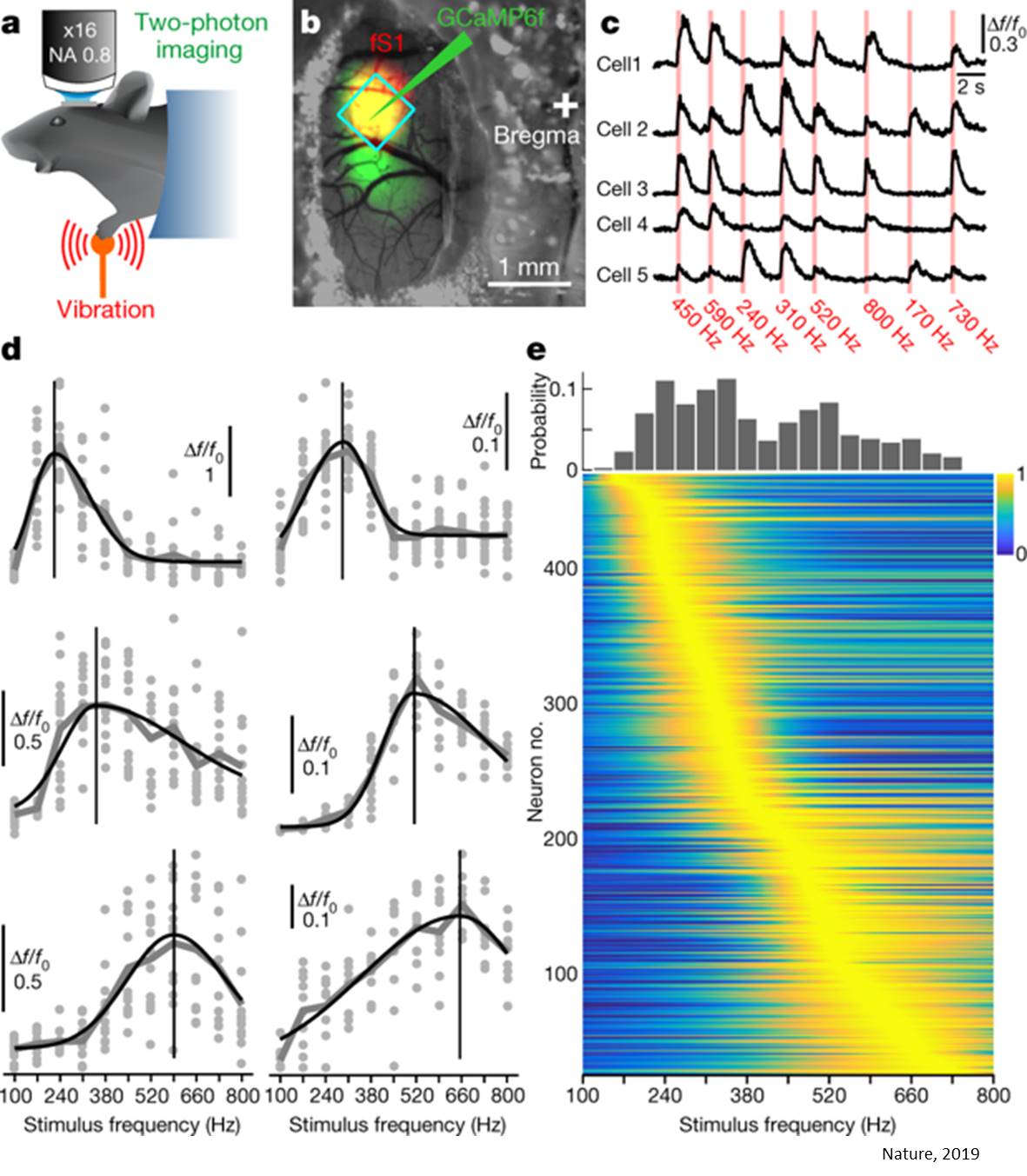 We all know the feeling of a mobile phone vibrating in our hands when announcing an incoming call. If we perceive these vibrations so clearly, it is due to specialized receptors that transduce them into neural signals sent to our brain. But how does the latter encode their physical characteristics? To understand this, neuroscientists have observed what happens in the brains of mice whose forepaws perceive vibrations. They discovered that neurons in the somatosensory cortex are activated in a manner similar to those in the sound-reactive auditory cortex. These results, published in the journal Nature, suggest that feeling a phone vibrate or hearing it ring is ultimately based on the same brain codes.

If you place a glass of water on your desk, you can probably see on its surface the concentric oscillatory motions created by the small movements that occur nearby. These oscillations are caused by vibrations that propagate through the floor, desk, glass and all other solid surfaces. These vibrations are also important sensory stimuli that we use to detect, for example, an approaching train or to identify the familiar step of our office neighbor.

Using two-photon microscopy, the team visualized the activity of hundreds of neurons in a mouse's somatosensory cortex as vibrations of different frequencies were delivered to its forepaw. Like in the auditory cortex, individual neurons were selectively tuned: they strongly responded to some frequencies and less so to others. “It turns out that these neurons are preferentially tuned to a specific combination of frequency and amplitude, and that this combination corresponds to what the mouse actually perceives. In other words, a mouse is unable to distinguish a high-frequency vibration with a low amplitude from a low-frequency vibration with a higher amplitude,” explains the study's first author. It is the same psychoacoustic effect detected in the auditory system, where the perceived pitch of a sound changes with both frequency and loudness. Thus, despite the fact that sounds - which travel through the air - and vibrations - which are transmitted through solid matter - are processed by different sensory channels, they are both perceived and encoded similarly in the brain.

In a second step, the researchers sought to identify the origin of the somatosensory stimuli involved by performing a detailed histological analysis of Pacinian corpuscles in mouse forelimb. Pacinian corpuscles are known to transduce high frequency vibrations in mammals and are densely expressed in the dermis of primate fingertips. “Surprisingly, we found that the vibration responses in the mouse brain stem from Pacinian corpuscles located on the forearm bones, whereas they were totally absent in the paw's skin,” explains another author. Using optogenetics, the scientists confirmed the link between cortical responses and the particular configuration of mechanoreceptors in the forelimbs.

Could it be that the particular distribution of vibration-sensitive mechanoreceptors along the bones of the forelimb acts as a seismograph to «listen» to vibrations? Vibratory stimuli are indeed used by a number of living organisms to communicate through plants, branches and other solid substrates. “Our discoveries probably reveal the existence of an ancient sensory channel, which could be an evolutionary precursor of hearing,” concludes the senior author. This somewhat vestigial, yet highly sensitive modality might also explain how we are able to identify subtle clues linked to upcoming natural disasters, or why construction or traffic causes nuisances even when inaudible. Novel mechanism that cause protein clumping in brain diseases