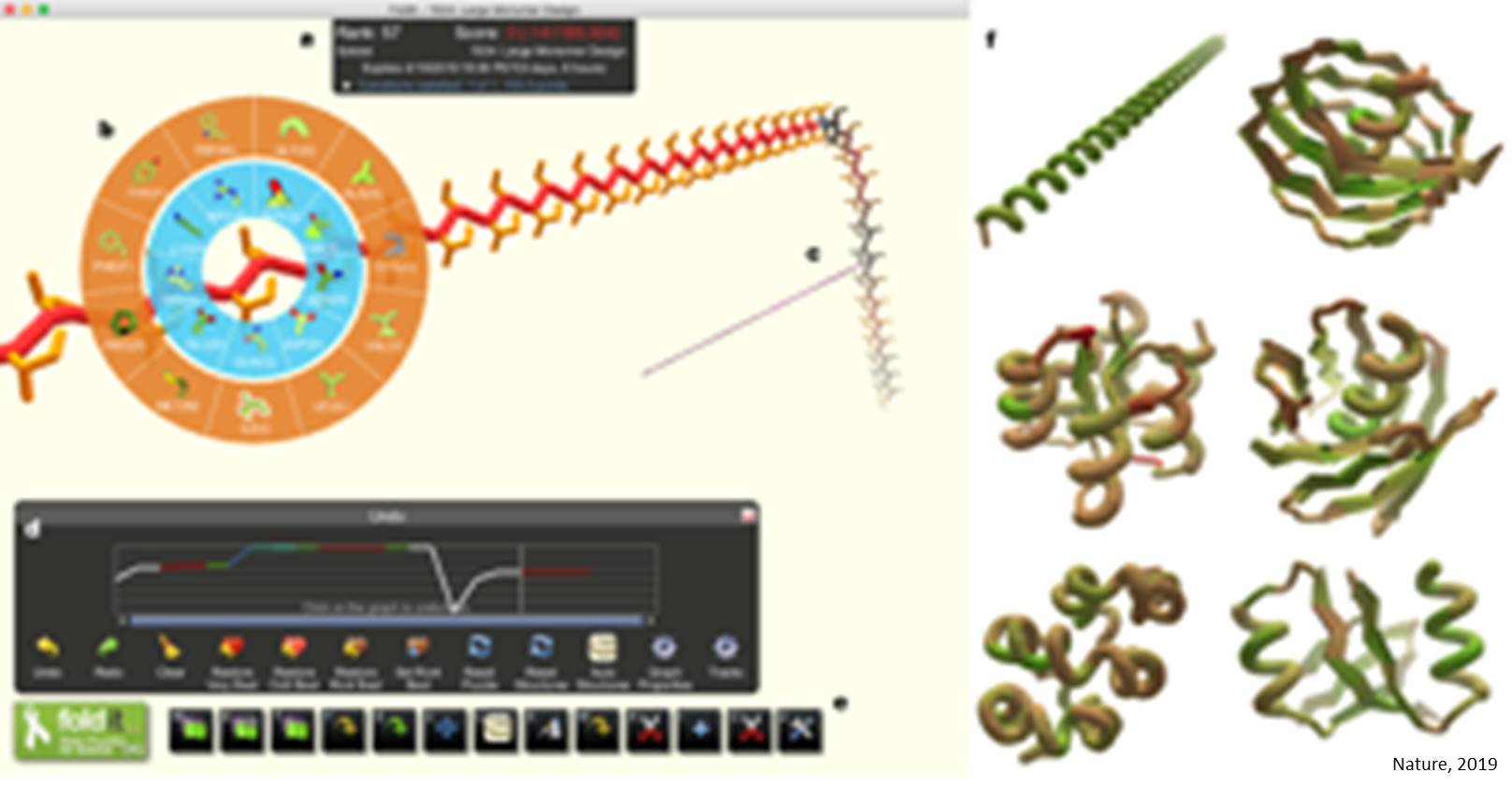 A team of researchers encoded their specialized knowledge into the computer game Foldit to enable citizen scientists to successfully design synthetic proteins for the first time.

The initial results of this collaboration appear in the journal Nature. The Institute for Protein Design at the University of Washington School of Medicine led the multi-institutional effort.

"There are more possible proteins than there are atoms in the universe. It's exciting to think that now anyone can help explore this vast space of possibilities," said senior co-author.

"The diversity of molecules that these gamers came up with is astonishing," said lead author. "These new proteins are by no means inferior to the stuff a PhD-level scientist might make."

Foldit was created in 2008 as a way to 'gamify' protein research. Proteins are essential biomolecules found inside every cell of every organism. Their intricate three-dimensional structures give rise to their diverse functions, which include digestion, wound healing, autoimmunity and much more.

Through gameplay, Foldit players have helped determine the structure of an HIV-related protein and improved the activity of useful enzymes. Until now, however, Foldit players could interact only with proteins that already existed. There was no way to design new ones.

"Designing completely new proteins that didn't exist in nature has been our goal with Foldit for a long time," said senior co-. "This new set of results shows that it's possible."

To turn Foldit into a platform for protein design, the researchers encoded biochemical knowledge into the game. That way, designer molecules that scored well in Foldit would be more likely to fold up as intended in the real world.

"We didn't give [Foldit players] any lectures or tell them to read anything. Instead, we tweaked the code that has run the game over many years," said senior co-author.

The scientists tested 146 proteins designed by Foldit players in the laboratory. 56 were found to be stable. This finding suggested the gamers had produced some realistic proteins. The researchers collected enough data on four of these new molecules to show that the designs adopted their intended structures.

"I never would have believed they would get that good, but Foldit players never cease to amaze us." said the author.

Crafting new proteins is a bit like trying to tie never-before-seen knots using rope that is a million times thinner than a human hair. To date, only a small group of experts with intimate knowledge of the way biomolecules twist and turn bothered with this exceedingly complex task. Most use automated molecular design algorithms, and most design algorithms fail far more often than they succeed.

"We are always trying to make the algorithms better, but the human element is key," said the author. "In fact, through Foldit design, players have even discovered flaws in the Rosetta energy function -- our state-of-the-art method for protein design."

Protein design is an emerging scientific discipline. In the past five years, experts at the Institute for Protein Design and their colleagues have created proteins that stimulate the immune system to fight cancer and others that act as potent vaccine candidates. In April, the Institute for Protein Design received a commitment of $45 million in funding through The Audacious Project, a philanthropic collaborative organized by TED, to design protein-based vaccines, medicines and materials.

Could gamers create the next blockbuster drug?

"Foldit players are a new addition to the research arsenal," said the author. "They're not a silver bullet, but they are an amazing resource."