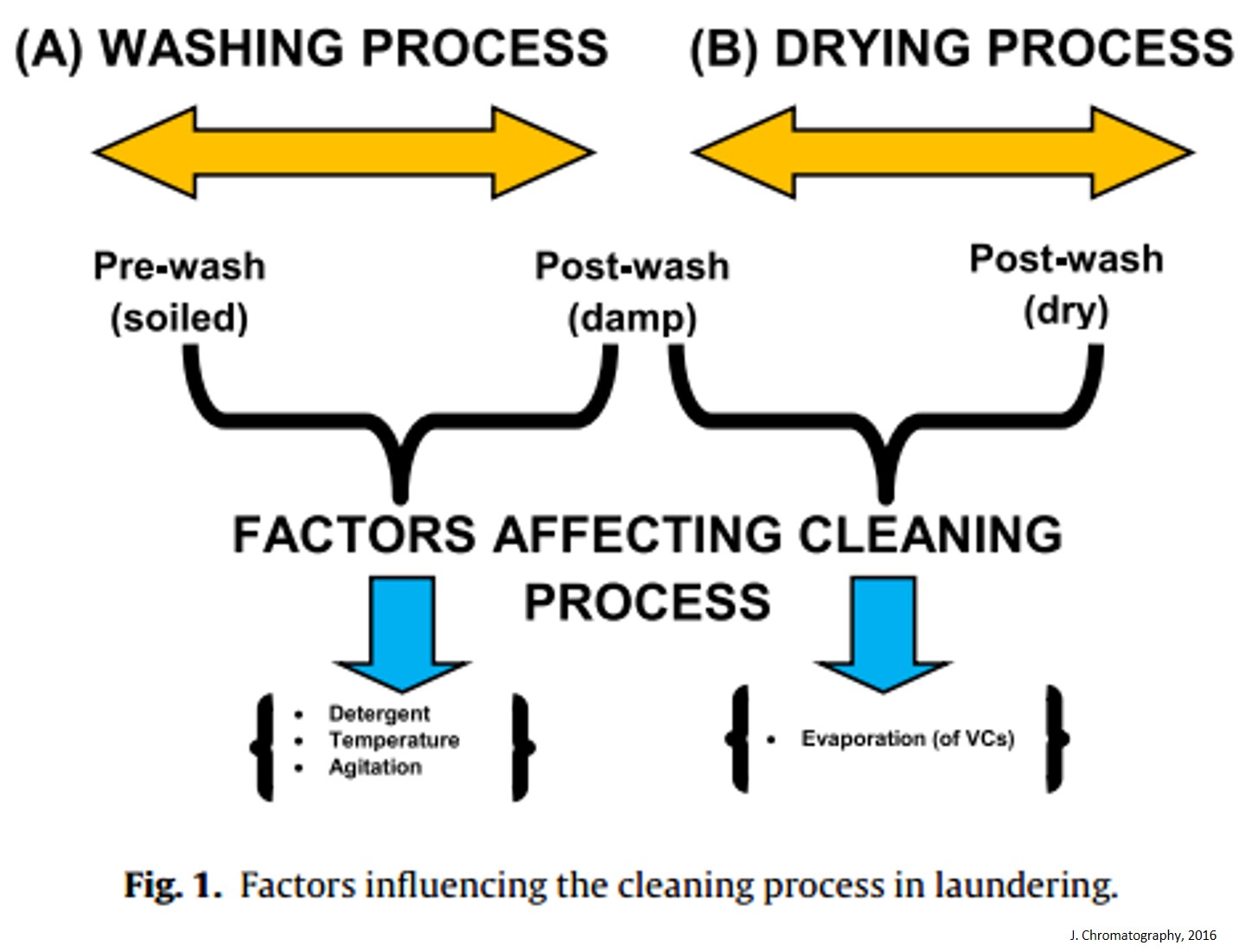 Dirty laundry smells bad because of certain chemicals called volatile organic compounds, which can't always be washed out on an eco-friendly 20C cycle, according to a new study in the Journal of Chromatography A.

The way we smell can have an impact on our psychological wellbeing: smelling bad can lead to social rejection and lower self-esteem. This makes the way we wash our clothes important too, so it's necessary to find a way to make clothes smell good without having a detrimental impact on the environment.

Consumers' awareness of the ecological impacts of washing - the temperature of the wash and the detergent they use - is increasing, so it is important to understand why dirty clothes smell, in order to find the best way to clean them. The researchers behind the new study, from Northumbria University, say the chemicals they identified could be used to test the effectiveness of washing at different temperatures.

In the new study, researchers identified six volatile organic compounds (VOCs) on dirty t-shirts and socks, some of which survive washing in a machine at 20C.

Sweat from the underarm is odorless until it comes into contact with bacteria on the skin - Corynebacterium and some Staphylococcus species - which produce the VOCs that cause clothes to smell. The team wanted to identify the VOCs from dirty clothes before washing, after washing while still wet and after drying, to see which compounds are responsible for bad smells and whether they're eliminated during the washing process.

The researchers gave 6 men and two women a new pair of socks. They asked the volunteers to wash their feet with tap water and dry them before wearing the socks for at least 10 hours, in a specified type of shoe. They then put each sock into a separate sample bag and stored them in the dark overnight. Nine men were each given a t-shirt to wear for two to three hours while taking part in a five-a-side soccer tournament. After the tournament, the t-shirts were bagged separately and refrigerated.

The researchers graded each sock and t-shirt on a scale of 0 (no malodor) to 10 (malodorous) by smelling them. They took samples from the toe, ball and heel of the socks and from under the arm of the t-shirts to analyze the VOCs that were causing the smells.

After sampling, the researchers washed the t-shirts and socks in a Tergotometer - a lab machine made up of several miniature washing machines - at 20C, using non-perfumed detergent. They tested samples for VOCs after washing while they were still wet, and after drying.

Both the socks and the t-shirts became significantly less smelly after washing, with the concentration of the VOCs reduced at each stage of the washing process.

New roles of autophagy in stem cell renewal and differentiation