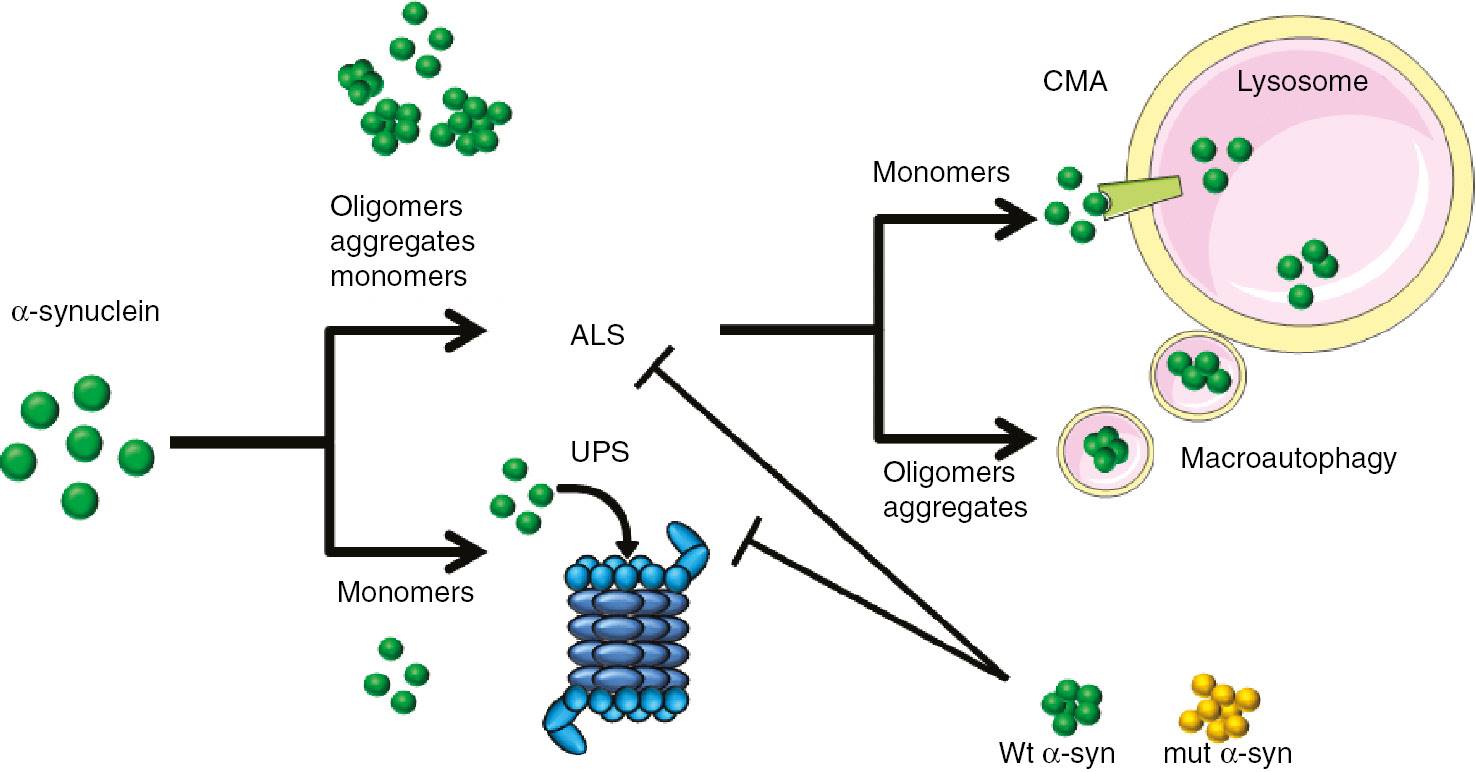 Aggregates of the protein alpha-synuclein in the nerve cells of the brain play a key role in Parkinson's and other neurodegenerative diseases. These protein clumps can travel from nerve cell to nerve cell, causing the disease to progress. A team of researchers have now discovered how the body can rid itself of these damaging aggregates. Their findings might open up new approaches in the treatment of neurodegenerative diseases.

Relevant for these diseases are long but yet microscopic fibres, or fibrils, to which large numbers of the alpha-synuclein molecules can aggregate. Individual, non-aggregated alpha-synuclein molecules, however, are key to the functioning of a healthy brain, as this protein plays a key role in the release of the neurotransmitter dopamine in nerve cell synapses. When the protein aggregates into fibrils in a person's nerve cells - before which it must first change its three-dimensional shape - it can no longer carry out its normal function. The fibrils are also toxic to the nerve cells. In turn, dopamine-producing cells die, leaving the brain undersupplied with dopamine, which leads to typical Parkinson's clinical symptoms such as muscle tremors.

Using cell culture experiments, the researchers were able to show that it is the alpha-synuclein fibrils that can enter healthy cells and accumulate within these. The authors found that stable αSyn fibrils substantially accumulate in different cell lines upon internalization, whereas αSyn monomers, oligomers, and dissociable fibrils do not. "Once the fibrils enter a new cell, they 'recruit' other alpha-synuclein molecules there, which then change their shape and aggregate together. This is how the fibrils are thought to infect cells one by one and, over time, take over entire regions of the brain," explains the senior author who published the study in the journal Science Translational Medicine.

The authors show that the uptake-mediated accumulation of αSyn in a human-derived neuroblastoma cell line triggered an adaptive response that involved proteins linked to ubiquitin ligases of the S-phase kinase-associated protein 1 (SKP1), cullin-1 (Cul1), and F-box domain–containing protein (SCF) family. We found that SKP1, Cul1, and the F-box/LRR repeat protein 5 (FBXL5) colocalized and physically interacted with internalized αSyn in cultured cells. Moreover, the SCF containing the F-box protein FBXL5 (SCFFBXL5) catalyzed αSyn ubiquitination in reconstitution experiments in vitro using recombinant proteins and in cultured cells. In the human brain, SKP1 and Cul1 were recruited into Lewy bodies from brainstem and neocortex of patients with PD and related neurological disorders. In both transgenic and nontransgenic mice, intracerebral administration of exogenous αSyn fibrils triggered a Lewy body–like pathology, which was amplified by SKP1 or FBXL5 loss of function.

"The more active the SCF complex, the more the alpha-synuclein fibrils are cleared, which could slow down or eventually stop the progression of such neurodegenerative diseases," the author says and goes on to explain that the SCF complex is very short-lived, dissipating within minutes. Therapeutic approaches would focus on stabilising the complex and increasing its ability to interact with alpha-synuclein fibrils. For example, drugs could be developed for this purpose.

Another approach to help Parkinson's patients would be to transplant nerve stem cells into their brains, as the author says. Previous attempts haven't been very successful, because the alpha-synuclein fibrils in the brain infected the healthy cells. "If we can manage to modify the stem cells in such a way that they either don't let fibrils in or that they immediately break down any fibrils they do let in, this could progress stem cell therapy," the author concludes. Finally, gene therapy could be used to stabilise the SCF complex in nerve cells and thus increase its activity. "However, when it comes to potential therapies, we're still right at the beginning," the author says, "whether effective therapies can be developed is still unclear."