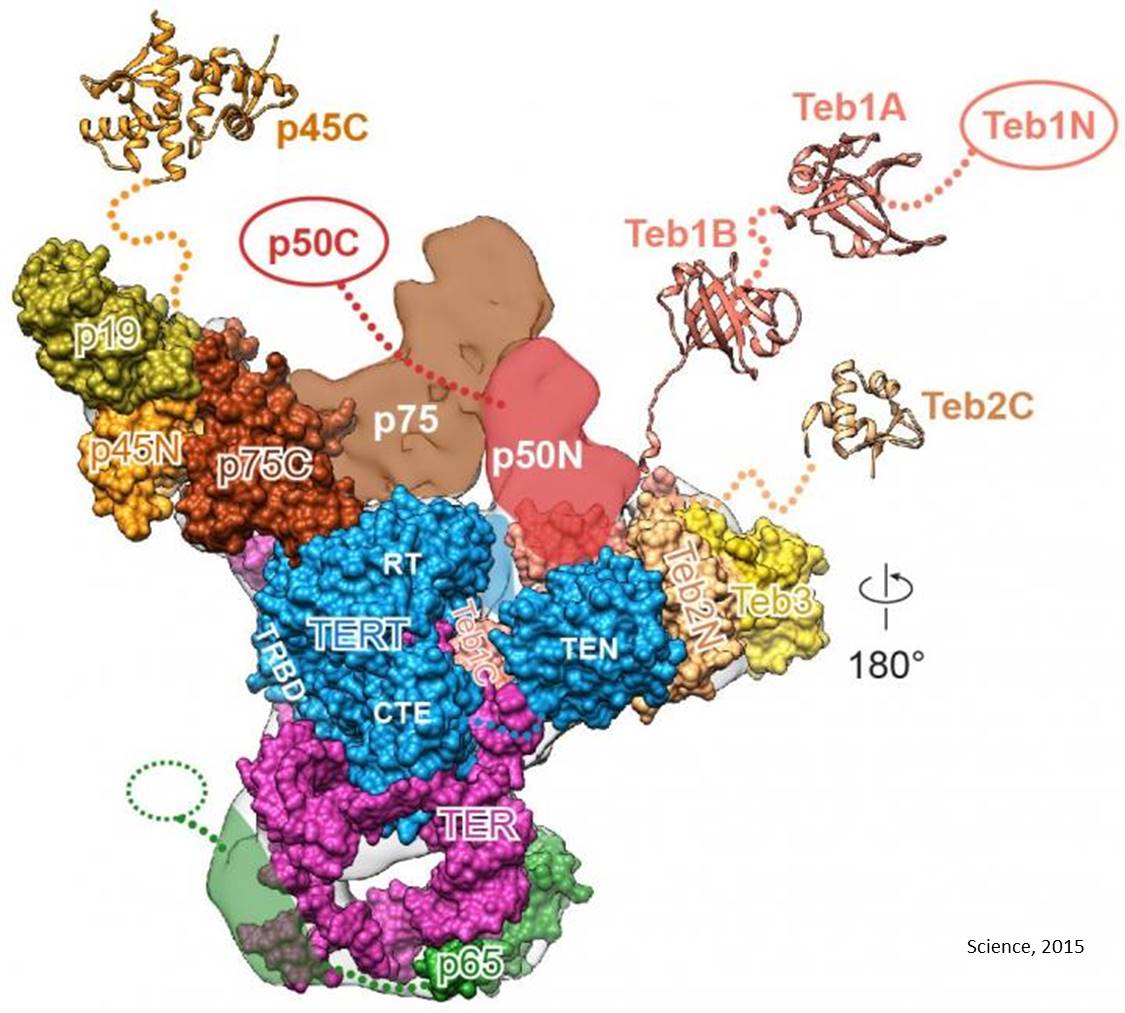 Telomerase's primary job is to maintain the DNA in telomeres, the structures at the ends of our chromosomes that act like the plastic tips at the ends of shoelaces. When telomerase isn't active, each time our cells divide, the telomeres get shorter. When that happens, the telomeres eventually become so short that the cells stop dividing or die.

On the other hand, cells with abnormally active telomerase can constantly rebuild their protective chromosomal caps and become immortal. Making cells immortal might sound like a promising prospect, but it actually is harmful because DNA errors accumulate over time, which damages cells.

Telomerase is particularly active in cancer cells, which helps make them immortal and enables cancer to grow and spread. Scientists believe that controlling the length of telomeres in cancer cells could be a way to prevent them from multiplying.

Now scientists have produced images of telomerase in much higher resolution than ever before, giving them major new insights about the enzyme. Their findings, published by the journal Science, could ultimately lead to new directions for treating cancer and preventing premature aging.

This is the first time that a whole telomerase directly isolated from its natural workplace has been visualized at a sub-nanometer resolution and all components are identified in the structure.

The new study found that within the enzyme's "catalytic core," which is formed by the RNA and its partner proteins TERT and p65, the RNA forms a ring around the donut-shaped TERT protein.

Scientists previously knew that telomerase contains three proteins, p75, p45 and p19, but their structures and functions were poorly understood. The new research identified the proteins' structures and revealed that they are similar to proteins found at human telomeres.

The researchers showed that a key protein called p50 interacts with several components of telomerase, including TERT, Teb1 and p75, and this network of interactions has important implications for telomerase's function.