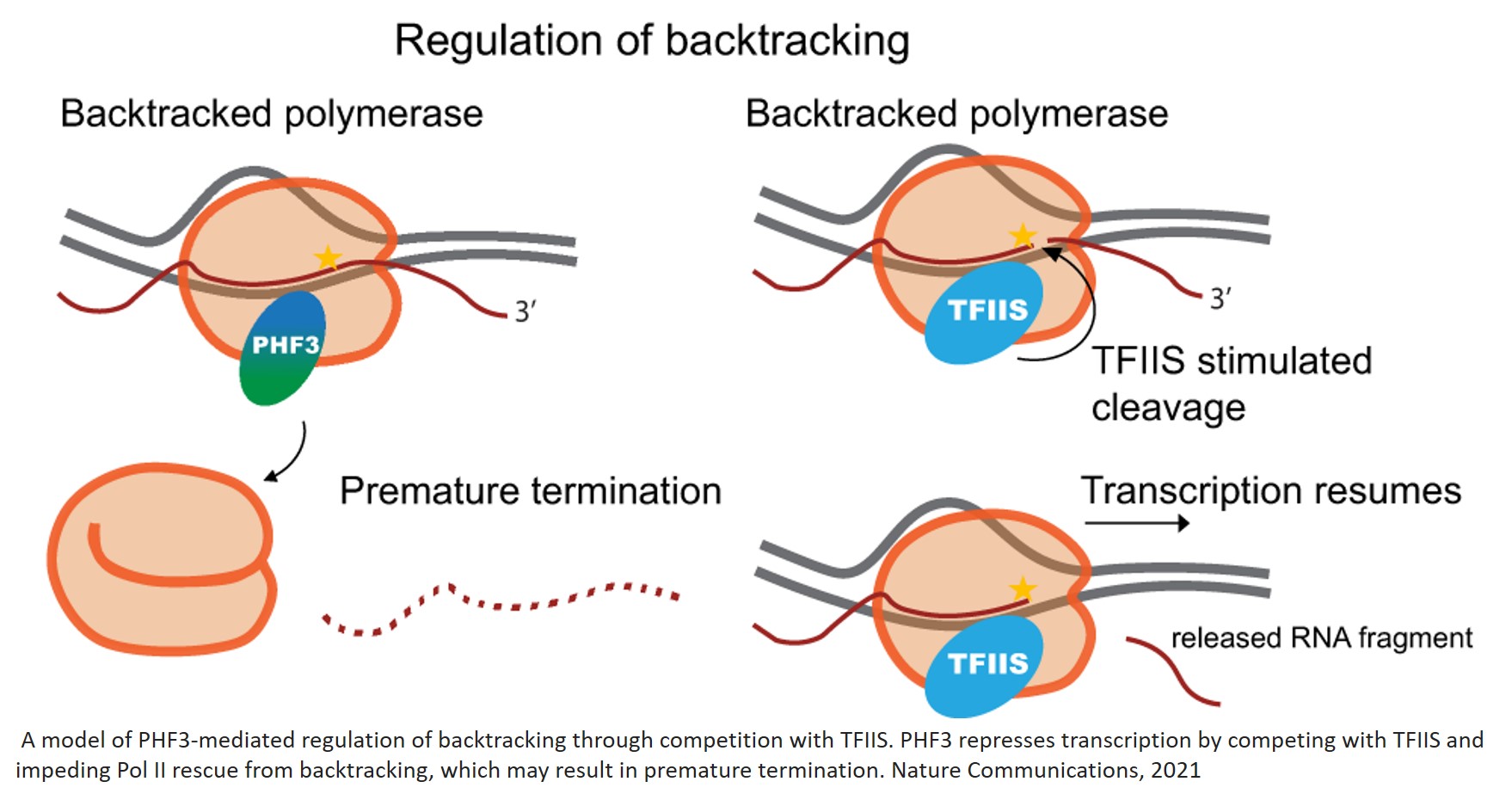 In accordance with the blueprint contained in our DNA, human cells produce proteins that perform specific functions. An essential step in this process is the reading of the DNA and the transcription of the information into mRNA.

A multi-center study has now shown for the first time that a specific protein, PHF3, plays an important role in transcription: its binding to the enzyme RNA polymerase II (POL II) modulates the reading process. PHF3 binds to POL II via a specific site on its surface called the SPOC domain. If SPOC is defective or absent, PHF3 cannot bind, and neuronal production defects occur. This could be one of the causes of autism and glioblastoma. The study has now been published in the journal Nature Communications.

The paper focusses on the protein PHF3. It was known that autistic people often exhibit mutations in PHF3 and that only very low levels of PHF3 are found in glioblastomas (the most common type of malignant brain tumor).

The study leader explains: "In the paper, we were not only the first research team in the world to demonstrate that PHF3 is a transcription factor and that it binds to POL II via the SPOC domain but we were also able to show that the protein significantly influences neuronal differentiation, through the SPOC domain. If the protein was missing, neurons could not be formed, suggesting a correlation between the absence of PHF3 or SPOC and the development of autism and glioblastoma."

The study was performed on cell lines and was carried out from different angles. The author explains: "We studied the biochemical interaction of PHF3 or SPOC with POL II as well as its interaction at the cellular level, that is to say how the protein affects cellular function. Last but not least, we also looked at the level of differentiation, that is, how the cellular network is affected. This gives us a very detailed insight into the role that PHF3 plays in neuronal cell development."

In order to obtain results that are applicable humans, in a next step the team would like to test their findings in an animal model. A new role for RNA in safeguarding human chromosome number Assessing the Mitochondrial Membrane Potential in Cells and In Vivo