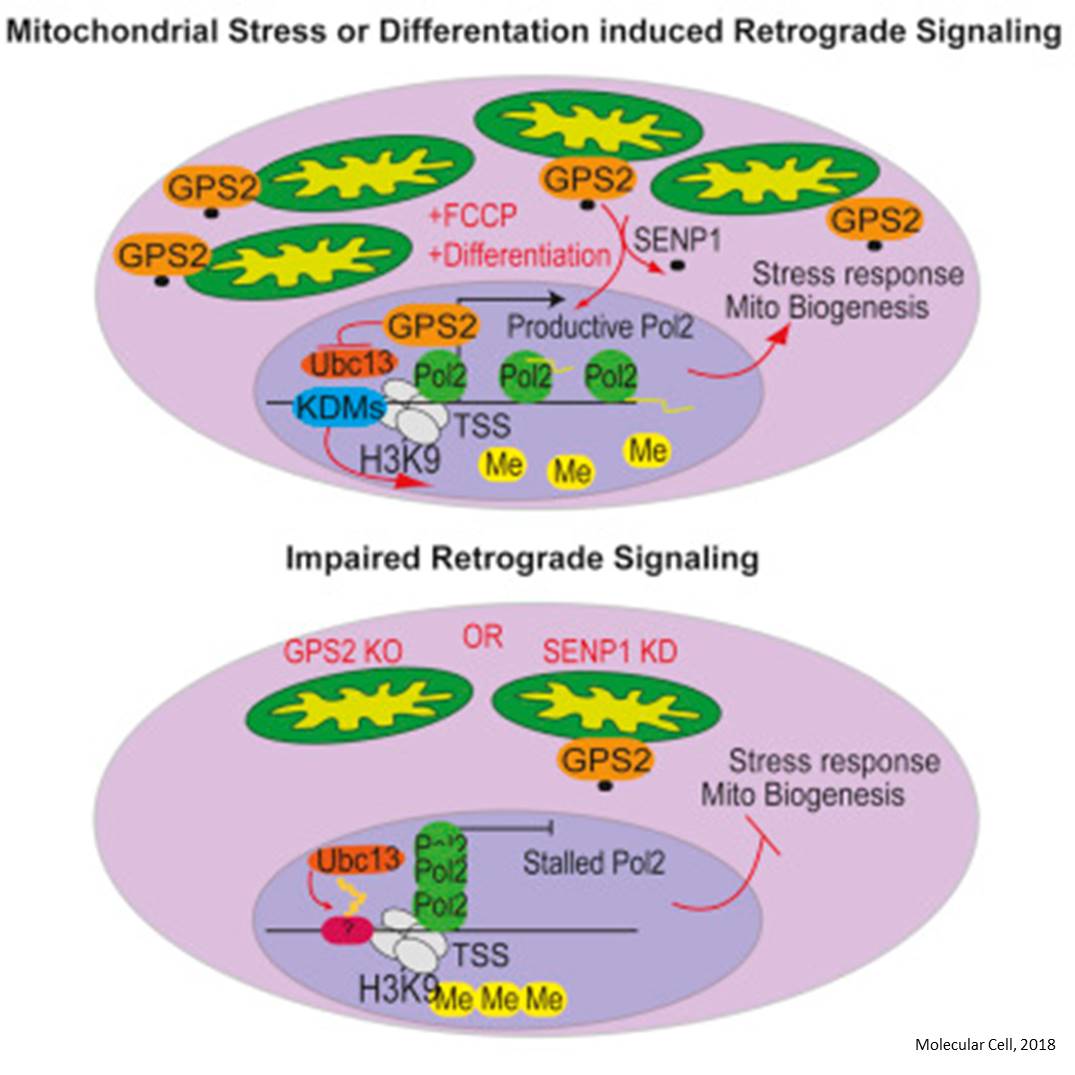 Researchers have identified a protein, G-Protein Pathway Suppressor 2 (GPS2), that moves from a cell's mitochondria to its nucleus in response to stress and during the differentiation of fat cells. While proteins with similar functions had previously been found in yeast and worms, this is first direct messenger discovered in the cells of mammals.

Mitochondria regulate cell survival and metabolism. They are often called the powerhouse of the cell because they take in oxygen and nutrients, break them down and create energy rich molecules for the cell. This is essential for cells and tissues to function properly and defects in mitochondrial functions and number are linked to aging and chronic diseases such as cancer, obesity, type II diabetes and neurological disorders.

Mitochondria are special organelles that contain their own DNA. However, the information they store is not sufficient to sustain their own activity or biogenesis. Instead most of the genetic information for mitochondrial proteins is stored in the nuclear DNA. Thus, when the mitochondria are under stress they need to communicate with the nucleus so that it can respond appropriately to help restore their activity or increase in number.

The researchers conducted their study in cell cultures and experimental models that had been genetically modified to lose the expression of GPS2. "Using a combination of imaging techniques, biochemical approaches and next-generation sequencing experiments, we were able to show that the total number of mitochondria in the cells and the fat tissue without GPS2 was considerably lower than in the normal ones. We also showed that in absence of GPS2, cells were not able to recover when exposed to mitochondrial stress" explained corresponding author.

GPS2-regulated translocation from mitochondria to nucleus is essential for the transcriptional activation of a nuclear stress response to mitochondrial depolarization and for supporting basal mitochondrial biogenesis in differentiating adipocytes and brown adipose tissue (BAT) from mice. In the nucleus, GPS2 recruitment to target gene promoters regulates histone H3K9 demethylation and RNA POL2 activation through inhibition of Ubc13-mediated ubiquitination.