Researchers explore how a cell's protein-making factories are assembled 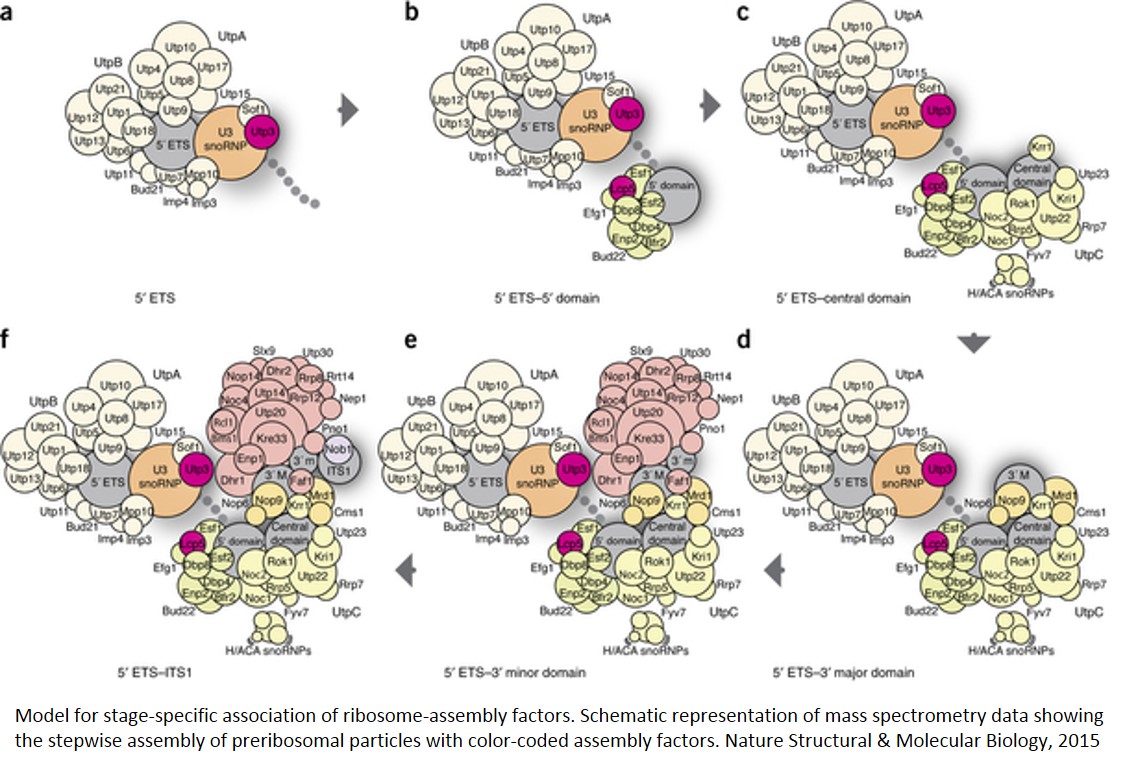 Ribosomes, the molecular factories that produce all the proteins a cell needs to grow and function, are themselves made up of many different proteins and four RNAs. These tiny factories must be constructed before they can put proteins together.

Ribosome assembly is an elaborate and carefully coordinated process that happens continuously inside cells, but its intricate dynamics are not yet fully understood. In research published in Nature Structural and Molecular Biology, scientists at The Rockefeller University detail a new technique they used to map out the proteins involved in the early stages of this process.

The other primary component of ribosomes, ribosomal RNA, is an evolutionarily ancient molecule found in all known forms of life. Its complex, three-dimensional structure serves as a scaffold for protein synthesis.

Ribosomes are composed of two subunits, one small and one large; this study focused on the assembly of the small subunit, which happens first. The study’s first author, engineered yeast cells to generate ribosomal RNA molecules of varying lengths, which represented different steps in the assembly process. Each of these RNAs contained an extra element that acted as biochemical bait, and using this bait the researchers were able to isolate proteins that specifically bind to the RNA.

“We chose six transcriptional stages and using the bait system we isolated all the proteins and RNA complexes associated with those transcriptional stages,” says the author. With this method, the researchers were able to compile a list of pre-ribosomal components and note at which stages each is present within the precursor to the small ribosomal subunit.