A copper-binding protein is required for cancer metastasis 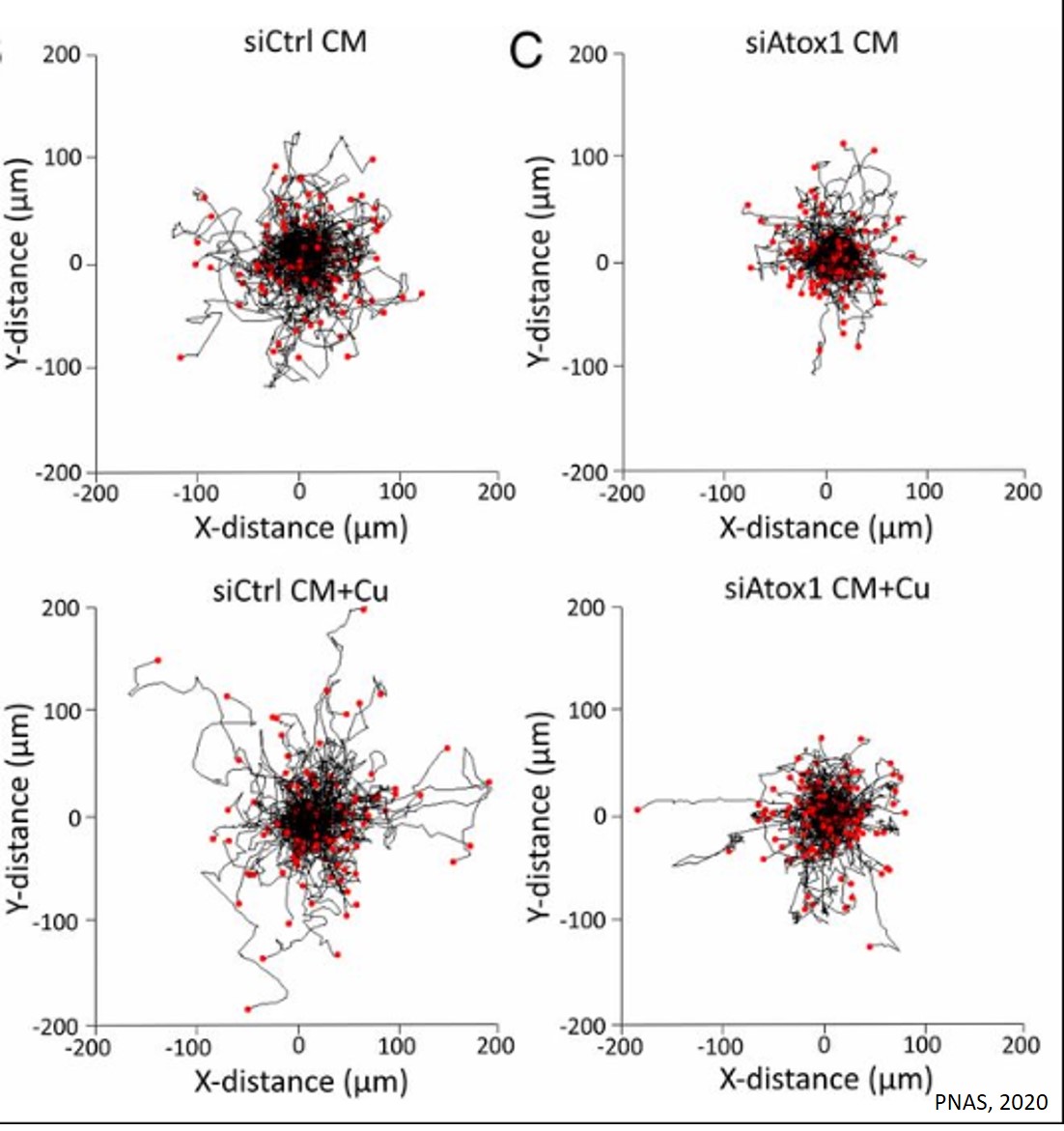 Researchers have shown that the Atox1 protein, found in breast cancer cells, participates in the process by which cancer cells metastasise. The protein could therefore be a potential biomarker for assessing the aggressiveness of the disease, as well as a possible target for new drugs. The research was recently published in the journal PNAS.

Breast cancer is the most common form of cancer in women worldwide. Early diagnosis and treatment are crucial to the survival rate. Most deaths related to breast cancer are due to cancer cells leaving the primary tumor and metastasising in other parts of the body, such as the skeleton, liver or lungs. But the molecular mechanisms behind how cancer cells migrate to other parts of the body are not yet understood.

Previous studies have shown that, like other cancers, breast cancer coincides with higher levels of copper in the blood and in tumor cells, but the use of this extra copper in cancer cells is not known. Copper and other metal ions in our body are absorbed through food and are vital for many biological functions, in small, controlled quantities. Free copper ions are toxic and thus all copper in our body is bound to proteins.

Atox1 is a protein that transports copper to other proteins in our cells which require it for enzymatic functions. The researchers recently found that Atox1 placed itself at the leading edge of moving cancer cells, indicating that the protein may be involved in cell movement. This observation was the starting point for the now published study.

Using advanced live-cell video microscopy, the researchers were able to track the pattern of movement of hundreds of individual cancer cells, with and without the presence of Atox1.

"We were able to demonstrate that the cells moved at higher speeds and over longer distances when Atox1 was present, compared to those same kinds of cells moving without the protein," says the first author of the study.

Further experiments revealed that Atox1 drives cell movement by stimulating a reaction chain consisting of another copper transport protein - ATP7A, and the enzyme lysyl oxidase (LOX). Atox1 delivers copper to ATP7A which in turn delivers the metal to LOX. LOX needs copper in order to function, and it is already known that LOX is involved in extracellular processes facilitating breast cancer cell movement.

"When Atox1 in the cancer cells was reduced, we found LOX activity to be decreased. Thus, it appears that without Atox1, LOX doesn't receive the copper required for its cell migration activity," says the author.

In parallel, the researchers analysed a database of reported Atox1 transcript levels in 1904 different breast cancer patients, along with survival times. They found that patients with tumors with high Atox1 levels have drastically lower survival times. They conclude therefore that the mechanism they identified in their cell culture experiments seems to play a role in the development of the disease in patient.

This indicates that Atox1 could be a biomarker for assessing how aggressive a breast cancer is. Such information could be used, for example, to determine if treatment to remove copper from the body could be appropriate. Atox1 could also become a target for drugs to block metastasis and thereby increase survival times.

"What we have found could be important for all types of cancer. How cancer cells move is a fundamental process that we still don't understand well enough," says the senior author .

The researchers will now transfer the experiments from cells to small animal models and investigate whether there are other copper-binding proteins involved.