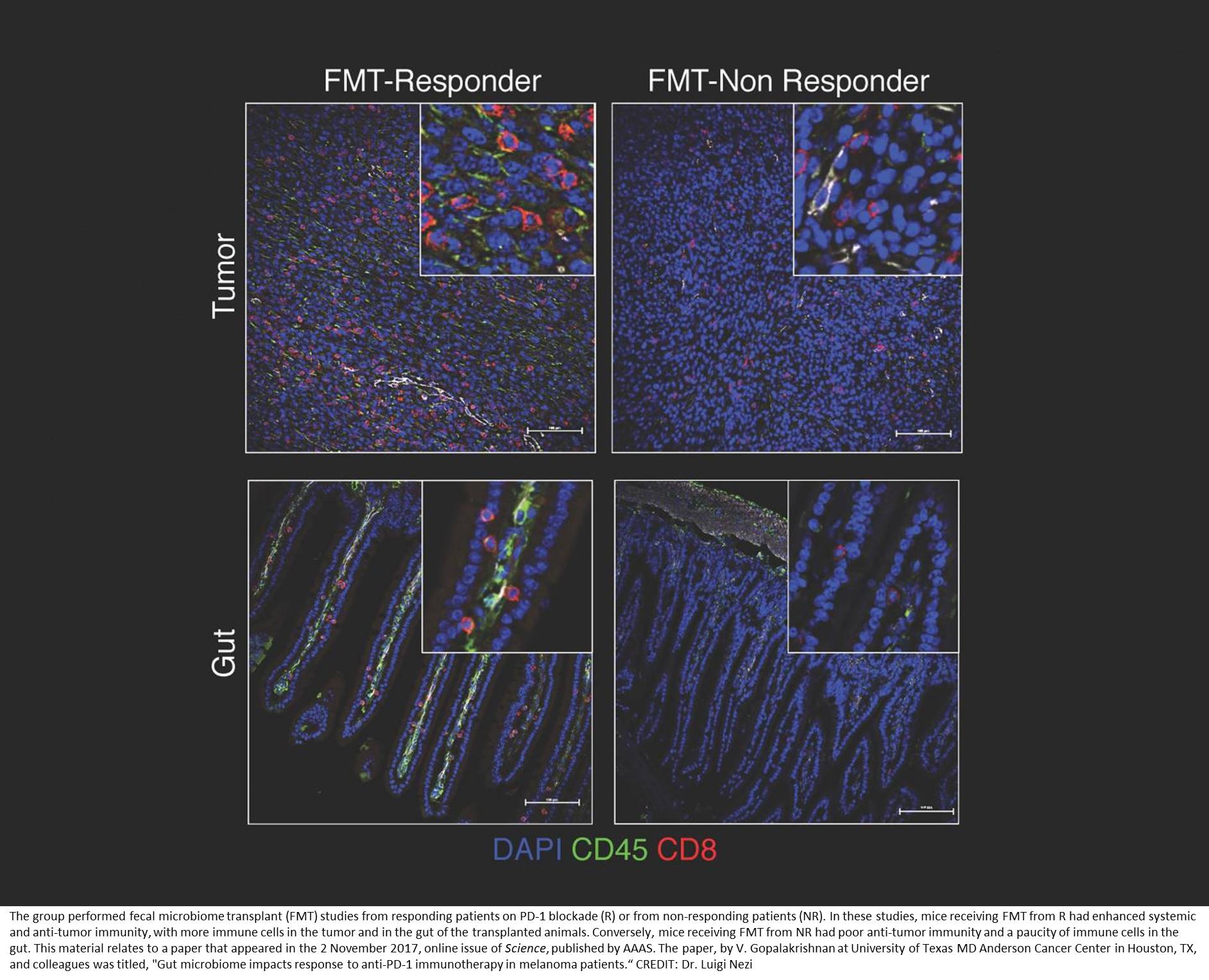 Bacteria that live in the human digestive tract can influence how cancer responds to immunotherapy, opening a new avenue for research to improve treatment, a team of researchers report in the journal Science

Patients with metastatic melanoma treated with anti-PD1 checkpoint blockade have their disease controlled longer if they have a more diverse population of bacteria in the gut or an abundance of certain types of bacteria, according to the team's analysis of fecal samples to assess patients' gut microbiomes.

"You can change your microbiome, it's really not that difficult, so we think these findings open up huge new opportunities," said study leader. "Our studies in patients and subsequent mouse research really drive home that our gut microbiomes modulate both systemic and anti-tumor immunity."

Research has shown that a person's microbiome is a modifiable risk factor that can be targeted by diet, exercise, antibiotic or probiotic use or transplantation of fecal material, said lead co-first author.
Immune checkpoint blockade drugs that free the body's own immune system to attack cancer cells help around 25 percent of metastatic melanoma patients, and those responses are not always durable. Research focuses on extending the impact of these drugs.

To assess the impact of the microbiome, researchers analyzed buccal swabs - tissue samples from inside the cheek -- and fecal samples of patients treated with anti-PD1 therapy that blocks the PD1 protein on T cells, which acts as a brake on the immune system. They conducted 16S rRNA and whole genome sequencing to determine diversity, composition and functional potential of the buccal and fecal microbiomes.

While the team found no substantial differences in response or progression based on buccal samples, analysis of fecal samples of 30 patients who responded to treatment and 13 who did not told a different story.

A favorable microbiome also was associated with increased antigen processing and presentation by the immune system at the tumor site.

Researchers note that there is still much to learn about the relationship between the microbiome and cancer treatment, so they urge people not to attempt self-medication with probiotics or other methods. Why amyloid-beta peptide aggregates at the cell membrane?