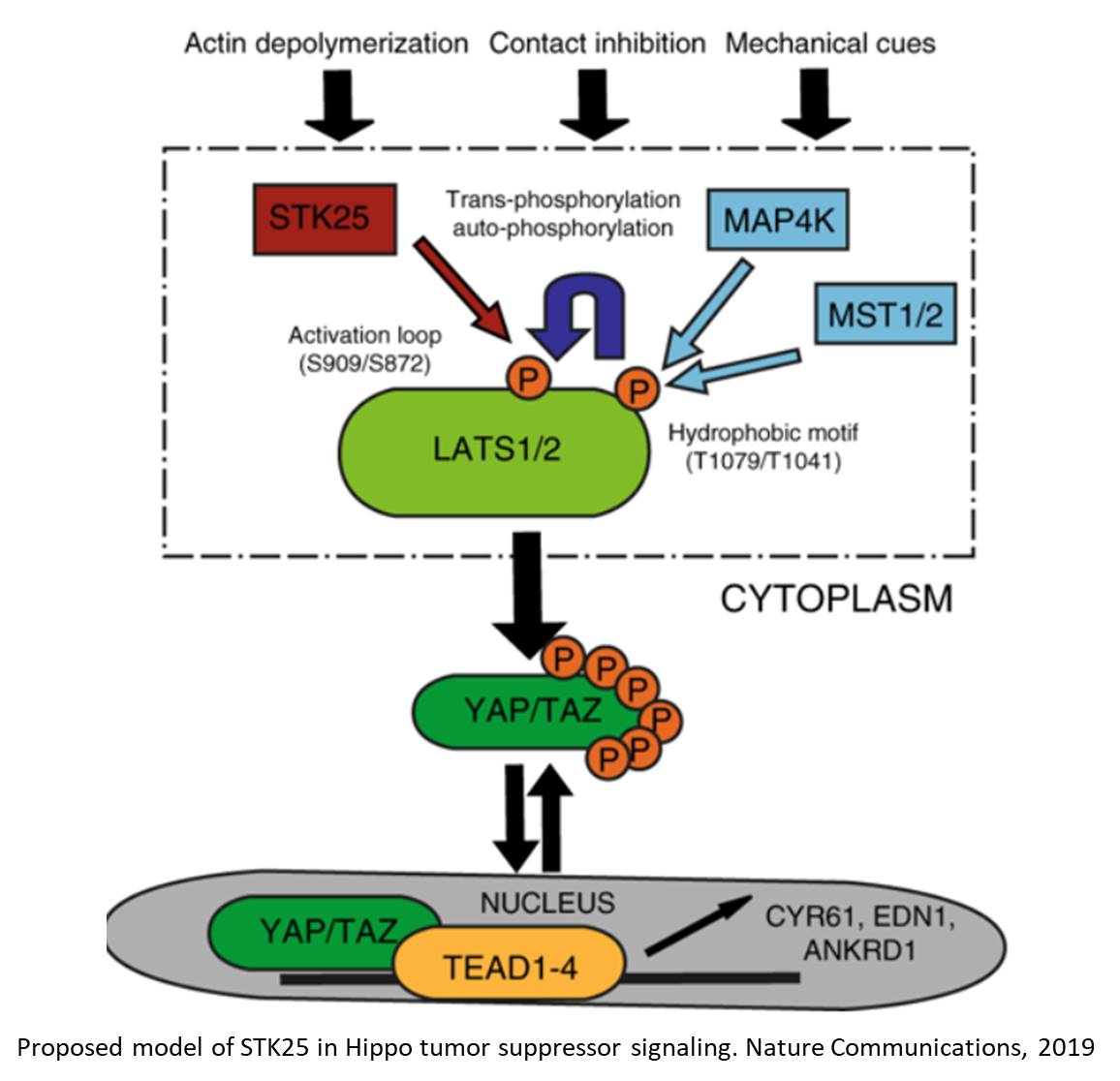 The Hippo pathway is an important biological tumor suppressor program that controls cell growth and organ size in humans. Cancer cells have been found to frequently deactivate Hippo signaling in order to achieve increased cell growth and become more aggressive. However, how the Hippo pathway becomes deregulated in human cancers is still poorly understood.

Researchers now have found a new regulator of Hippo signaling that offers novel insights into how this critical signaling pathway becomes turned off in cancer cells.

"We have discovered that the enzyme STK25, a serine/threonine kinase, is a regulator of the Hippo tumor suppressor pathway," said corresponding author.

The researchers used a combination of experiments in both cell lines and experimental models to study how STK25 regulates Hippo signaling. They found Hippo signaling was significantly impaired when they removed STK25 in cell lines. The authors demonstrate that loss of STK25 promotes YAP/TAZ activation and enhanced cellular proliferation, even under normally growth-suppressive conditions both in vitro and in vivo.

They also found this to be the case in models in which STK25 was genetically deleted. By studying cancer genetics databases, they discovered STK25 is frequently deleted in a wide range of human cancers, suggesting that its loss can promote cancer formation.

According to the researchers, STK25 regulates Hippo signaling in a manner that is completely different from the other identified components of the Hippo pathway to date and represents a completely novel way by which a major tumor suppressor pathway may become activated. Notably, STK25 activates LATS by promoting LATS activation loop phosphorylation independent of a preceding phosphorylation event at the hydrophobic motif, which represents a form of Hippo activation distinct from other kinase activators of LATS.

"Understanding how the Hippo pathway becomes deregulated in human cancers has been challenging, which has made it difficult to target this signaling pathway for therapeutic benefit. We hope our study ultimately leads to a better understanding of Hippo signaling deregulation in human cancers, and thus help promote the development of anticancer therapeutic options that did not previously exist."
These findings appear in the journal Nature Communications. Neurons process information differently depending on their location