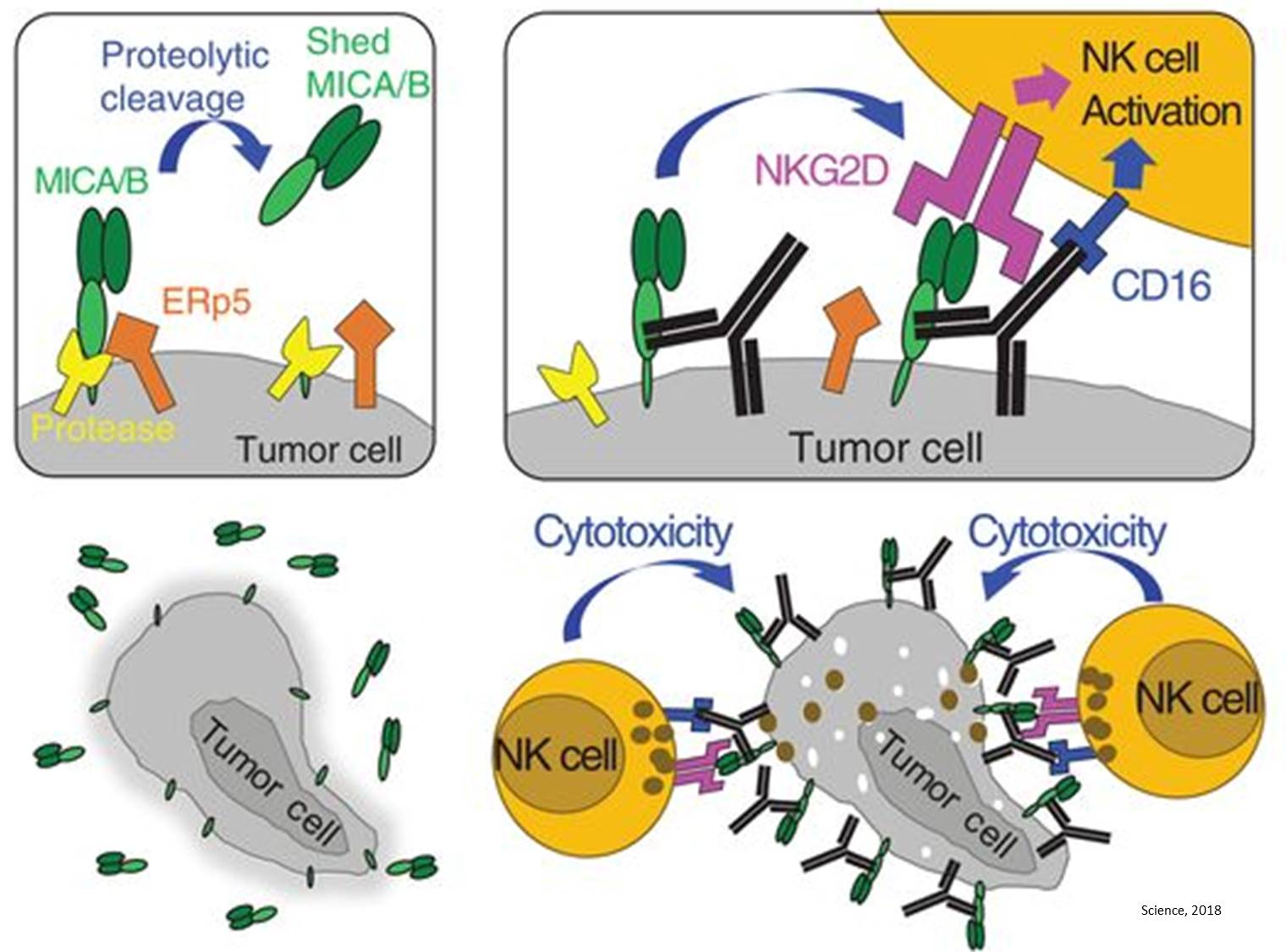 Scientists have discovered a way to stop tumors from shedding certain proteins that the immune system uses to identify and attack tumors. The new method reduces the spread of melanoma and lung cancer in mice, a new study shows.

Many human cancers exhibit the stress proteins MICA and MICB, which the immune system, particularly natural killer cells, use to identify cells that should be eliminated. In an act of defiance, cancer cells produce enzymes that cleave these anchored proteins, essentially shedding the proteins and evading detection.

Researchers suspected that it would be possible to stop tumors from shedding these proteins using antibodies that target the site where MICA and MICB proteins are cleaved. They studied the effect of such an antibody, mAb 7C6, in mouse models of melanoma and lung cancer, finding that the antibody not only increased the presence of MICA and MICB on cancer cells, but also increased the infiltration of natural killer cells within tumors.

In mice with metastatic melanoma that had spread to the lungs, treatment with mAb 7C6 helped reduce tumor load, the authors report. In a related Perspective, other researchers write, "The study introduces an exciting concept for a therapeutic monoclonal antibody with the potential to improve natural killer cell-based cancer immunotherapy."