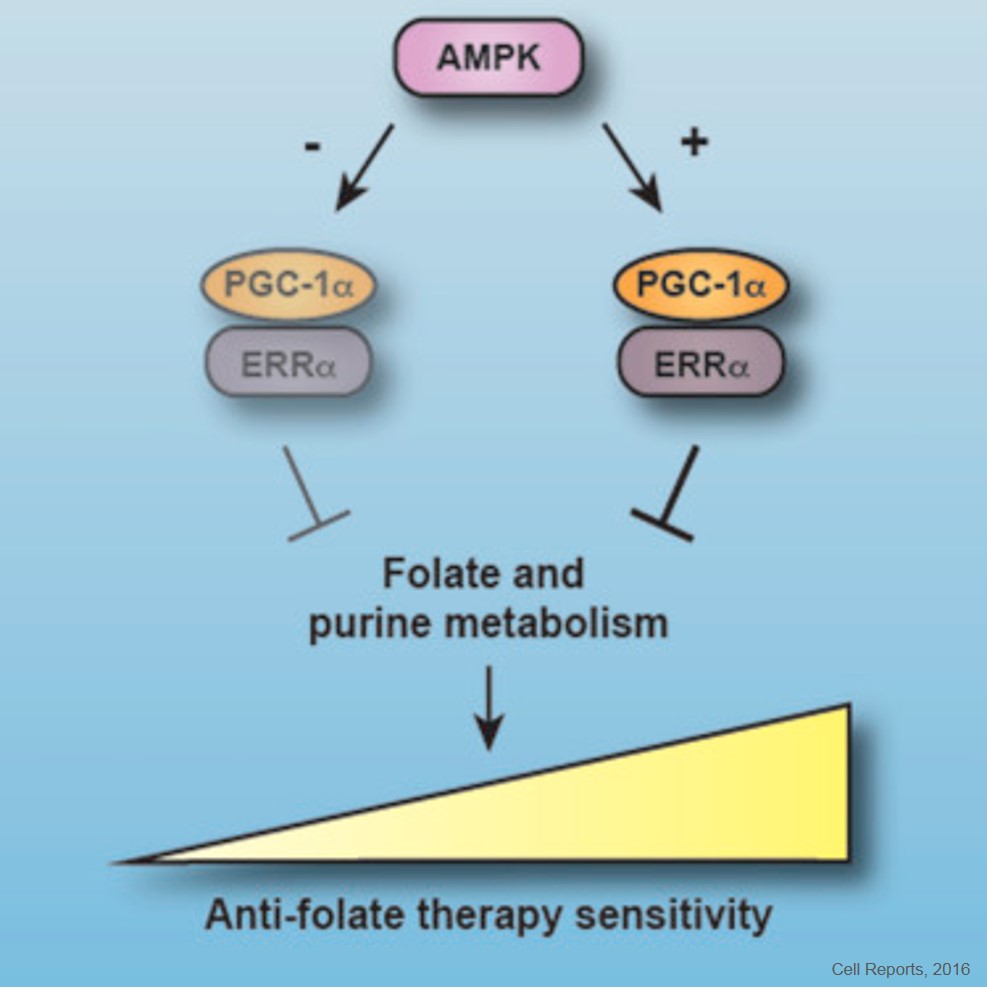 The orphan nuclear receptor known as estrogen-related receptor a (ERRa, NR3B1) and the peroxisome proliferator-activated receptor g co-activator 1a (PGC-1a) act together as a transcriptional regulatory node important for the expression of metabolic. Indeed, the PGC-1a/ERRa axis is now well established as a central regulator of energy metabolism that induces the global expression of genes involved in mitochondrial biogenesis and functions. Specifically, gene expression and genome-wide binding analyses demonstrated that PGC-1a and ERRa share a functional relationship in controlling the expression of vast metabolic gene networks in numerous tissues.

ERRa binds to the promoters of all genes encoding enzymes of glycolysis and many nuclear-encoded mitochondrial genes involved in energy. Moreover, PGC-1a and ERRa exploit auto-regulatory feedforward loops to promote the expression of metabolic genes and mitochondrial activity. The expression and activity of ERRa and PGC-1a are highly adaptable and can respond to various physiological and pathological cues.

In support of this point, PGC-1a is a key effector of the energy-sensing signaling cascade orchestrated by AMPactivated protein kinase (AMPK). AMPK occupies a central position in the reprogramming of cells to adapt to metabolic stress by promoting catabolism and inhibiting anabolism in order to restore the pool of cellular ATP.

Specifically, AMPK promotes catabolic reactions, such as lipid oxidation and cellular respiration, and inhibits anabolic processes, such as lipid and protein synthesis. AMPK activation induces the expression of PGC-1a, and the AMPK-mediated increase in mitochondrial respiration has been shown to be dependent on PGC-1a in muscle cells. In addition, AMPK phosphorylates PGC-1a, which potentiates its activity.

Functional studies have shown that PGC-1a promotes the growth of HER2+ tumors by regulating intra-tumoral nutrient availability. ERRa also promotes the growth of HER2+ breast tumors by promoting the expression of the HER2 amplicon, and the ERRa signaling axis is downstream of HER2. In addition, a recent study has shown that the PGC-1a/ERRa axis is a positive regulator of glutamine metabolism in HER2+ breast tumors and that elevated expression of glutamine enzymes is associated with poor clinical outcome in breast cancer patients.

Reprogramming of cellular metabolism plays a central role in fueling malignant transformation, and AMPK and the PGC-1α/ERRα axis are key regulators of this process.

The intersection of gene-expression and binding-event datasets for breast cancer cells shows that activation of AMPK significantly increases the expression of PGC-1α/ERRα and promotes the binding of ERRα to its cognate sites.

This PGC-1α/ERRα-mediated repression of one-carbon metabolism promotes the sensitivity of breast cancer cells and tumors to the anti-folate drug methotrexate.

These data implicate the PGC-1α/ERRα axis as a core regulatory node of folate cycle metabolism and further suggest that activators of AMPK could be used to modulate this pathway in cancer.