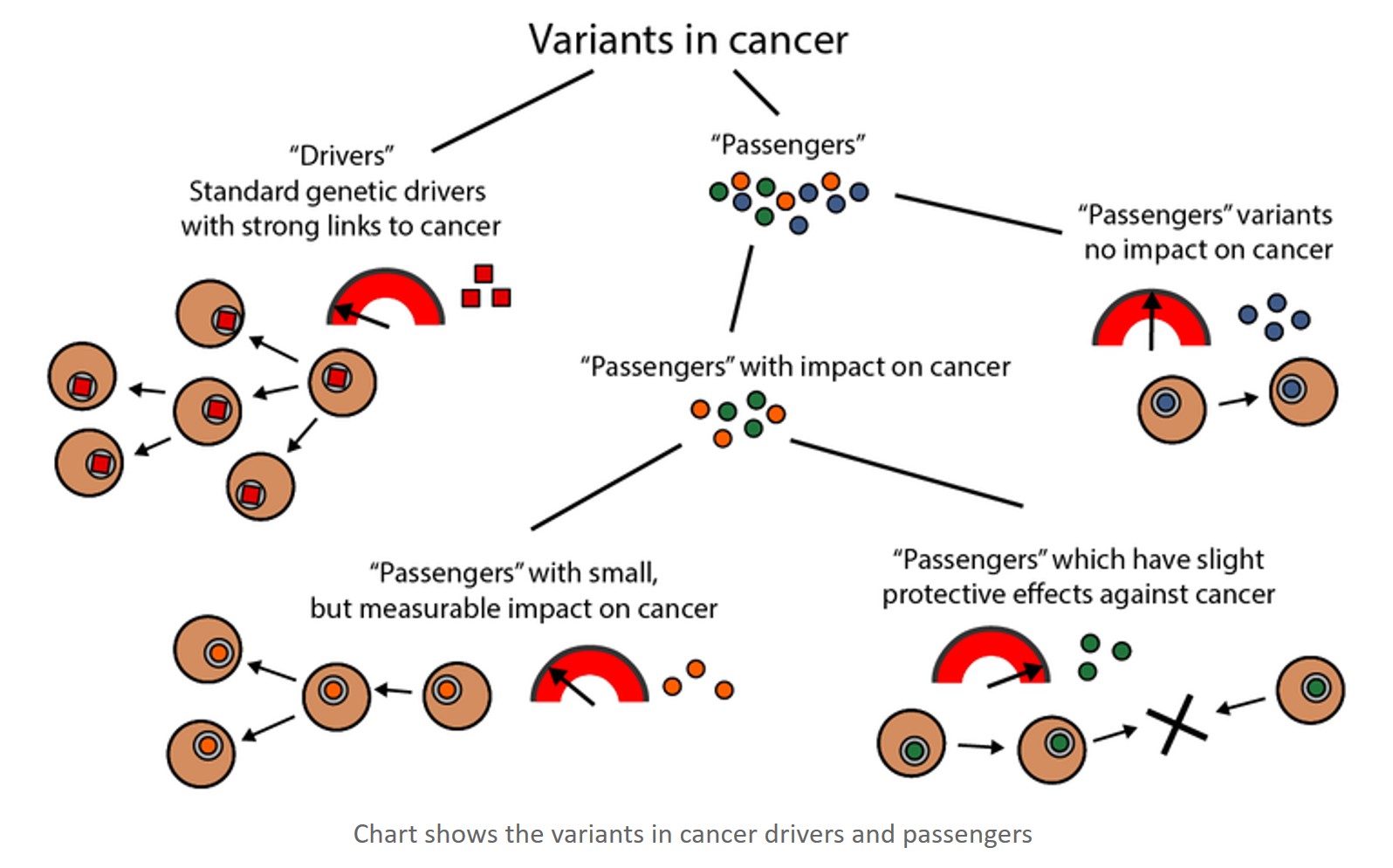 A massive analysis of the entire genomes of 2,658 people with 38 different types of cancer has identified mutations in 179 genes and gene regulators as "drivers" -- variations in DNA sequences that lead to the development of cancer.

While drivers accounted for a large percentage of the cancer cases analyzed, they did not explain all. Some scientists now believe that to capture a more panoramic view of cancer progression, they need to pay more attention not only to classical genetic drivers but also to "passengers" -- the thousands of non-driver mutations that constitute the overwhelming majority of mutations observed in a typical cancer genome. Historically, scientific consensus has held that these play no role in tumor growth.

Understanding the genetic roots of how cancer cells form from healthy cells, replicate, and migrate to different organs and how this process varies between tumor types and between individuals is crucial for devising new strategies to combat cancer, one of the leading causes of death worldwide.

The researchers decided to consider the role of "passengers" in cancer development. In the paper in Cell, they report on experiments intended to show whether passenger mutations could help explain the 10% of cancer cases in which researchers found few or no clear genetic drivers. They found that a subset of passengers has significant impact on genomic regions -- often as much impact as drivers -- and collectively can have an appreciable effect on tumor growth.

The team also conducted a focused, statistical analysis of eight different cancer types, detecting a cumulative effect of passengers on development of these cancers beyond that which could be explained by drivers alone. Overall, their analysis showed an additional 9% contribution of the passengers in predicting the whether a given sample was indeed cancerous.

The senior stressed that some of these passenger variants can actually help hinder cancer development, as opposed to triggering tumor growth. Understanding the full role of passengers could help scientists develop therapies precisely targeted to the individual mutations in a particular person's cancer genome, the authors say.