Food dyes may cause disease when the immune system is dysregulated 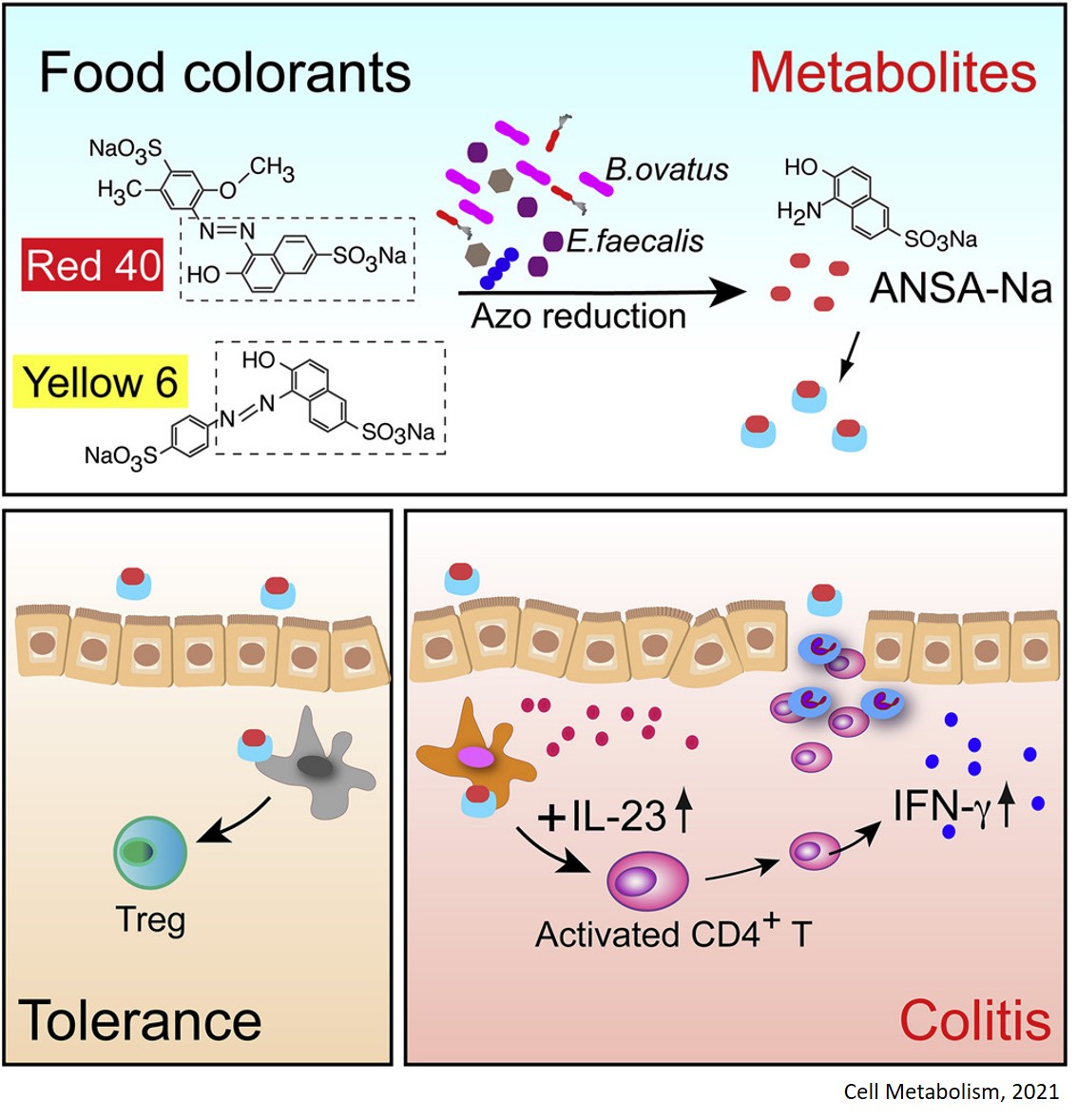 Artificial food colorants can cause disease when the immune system has become dysregulated, the researchers report. The study, published in Cell Metabolism in May, was the first to show this phenomenon.

The study, conducted in mice, found that the mice developed colitis when they consumed food with the artificial food colorants FD&C Red 40 and Yellow 6 when a specific component of their immune system, known as cytokine IL-23, was dysregulated. While it remains unclear whether food colorants have similar effects in humans, researchers plan to investigate exactly how cytokine IL-23 promotes the development of colitis after food colorant exposure.

Colitis is a form of inflammatory bowel disease (IBD), and cytokine IL-23 dysregulation is known to be a factor in the development of IBD in humans. Medicines that block its function are now successfully used in patients. Food colorants such as Red 40 and Yellow 6 are widely used in food, drink, and medicine. These two food colorants are the most commonly used in the world.

For the study, the researchers created mouse models that had a dysregulated expression of cytokine IL-23. To their surprise, the mice with the dysregulated immune response did not develop inflammatory bowel disease spontaneously even though dysregulated IL-23 is a factor in people with the disease.

When given a diet with the food dyes Red 40 or Yellow 6, the altered mice developed colitis. However, mice that had the dye-infused diet but had a normal immune system did not develop IBD. To prove that the food colorant was indeed responsible, the researchers fed the altered mice diets without the food colorant and water containing it; in both cases, the disease developed when the mice consumed the colorant, but not otherwise. They repeated this finding for several diets and several food colorants.

"The dramatic changes in the concentration of air and water pollutants and the increased use of processed foods and food additives in the human diet in the last century correlate with an increase in the incidence of inflammatory and autoimmune diseases," said the senior author. "These environmental changes are thought to contribute to development of these diseases, but relatively little is known about how they do so. We hope this research is a step toward understanding the impact of food colorants on human health."

Tool for the generation of membraneless organelle and its effect on… Brain communication rather than development may be responsible for…