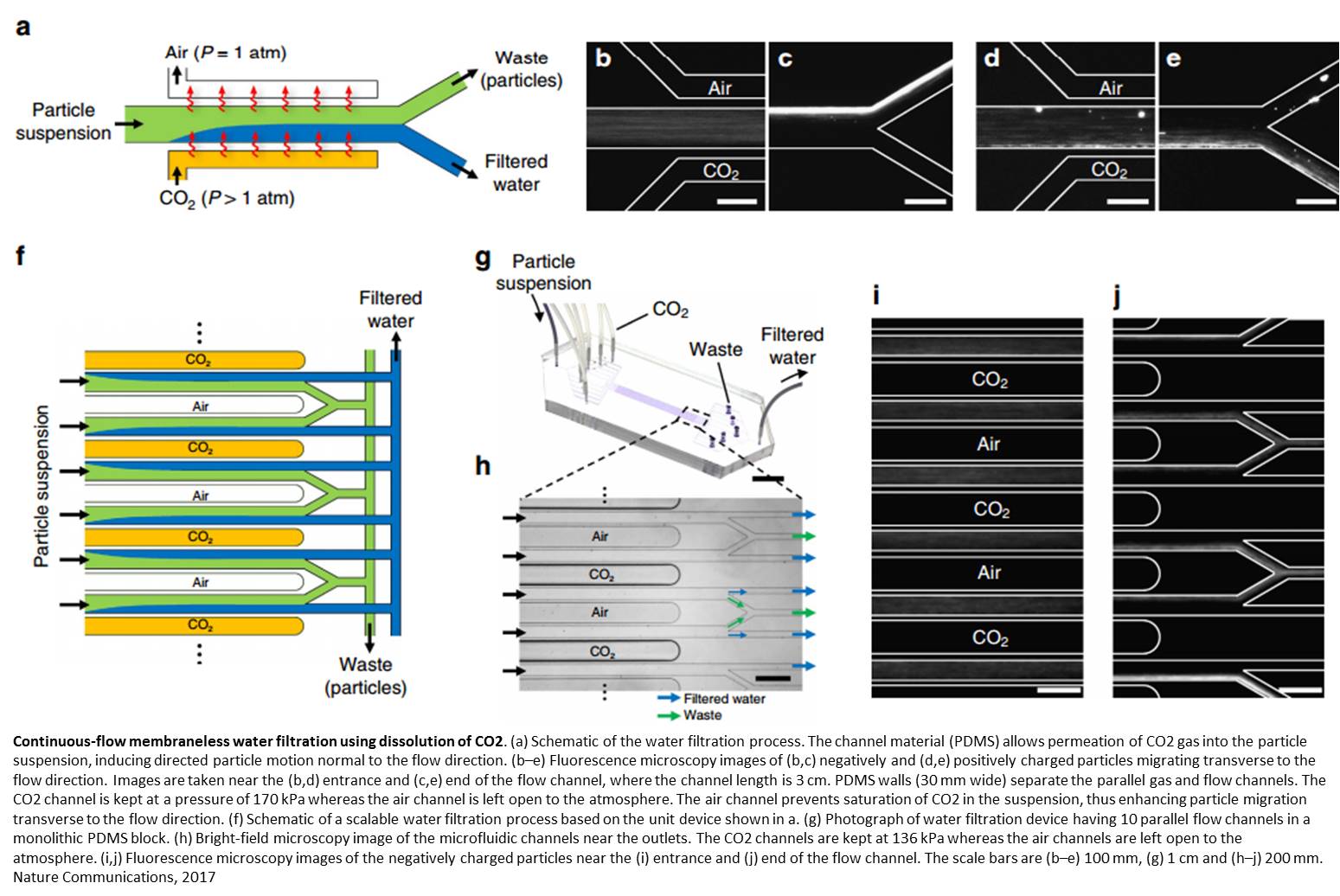 With global demand for clean water increasing, there is a continuing need to improve the performance of water treatment processes. A new process for water filtration using carbon dioxide consumes one thousand times less energy than conventional methods. The new method which uses CO2 could be applied in a variety of industries such as mining, food and beverage production, pharmaceutical manufacturing and water treatment.

The research, published in scientific journal Nature Communications, indicates that the new process could be easily scaled up, "suggesting the technique could be particularly beneficial in both the developing and developed worlds". The new method could also be used to remove bacteria and viruses without chlorination or ultraviolet treatment.

"We are at the early stages of developing this concept. Eventually, this new method could be used to clean water for human consumption or to treat effluent from industrial facilities," author stated.

Currently, water filtration technologies such as microfiltration or ultrafiltration use porous membranes to remove suspended particles and solutes. These processes trap and remove suspended particles, such as fine silt, by forcing the suspension through a porous material with gaps that are smaller than the particles. Energy must be wasted to overcome the friction of pushing the water through these small passages. These kinds of filtration processes have drawbacks such as high pumping costs and a need for periodic replacement of the membranes due to fouling. The new research demonstrates an alternative membraneless method for separating suspended particles that works by exposing the colloidal suspension to CO2.

Dissolution of CO2 into the suspension creates solute gradients that drive phoretic motion of particles. Due to the large diffusion potential generated by the dissociation of carbonic acid, colloidal particles move either away from or towards the gas–liquid interface depending on their surface charge.

"The demonstration device is made from a standard silicone polymer, a material that is commonly used in microfluidics research and similar to what is used in household sealants. While we have not yet analysed the capital and operating costs of a scaled-up process based on our device, the low pumping energy it requires, just 0.1% that of conventional filtration methods, suggests that the process deserves further research," said the author.

"What we need to do now is to study the effects of various compounds, such as salts and dissolved organic matter that are present in natural and industrial water to understand what impact they will have on the process. This could affect how we optimize the operating conditions, design the flow channel, and scale-up the process," author continued.