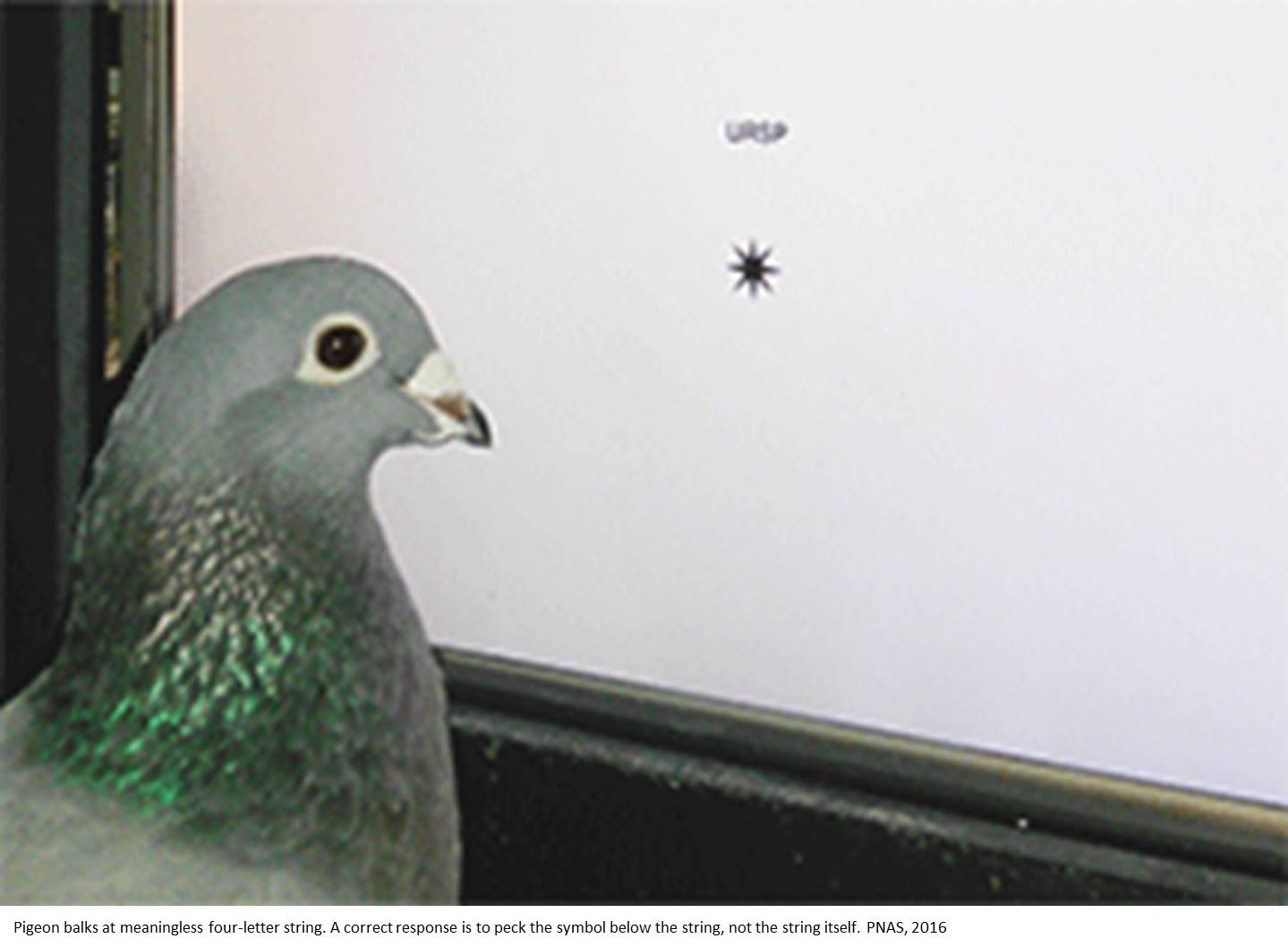 Researchers have previously reported that baboons can distinguish between words and meaningless strings of letters, suggesting that word recognition may not be unique to humans.

Researchers trained four pigeons (Columba livia) to distinguish four-letter words from nonwords by presenting thousands of strings of letters, including words, on a computer monitor in an experimental chamber.

The authors tested the birds’ ability to use the statistical properties of words rather than memorization to correctly identify words that had not been presented during training. After training, the pigeons recognized between 26 and 58 words.

When shown novel combinations of letters, the pigeons recognized words at a frequency above statistical chance; the large number of items presented during the tests helped eliminate memorization as the basis of the birds’ performance.

Tests of the pigeons’ tendency to misidentify words containing transposed letters (“very” vs. “vrey”) suggested that the birds were responding to the relative positions of letters within words through visual cues extracted from them. Further, the pigeons appeared to recognize that certain letters were often juxtaposed within words.

The findings suggest that the pigeon visual system, which diverged from the human visual system around 300 million years ago in evolution, can be co-opted for word recognition. According to the authors, birds might serve as models for exploring the origins of language.