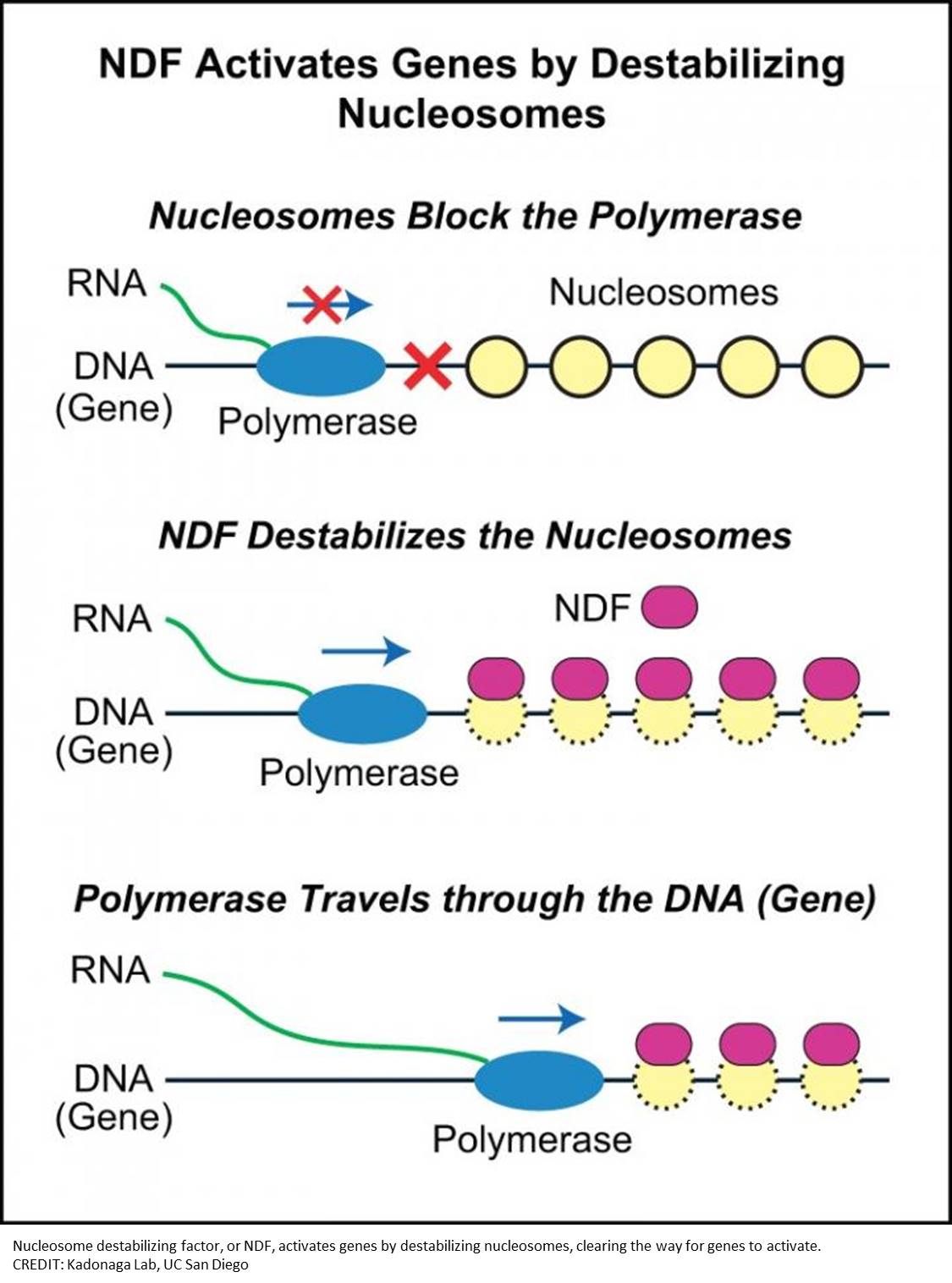 Until human genes are activated, they are blocked by structures known as nucleosomes, components that serve to package DNA inside cells.

For the past several decades, scientists have been trying to determine how these nucleosome roadblocks clear out to allow genes to be turned on. Now, a team of scientists have identified a key factor that partially unravels nucleosomes and clears the way for genes to activate.

The identification of "NDF," or nucleosome destabilizing factor, is described in the journal Genes & Development. The researchers say the finding provides a new perspective on how genes are turned on and off--knowledge useful in the study of human diseases such as cancer, which can be caused by improper gene activity.

Genes are special functional segments in our DNA, which is a long molecular chain of genetic instructions. When genes are turned on, an enzyme named RNA polymerase travels along the DNA and makes a working copy (RNA) of the DNA. Here, nucleosomes, which look like beads on the DNA chain, pose a problem as they block the passage of the polymerase. This led to the question: How is the polymerase able to travel through nucleosomes?

The answer emerged with the identification of NDF, which destabilizes nucleosomes and enables the progression of the polymerase. The researchers say NDF's makeup suggests that it is broadly used in perhaps all human cells and may play a role in disease.

Upon transcriptional induction, NDF is recruited to the transcribed regions of thousands of genes and colocalizes with a subset of H3K36me3-enriched regions. Notably, the recruitment of NDF to gene bodies is accompanied by an increase in the transcript levels of many of the NDF-enriched genes. In addition, the global loss of NDF results in a decrease in the RNA levels of many genes.

"NDF is present at abnormally high levels in breast cancer cells, and the overproduction of NDF might be partly responsible for the uncontrolled growth of these cells," said the senior author. "Thus, the identification of NDF resolves an old mystery and reveals a new factor that may have an important role in many aspects of human biology."